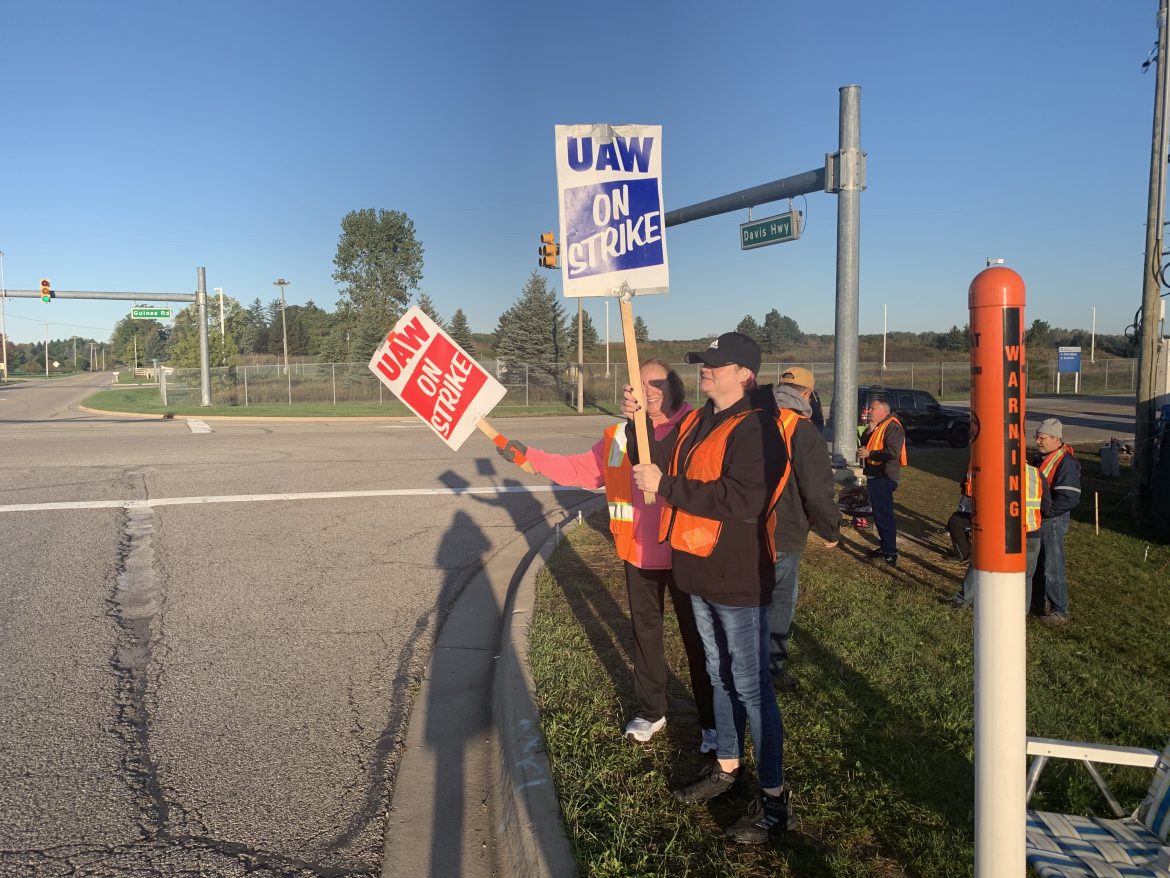 On a brisk, 41 degree morning, the streets leading up to General Motors Co.’s Lansing Delta Township Assembly are barren.

More than a month into the United Auto Workers strike against GM, the trucks and cars that ferry workers and parts to and from the sprawling car plant are gone. Instead, striking workers are stationed at the main intersections near the plant, raising their picket signs.

The UAW GM National Council is scheduled to vote Thursday on a tentative deal that would end the strike, the union said today.

With so many employees out of commission for the time being, GM and its employees are taking a hit. But, they are not the only ones who are negatively affected by the strike.

Some of these workers say the strike is forcing them to make tough spending decisions that could affect local businesses. Striking UAW members have received $250 a week in strike assistance pay since the second week of the strike. That amount was raised to $275 starting Oct. 13.

“I mean, imagine how much we buy every day,” said Brian Porter, a material handler in the Delta Township plant for General Motors. “Every day we usually spend money, but now, with thousands of plant workers not getting paid, and our suppliers then not making money, no one is spending money. People aren’t spending $100 on gas every week or going out to eat if they aren’t getting paid. So that has a huge affect on even just the businesses down the street from the plant.”

Porter has worked for GM for 21 years. As a member of the labor union, he is required to picket once a week while the strike lasts. Porter said  one of the main issues in the strike for him is equity for temporary workers in the plant.

GM and other automakers employ temporary workers at lower wages and benefits than its full-time plant workers.

“Say you and I work the same job, but I make $30 an hour but you’re a temporary worker so you make $15 an hour,” Porter said. “We come into work at the same time, do the same job and if there’s overtime, they’re probably going to let me go home and make you stay. And you don’t get any benefits even though you’ve been working in the plant for three, four years because they won’t actually hire you. That’s not fair and that’s not right, and that’s really what we are fighting for — we want everyone to be treated equal.”

GM quality worker Kathy Berry is also feeling the reality of not working every day.

“(My daughter) Kellie and I went shopping yesterday and we found ourselves saying ‘Yeah, if I wasn’t on strike, I’d buy that,’” Berry said. “I mean, we definitely are looking at our bank accounts and not knowing how long we are gonna be out. We’ve got to start waiting for Christmas, you know.”

Berry’s daughter, Kellie Bowden, works in the Delta Township plant in the same position as her mother in quality assurance. She and her family are trying to save money h by not going out to eat as much and not going to the store unless it is necessary. When she has gone out in the past several weeks, she noticed that it isn’t the same sort of clientele that the small businesses normally have, and it is impacting the community.

“As a union member, we’re not here for ourselves — we wish everyone could be union members,” Bowden said. “It’s not that we are greedy, overpaid people, we just understand the value of hard work, and that everyone deserves to be compensated for their work. Hopefully this impacts the community enough to know that this is how we feel, we’re not just in it for ourselves.”

Berry said she is grateful to the community for supporting union members.

“We have had wonderful community support, several different restaurants have offered different discounts,” Berry said. “It feels good to know that people appreciate that we are out here fighting for everybody, not just us. “We just hope it’s over soon.”