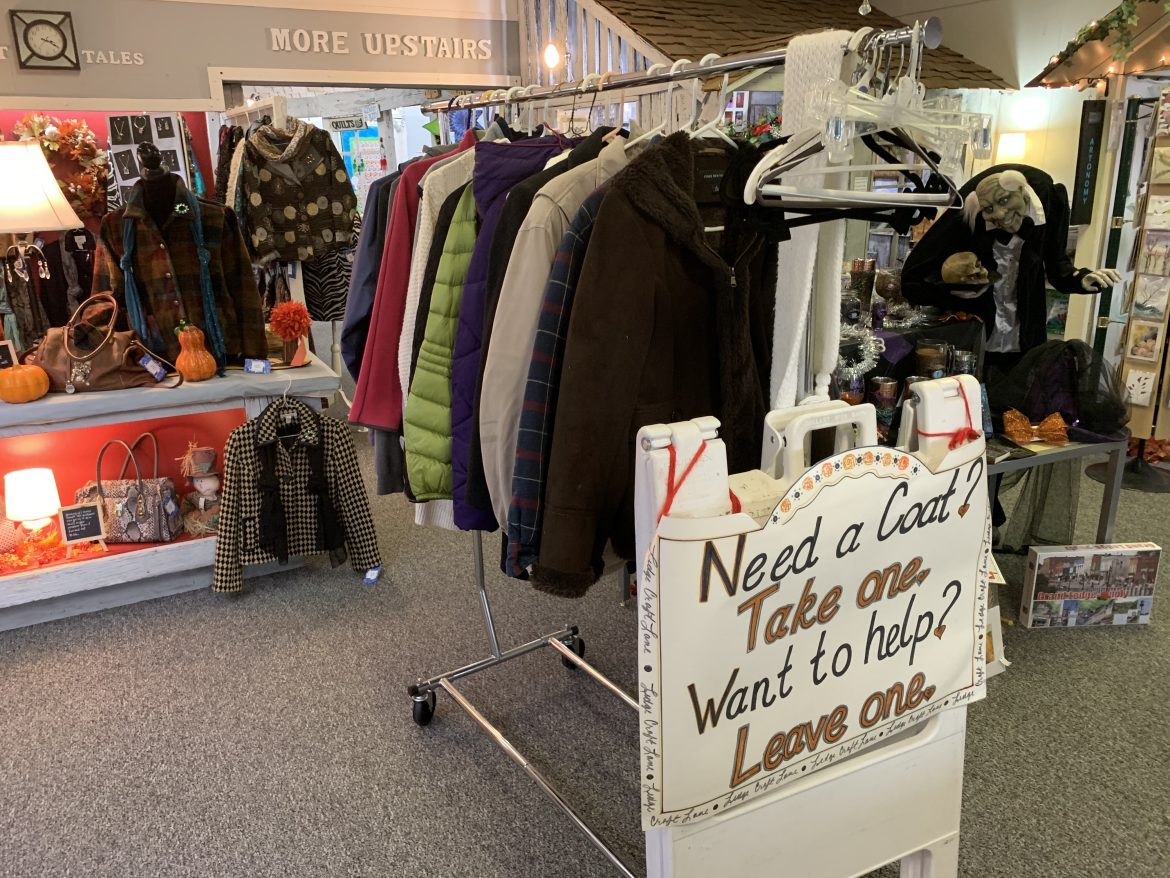 Ledge Craft Lane collects coats during its annual coat drive and then puts the coat rack outside at night for anyone to take.

She noticed one of the workers at a construction project across the street was not dressed for the weather and encouraged him to grab a coat from their rack during the annual Ledge Craft Lane coat drive. He told her that since he was able to afford a coat — he had just forgotten his that day — he felt wrong taking one.

But Lapp said since he was in need at that moment, he should have one, and that next winter he could bring one back to someone else in need. He said he would.

“Three years ago one of our ladies was out gallivanting around for the summer and saw something very similar (to the coat drive),” Lapp said. “We were looking for a way to do something for the community, and our shop is by the water, and it gets even colder the closer to the water you are. So, we thought, what better way to give back?”

Their coat drive brought in more than 300 coats in the inaugural year. The second year grew even bigger, and Ledge Craft Lane also collected other winter accessories such as mittens, hats and scarves.

“It was very well received immediately,” said Anne Burwick, president of the board of Ledge Craft Lane. “It feels good to those that give and the appreciation that we have witnessed in those we helped has been amazing. Mothers getting warm jackets for their children is the best.”

Anyone can bring a coat to the shop throughout the late fall and winter. The shop then puts coat racks outside at night so that people can take one without the pressure or judgement of anyone seeing them. This happens daily as long as people continue to bring in coats and winter accessories — it could last from the first week of winter or until the holiday season is over.

“We keep it out in front of our store where they can select in privacy,” Burwick said. “It’s amazing, when we pull the rack in from an evening there will be many gone and many new ones on the rack. Very rewarding for all participants.”

“My favorite thing is to see all the wonderful people locally who bring in their jackets to give,” Lapp said. “They know it’s so useful and it’s actually going to someone, and it’s not someone wasting it.”

Each year, the nonprofit hosts various events for the community, such as art demonstrations or what the shop calls “Make-it, Take-it” activities.

“As a nonprofit, the community helps us. They keep us alive. We want to give back, and it was a little something we could do back,” Lapp said. “It takes one coat to change a person’s life. If we can provide someone with even a little warmth, we’ve done something good.”