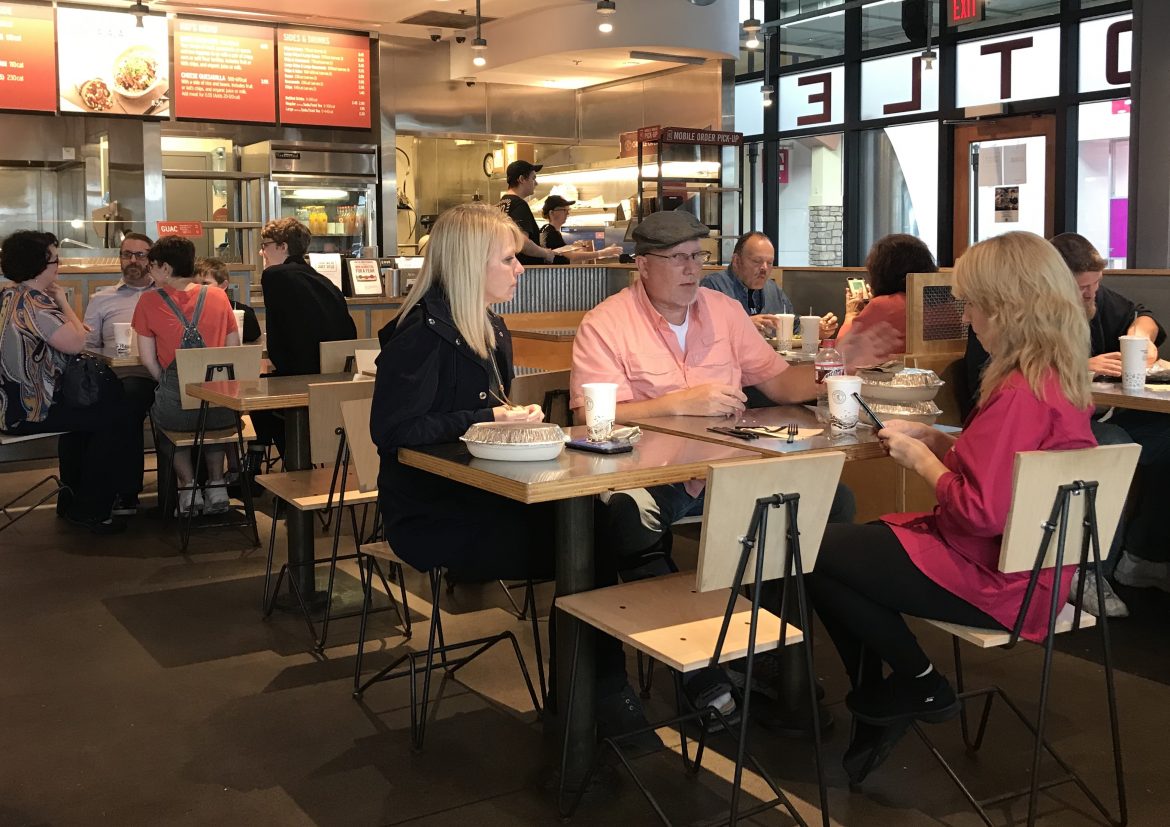 Chipotle Mexican Grill customers eat at the Lansing Mall restaurant. Construction has started to relocate the restaurant to a new, freestanding building nearby.

The Chipotle Mexican Grill in the Lansing Mall is relocating to a free-standing building in a nearby shopping plaza.

The new restaurant will sit on just over a half-acre at the Delta Center shopping plaza, near the intersection of Mall Drive South and West Saginaw Highway, Delta Township’s Planning Director Gary Bozek said. The 2,460 square-foot building will have an occupancy of 66 people, which includes employees and customers. The restaurant’s location will also feature a drive-through window — something the mall location doesn’t have.

“It seems to be the trend that all these restaurant businesses want to cater to people driving cars,” Bozek said. “It’s mostly an observation, but these drive-through concepts seem to be successful.”

But some customers of the current location aren’t looking forward to the move.

“I hate the idea of them moving,” Robbins said. “There’s enough space already in the area and we are continually building when there are other places already here.”

Having a drive-through window is a new concept for Chipotle, Bozek said. This concept is known as “Chipotlanes.”

There are 20 Chipotlanes open among the restaurant’s 2,500 locations, Wu said. The first Chipotlane in Michigan opened in May in Sterling Heights, she said.

“By the end of the year, we anticipate on having several dozen Chipotlanes open across the country,” Wu said.

The pickup lanes allow customers who order online or via the app to pick up orders without leaving their cars. Customers will have to order in advance to use the pickup window.

“I like that. I think it will make things more convenient. I don’t necessarily like to get out of the car and go into places,” Trevino said. “I would definitely use it. Maybe while leaving work when I’m tired and just want to buy food and go home.”