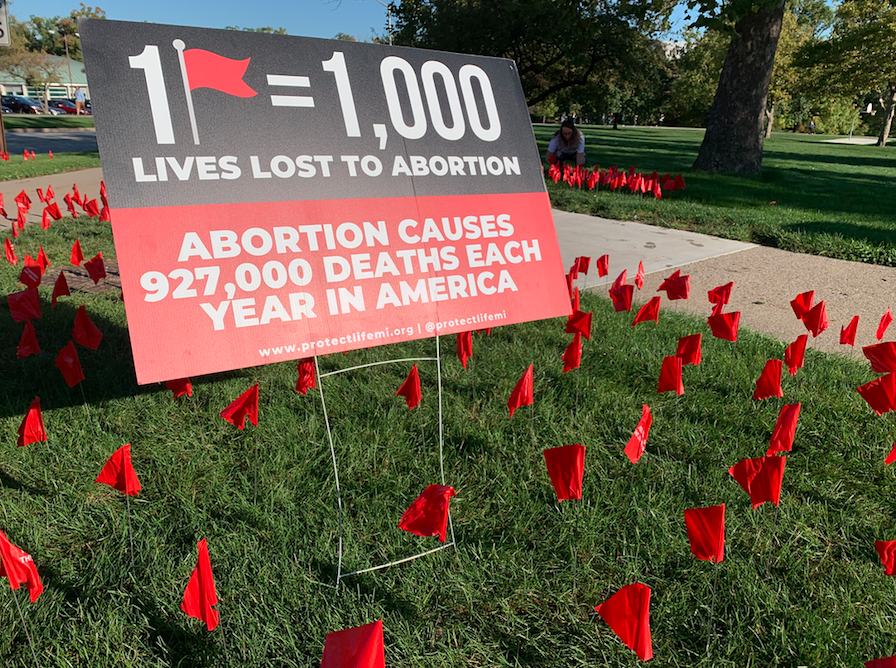 The group placed 927 red flags on the corner of Farm and North Shaw Lanes to bring attention to lives lost to abortion.

“Our goal is to raise awareness,” Christen Pollo said. “Help people figure out what they believe about the issue.”

“This display represents the 927,000 abortions that are done every year in America,” Pollo said.

The goal of the display, one of their largest displays, is to raise awareness about how many abortions happen every year.

Pollo said the group believes abortion is a human-rights issue.

“We’re an organization that tries to help women on campus who face unplanned pregnancies and love and support them… make them feel like abortion isn’t their only option,” she said.