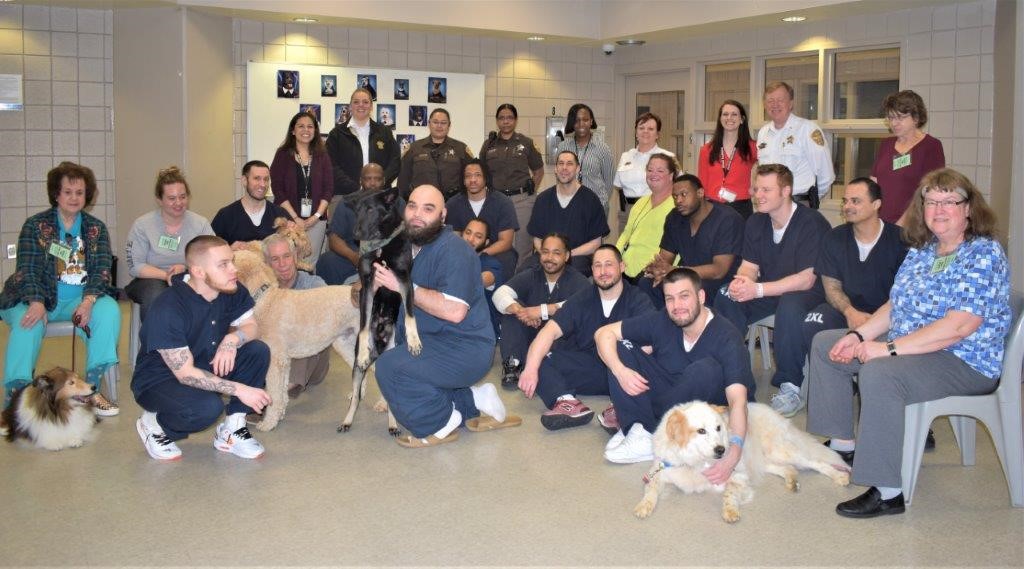 Highly trained, specialized service dogs have been used to improve the physical and emotional health of countless Americans. A new pilot program in Arlington County is integrating service dogs into therapy for inmates in correctional facilities. This program is being led by the Arlington County Sherriff Department and is partnered with People Animals Love (PAL), a D.C. based nonprofit.

“Animals give us so much love and joy and expect absolutely nothing in return; that shows a lot of vulnerability and trust in others,” said mental health therapist for Arlington county detention facilities Sonia Shuhart.

“The inmates brought this idea to the attention of mental health therapists Aubrey Graham and Sonia Shuhart during Moral Reconation Therapy group,” said Cpt. Gretchen Foster of the Arlington County Sheriff’s Office. Foster is the assistant director of corrections and inmate services for Arlington.

“After seeing the excitement of the inmates talking about the possibility of pet therapy it motivated us to research the benefits of pet therapy,” she said.

Moral Reconation Therapy (MRT) is common therapy model to reduce the rates of recidivism in correctional facilities. In a 2012 study by the International Journal of Offender Therapy and Comparative Criminology, researchers found that MRT was successful in lowering recidivism through therapy sessions that consisted of relationship assessment, positive reinforcement, frustration tolerance, and development of higher moral reasoning.

The Sheriff’s Department along with PAL decided to test the effectiveness of integrating service animals into MRT at the advocacy of inmates.

People Animals Love (PAL) was founded with the mission of promoting the relationship between people and animals. They have been implementing pet visit programs throughout the community for years. “In the Pet Visit Program, extraordinary dogs give love to all sorts of people in all sorts of places – the elderly in nursing homes, families grieving in hospice, children frightened in the hospital, and military veterans recovering from energy,” according to the PAL official website.

In a 2015 study on the effect of service animals on inmate’s health conducted by the University of Saskatchewan, researchers noted that the most common attribute of inmates was trauma. Service animals were found to be successful in creating a safe space for inmates to communicate and heal. Dogs were effective in allowing inmates and patients to lower their defenses so that a healthy connection with the therapist could be established.

The first session with Arlington county inmates was a success, according to Haworth and Foster. The program is still in its beginning stages but Haworth says they anticipate to visit the correctional facility again by the end of summer.

I am journalism senior at Michigan State University based in Washington, D.C.