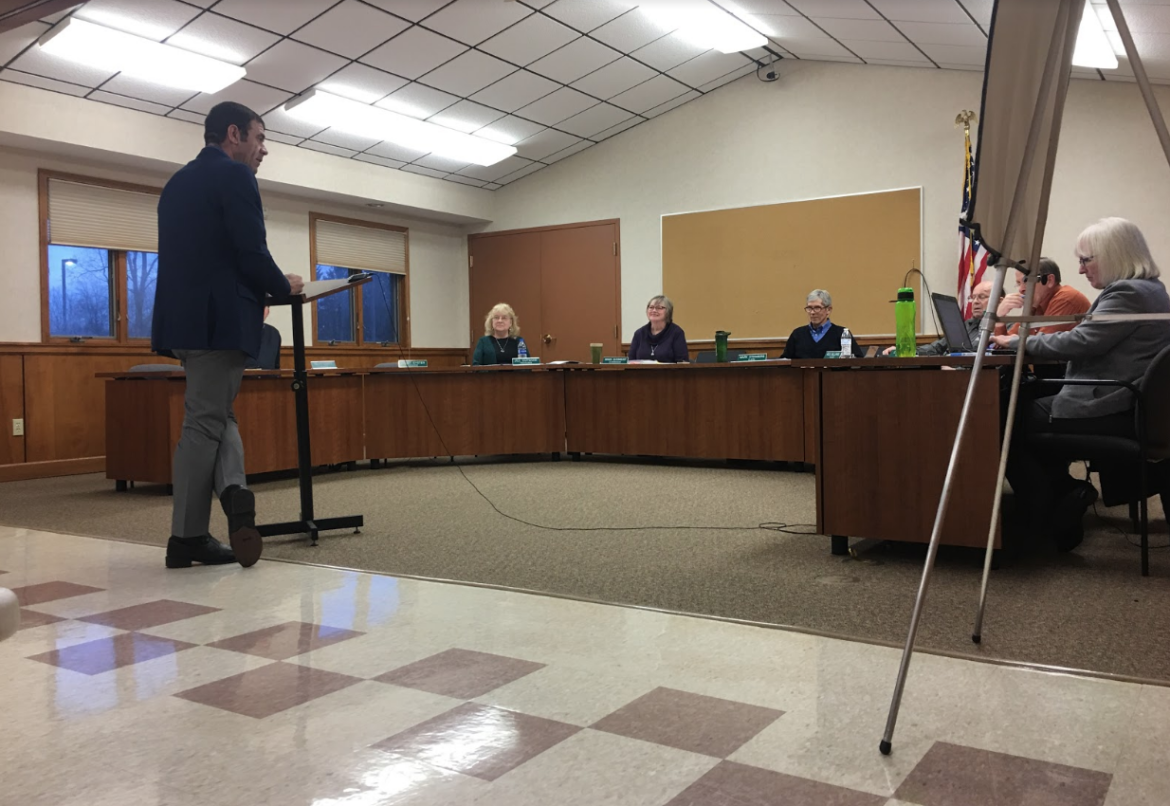 Brian Tort, of the Williamston Sunshine Rotary Club presented the Williamstown Board of Trustees with a $3,000 grant during the March 13 meeting. The grant will be used to help with the River Trail clean-up.

After a long discussion during the Williamstown Township Board of Trustees meeting on March 13th, members passed the 2019-2020 budget.

The budget for the fiscal year did not appeal to Trustees John Kane and Kevin Duffy due to the compensation commission attachment that suggested the trustees and other elected officials of the township get slight raises.

“I think that it is hypocritical to vote for a raise,” Kane said. “Everyone knew the length of the term and the compensation for their time when they were going into office.”

Kane said he would be fine with approving the compensation commission for future elected positions; however, did not feel comfortable approving it while he was mid-way through a term.

Williamstown Township Clerk Mark Steinberg said they often have to take the responsibility to accept or reject proposals that affect themselves.

“That’s just how it is,” Steinberg said. “The public who voted us onto the board trusts that we will put our best decision forward.”

Trustee Janet Eyster said the budget is a good guide to the priorities of an organization. She said she carefully reviewed each item on the current budget and the changes that would be made with the new budget.

“You have to put money where your priorities are,” Eyster said. “Passing the budget determines where we are heading this next year.”

The 2019-2020 budget was later passed with the compensation commission and amendments after no further discussion was needed with a vote of five to one. Brian Tort, of the Williamston Sunshine Rotary Club, presented the Williamstown Board of Trustees with a $3,000 grant during the March 13 meeting. The grant will be used to help with the River Trail clean-up.

During the meeting the board received a grant from the Williamston Sunshine Rotary Club for $3,000 in efforts to help with the River Trail Cleanup that will be occurring this spring.

Steinberg and Supervisor Wanda Bloomquist said they were very fortunate to receive the grant. Brian Tort, on behalf of the Rotary Club and was present at the meeting, said the club is more than happy to help with the efforts of the cleanup.

“The new Trails Committee meets on March 25 to discuss the next steps of the cleanup,” Bloomquist said. “We are looking at getting draft horses and oxen to help with some of the larger log jams.”

The River Trail cleanup will take place in late April to move nearly 30 log jams in the town of Williamston and the township. The date for this event is undetermined at this time. Contact Wanda Bloomquist at bloomquistw@williamstowntownship for more information.