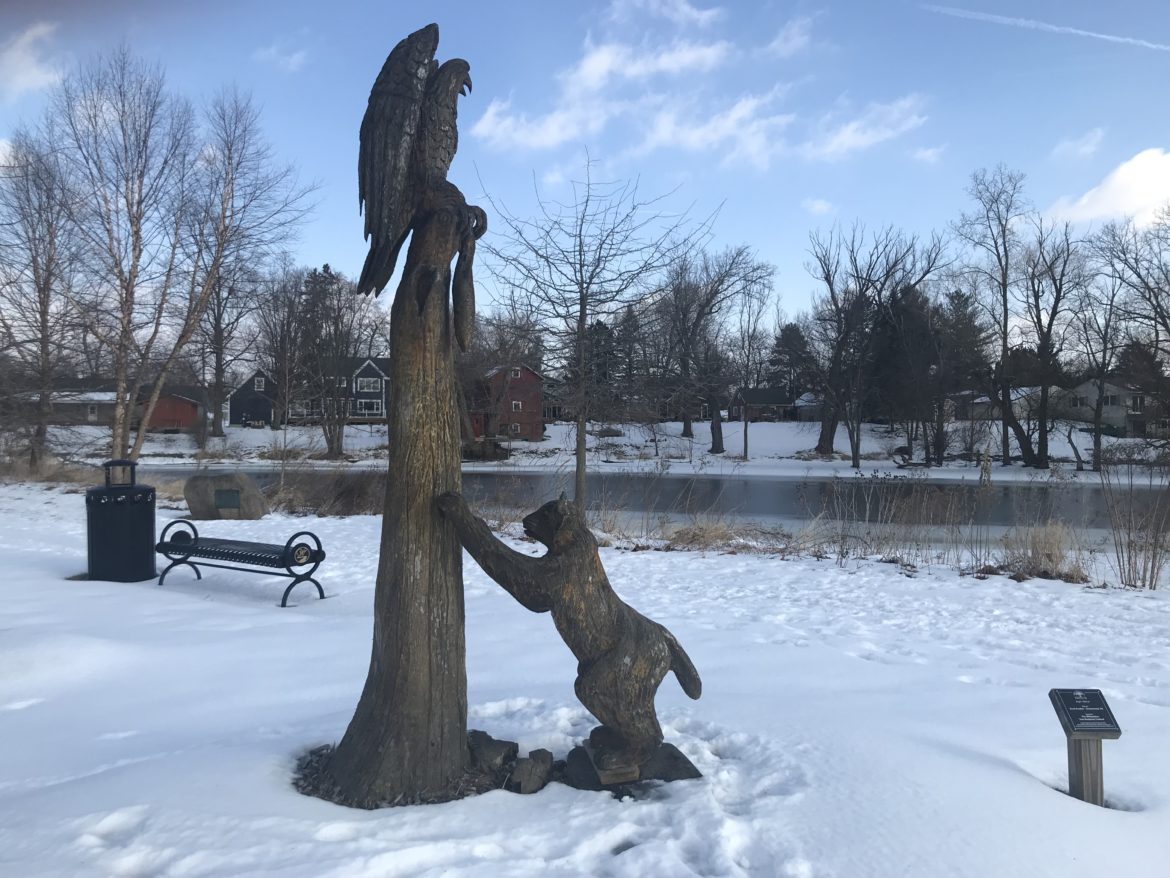 Williamston is applying for a grant that would maintain wooden sculptures such as this one in McCormick Park.

If Williamston receives a $10,000 grant from the Lansing Economic Area Partnership, it will put the funds toward replacing the wooden sculptures at the McCormick Park.

LEAP is a “coalition of area leaders committed to building a prosperous and vibrant region where businesses can thrive” and is an economic organization that represents the Tri-county region of Ingham, Clinton and Eaton counties in partnership with the Michigan Economic Development Corporation.

“Every year we give out three $10,000 grants for placemaking,” said Keith Lambert, vice president of business attractions at LEAP, which has awarded 25-30 grants total.

Lambert said the selection process regarding who receives the grant is decided by a placemaking committee review group that consists of 75 members.

Holly Thompson, the clerk and DDA Director for Williamston, submitted the grant application to LEAP, and she is looking forward to the opportunity.

“We love our parks, and we are such a family-oriented community,” said Thompson.

Thompson said due to water damage some of the sculptures have started rotting, and some of have already been taken out.

“The LEAP Grant for Art will give Williamston the ability to bring in an artist to create something new, said Thompson.

“Historically, those wooden sculptures were all trees that were standing and were damaged during our 2008 tornado that came through,” said Gilroy.

“In order to preserve those trees, we had an artist come in and do those sculptures and unfortunately, we did not preserve them the right way, so over time, nature took its course,” said Gilroy. The eagle sculpture displayed at McCormick Park in Williamston.

Gilroy said Williamston is really starting to develop a neat artist community, and she is really excited about the possibility of putting the grant forward.

“It was really a no brainer for our council to decide to become members of LEAP,” said Gilroy. “They are out there helping to promote Williamston,”

Gilroy said LEAP’S Art Grant is an amazing opportunity for many different communities.

Corey Schmidt, the city manager for Williamston, said: “Some of those structures are reaching the end of their useful life, which is sad because they really are a wonderful addition to the park. If we are fortunate to get this grant this would start the process to replace some of those with a similar type structure.”

Thompson and Schmidt said they are expecting to find out whether they are approved for the grant in March. Another sculpture displayed at McCormick Park.