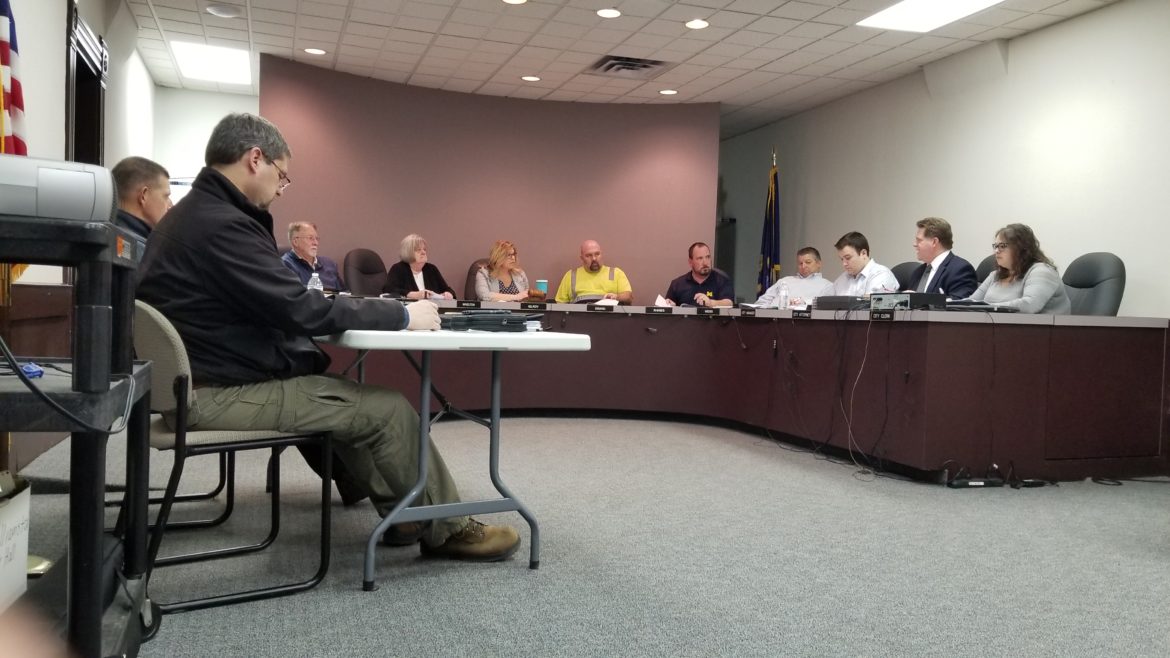 Questions of employee safety came up when city council members continued to discuss the recently vandalized bathrooms at McCormick Park, as they did last month.  Council member Dan Rhines wanted to know what employees should do in situations such like this.

“We had a situation a couple of years ago where we had a group of people specifically targeting municipality maintenance barns for robbery,” said Rhines. “They hit Williamstown Township, Dewitt and Perry. One thing I noticed is that we have no direction for employees if they show up and the buildings have been broken into to.”

Police Chief Bob Young said he doesn’t necessarily think a policy is needed for an event such as this.
“The most important thing is that the proper police authority is contacted,” said Young. “I don’t think we necessarily need a policy.”

Rhines was still concerned about whether the employees should stay inside or go in the building that was broken into.

Mayor Tammy Gilroy chimed in saying its common sense to stay out.

“I would think you would want to add that they should stay outside until proper officials arrived on scene,” said Gilroy. I think it’s just common sense, but still add that in there.”

This week, on March 11, the City Council met once again and talked about the McCormick park public restrooms

“I know we had some vandalism in the bathroom down at McCormick park,” said Belanger, a council member. “Have they all been fixed and opened up to the public yet?”

City Manager Corey Schmidt said the bathrooms are still out of commission for the time being but should be back soon.

“They have not been opened yet,” said Schmidt. “We have been having lots of discussions at staff on what to do there in addition to what happened inside there. We have been exploring some ways of possibly deterring that in the future.”

Schmidt and the city staff want a way of stopping vandalism as another public facility has been vandalized recently,” said Schmidt. “They have delayed fixing the bathrooms until a plan is in place.

“We have also had some vandalism at another public facility. We do recognize the sun is coming out and we have to get them open soon, but we didn’t want to do that without having a plan. I think we are really close.”