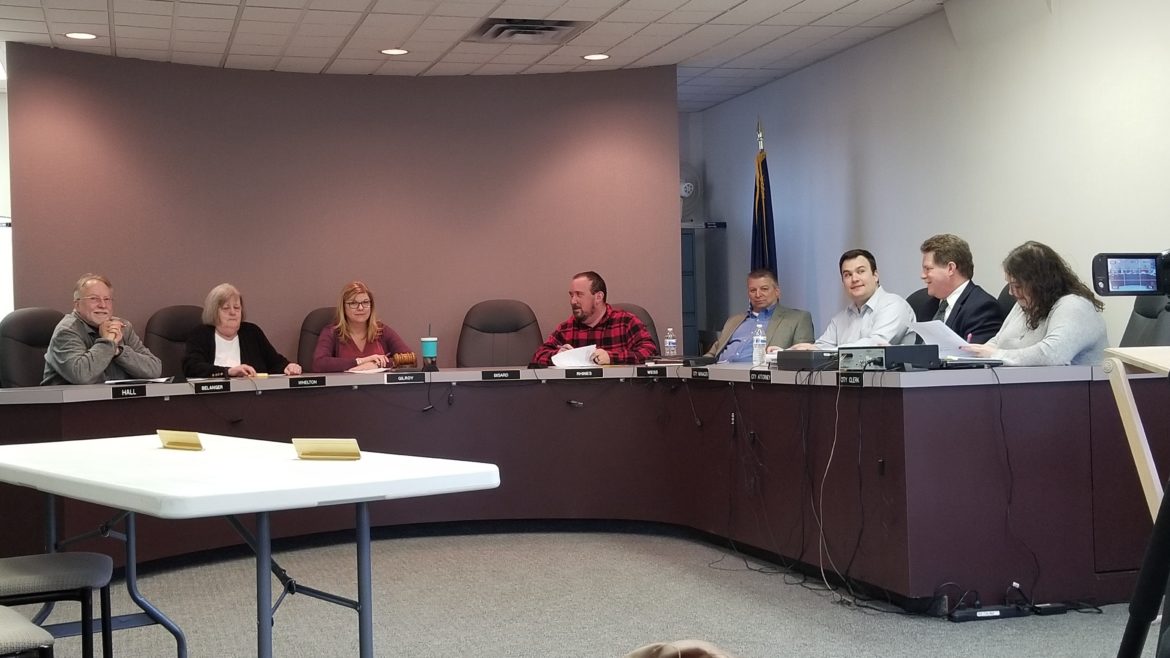 On March 11, the Williamston City Council finished its meeting in a record 13 minutes.

Mayor Tammy Gilroy went through the formalities of the meeting, the call to order, Pledge of Allegiance and roll call.

No Williamston residents attended to raise issues during the audience participation, shortening the meeting.

In the first of three action items, the council approved the sale of alcohol at McCormick Park on July 14, for Weekend Survival Kits, a charity, as they obtained the licenses they needed for the second Williamston International Festival of Lagers.

There was one action item that would have benefited the absent police chief, the discussion of an ordinance amendment regarding minors in possessions of alcohol.

“We keep finding little snippets in ordnance that we are reviewing against state law,” said City Manager Corey Schmidt. “There’s not necessarily an urgency. We are just trying to gradually clean these ups.”
Schmidt said issues like the city firework ordinance and the minors in possession of alcohol ordinance don’t match state law.

The minors in possession of alcohol ordinance had its first reading that night.

“The first offense is a civil infraction, but any subsequent offense would be a misdemeanor,” said City Attorney Timothy Perrone, as he cleared up some questions asked by other council members.

In the city manager’s report, Corey Schmidt mentioned an issue with the city water treatment plant.

“We are having a bit of an issue at the water treatment plant with the force main that carries backwash from the treatment process into the sewer system,” said Schmidt.

The city engineer has been working with the City staff for fixes.

“If it comes to the point where we can’t simply get this fixed, with some other treatment, we may have to look at replacing that force main,” said Schmidt. “That would be in the tens of thousands of dollars … It’s becoming an emergent issue.”

Council Member Noah Belanger asked Schmidt about vandalism that happened a few weeks ago to a public location.

“I know we had some vandalism in the bathroom down at McCormick Park,” said Belanger. “Have they all been fixed and opened up to the public yet?”

Schmidt said that they have not fixed them yet, but were also discussing ways to prevent this issue in the future. He said that there has been vandalism at another public location as well.

The city staff are close to finalizing a plan about this vandalism and reopening the bathrooms soon as the weather is getting better.

The mayor found the agenda had been completed very early.

“I just want to thank everyone for being here this evening,” said Gilroy. “I am going to go ahead and call to adjourn this meeting at 7:13 p.m., that’s a record!” Gilroy said as the council cheered and laughed.