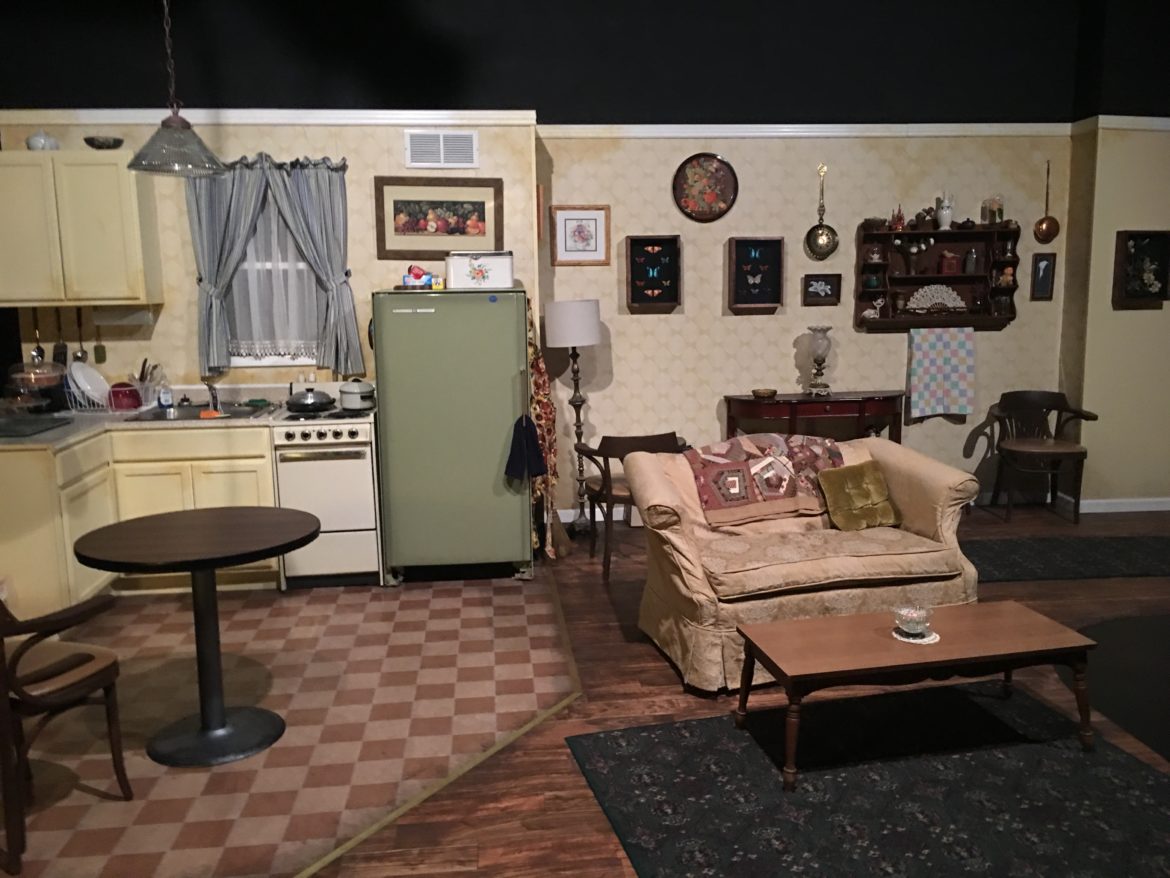 The set of the Williamston Theatre's 75th production, To Quiet The Quiet. The Williamston Theatre, located at 122 South Putnam St. in Williamston, is in its 13th season.

Chatter filled the Williamston Theatre on Feb. 16 as locals and theatre junkies settled into their seats, ready for “To Quiet The Quiet” to begin.

The Williamston Theatre, located at 122 South Putnam St., had nearly 90 guests in its 100-seat house to take in the show that would mark a milestone for the theatre.

The 75th production since the theatre opened its doors performed the final show of the “To Quiet The Quiet” on Feb 24.

“The part (that) affected me the most was when she (the main character) had the personality shift,” said Karen Kangas-Preston, a designer at the theatre and employee at Michigan State University. “You started to really see that something was going on that was different.”

Artistic Director of the theatre, Tony Caselli, said the production is a psychological thriller about a woman who has had some hard times in her life.

“We chose it because of the small cast and really liked the story and the mystery vibe,” Caselli said. “We don’t do a ton of those so for us it was fun to go with a play that makes people want to talk about life afterward.”

Domer, an employee at MSU is also a board member and designer at the theatre, said the length of the production is very attractive for non-theatre goers.

“It’s a different type of thing than Williamston usually does, to have sort of an eerie thriller,” Domer said. “It’s not typical for the season.”

Caselli said with the help of some of the other directors who work for the theatre, they pick the six-production season.

“A lot of things that we do are plays that make you laugh, cry, and want to call someone you love,” Caselli said. “The rest are a mix of other genres with just a little substance and some comedic relief.”

Skillman said she agreed with Domer on the unnatural aspects of the play; however, being a playwright, she looked at it through a different lens.

“I appreciate the time that was put in to think about the plot twist and the craft of the story,” Skillman said. “I think the thriller aspect would be really exciting for audiences.

Opening night for “To Quiet The Quiet” was held on Jan. 24, and Caselli said the reaction the audience had to the play was fascinating.

He said they do a week of preview performances where the actors leave the stage allowing himself and the director to break down what was effective and where the audience got bored.

“After opening night, we didn’t realize that the show was hitting people so hard,” Caselli said. “After the actors left, everyone sat back down and looked around and everyone had the reaction of not having the energy to move.” The set of To Quiet The Quiet is the apartment building of the main character Kathy.

“To Quiet the Quiet” has a cast made up of three individuals, who are no strangers to the Williamston Theatre. Brenda Lane takes on the lead role of Kathy, and John Leopard plays Todd and is the executive director of the theatre.

Rounding out the cast is Steve Wojtas who plays Quinn. Beyond the actors, Caselli said that there are about 10 people who put work into the show who are behind the scenes.

“A lot of people who don’t do theatre, don’t realize how much goes into it,” Caselli said. The collaboration board that hangs in Caselli’s office explains the number of people who are involved in each production to make each show a success.

After “To Quiet The Quiet,” actors will begin rehearsing for the Pulitzer-Prize winning “The Gin Game” that will begin on March 21.

“It’s a funny and heartfelt show,” Caselli said. “It looks at the exploration of life through two older people who are living in a nursing home.”

Ultimately, Caselli says the greatest part of working in the theatre business is impacting people’s lives.

“I get to shape the type of stories we tell that we tell to our community,” Caselli said. “There’s something about being able to do it with other like-minded people and in turn making an impact on the area.”