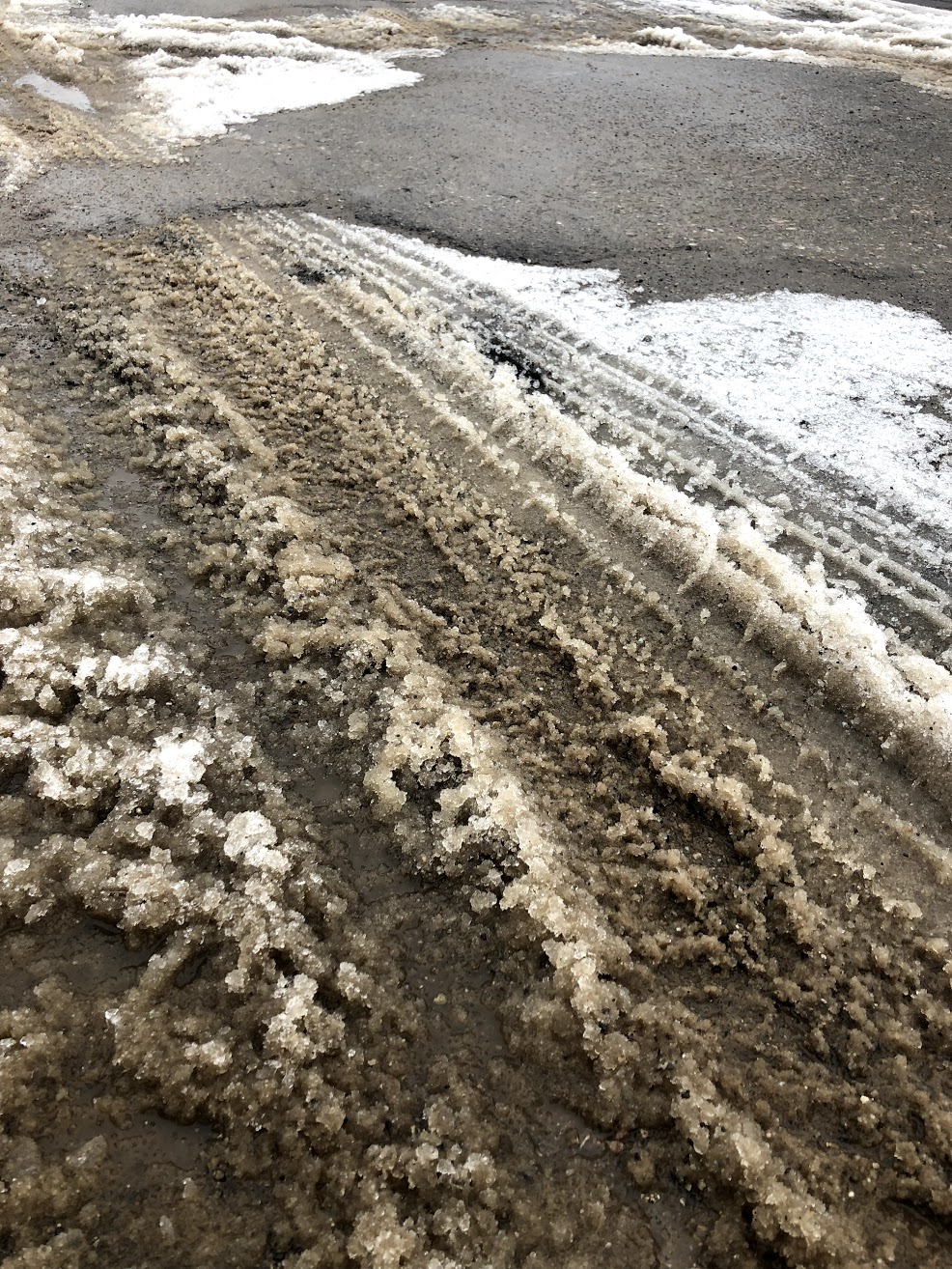 Tire tracks in the remaining snow of a parking lot show how active the town of Williamston has remained regardless of the recent weather fluctuations.

A polar vortex recently swept across the midwest, hitting last week the town of Williamston. With record-breaking wind chills and multiple days of school cancellations, some residents did not need to worry about road conditions.

Road maintenance is manageable in a town this size that consists of only 14 miles of roads and that has sufficient resources, said Scott DeVries, Williamston’s engineer and director of public works.

“The community has invested in a nice amount of equipment, we have adequate supplies, and we add some staff during the winter that are not on our normal staff.” DeVries said.

According to DeVries, the Williamston community has been very supportive of the kind of money the town spends on snow clearing. “The town’s DDA, Downtown Development Authority, devotes some of the money that comes to them to pay the city to help clear the park and the downtown business areas off,” DeVries said.

“They feel that its a service due to the community and that it’s also very good for their businesses so that their customers can get in and out without having the danger of the snow and the ice.” Cars in Williamston, Michigan, are still covered in ice from the last polar vortex and recent ice storms. Even though most of the ice has melted away, the remains of the storm are noticeable.

The staff that works to clear the town of snow and ice puts in a lot of effort. “We shift our duty times when there is a snow event coming, (and) we have staff in the DPW that is very cooperative and willing to work with that,” DeVries said.

“They will start at 2 a.m. if they have to,” said DeVries. “They come in early before everyone is out and about to get all the snow cleared out for the town.” “The roads were okay during the whole storm last week,” said Sandi Davis, a Williamston resident. “I honestly didn’t think they were too bad at all.”

Davis also said Williamston normally kept the road conditions safe during the winter months. “I think the town did a very good job on constantly keeping the roads free of snow and ice,” Davis said. “The roads were less busy than normal but still fine to drive on.” Tire tracks in the remaining snow of a parking lot show how active the town of Williamston has remained regardless of the recent weather fluctuations.

Another resident, Bill Kinney, agreed that the Williamston roads are very good during the winter, especially last week. Kinney said the roads remained pretty clear all of last week. “There wasn’t really any kind of trouble with roads for me last week,” Kinney said.