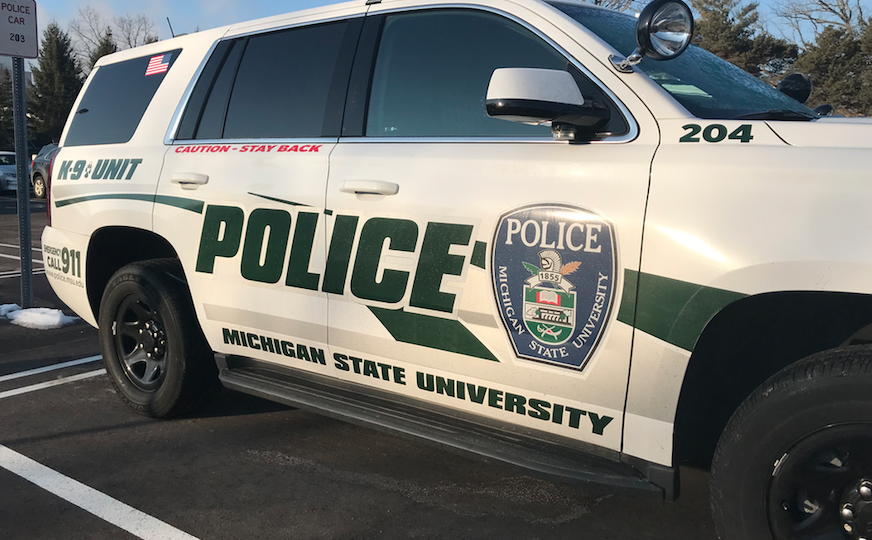 UPDATE- It’s not too often the MSU community gets crime notifications… but the past two weeks have been different.

On Saturday, February 16th, a student reporter their backpack was taken from the East Mcdonnel Hall dorm room, including their laptop, when no one was there. Police said the student later found his missing belongings.

On the 19th, a burglary occurred in the Human Ecology building. It was reported a suspect entered a locked office and committed theft.

The following day, a car was reported stolen from Lot #68 on campus. A set of keys were left in the white 2014 Volkswagen Tiguan.

This weekend, a student in Akers reported money was stolen from their dorm room.

Monday a report was filed claiming an unknown subject took a laptop from a locked room in the Epply Center.

All four cases are open and police are still investigating.

Michigan State Police Captain Doug Monette said studying in groups is a good way to prevent your items being taken.

“The most popular crimes here on campus are crimes of opportunity where things are left unattended,” Captain Monette said. “Take them with you if you go to get coffee or to another place.”

If you have any information, police are asking you to contact the Michigan State Police Department at 517-355-2221.