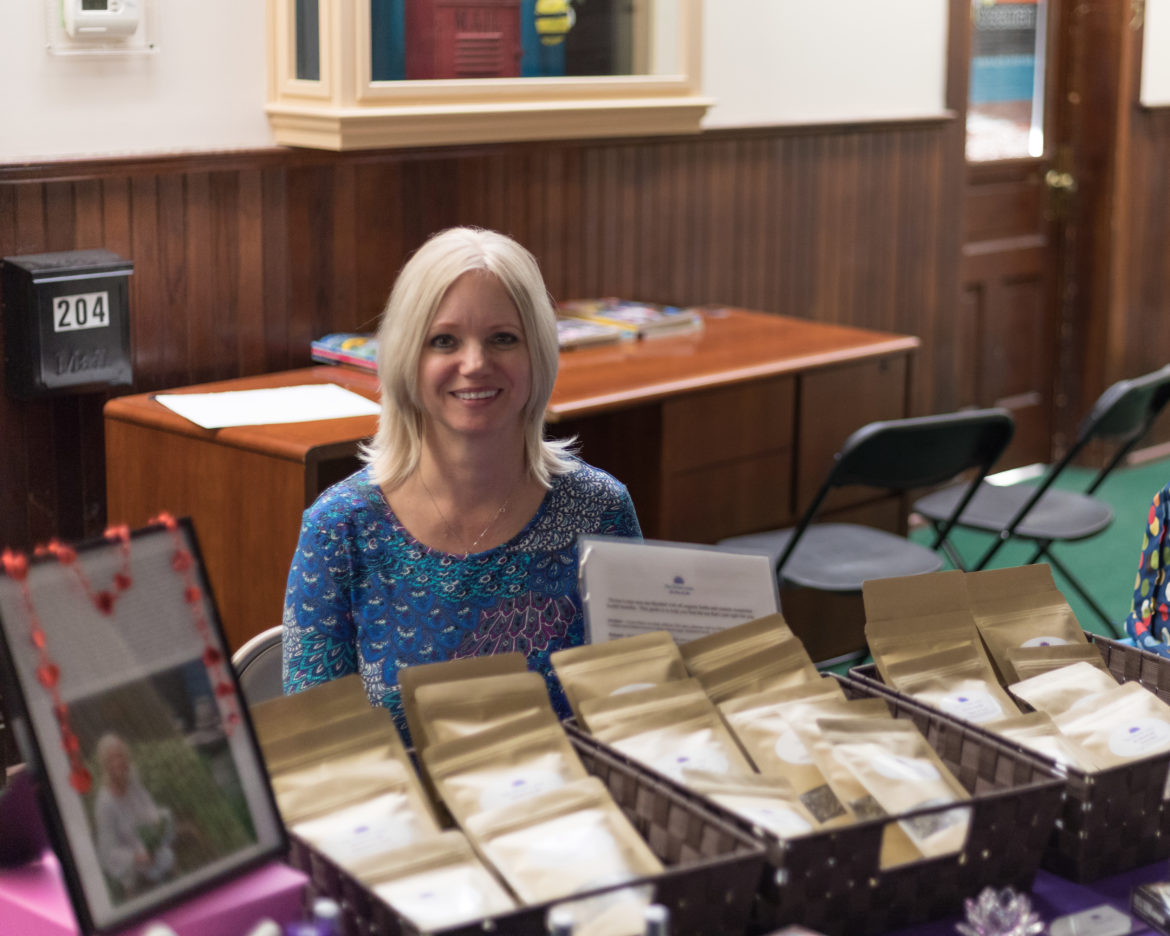 The Williamston Valentine Market took place on Feb. 9 at the Williamston Pop Up Art and Craft Shows on 107 S. Putnam St. The event had free admission and hosted 10 vendors from the Greater Lansing and Williamston areas. The vendors sold handmade pieces that were all related to Valentine’s Day.

Matt Mulford, owner of Peculiar Perspectives, said these events started in January 2016, but this was a special Valentine edition.

Along with co-owning an art studio, Mulford has been hosting pop up craft shows. “It’s a small and intimate show which makes it less stressful to put together on the management end, and the public has more opportunity to meet, and spend time with each exhibitor,” said Mulford in an email. “Which really helps the vendor get the word out about their story, which is so important to a small art or craft business.”

Some people prefer to do their shopping in person because of the connection between maker and customer, Mulford said.

“A part of that person is in each piece they make. As clichéd as it sounds it does hold true,” Mulford said. “I think you’re more likely to be a return customer when you meet the artist in person.”

Employment in craft and fine arts is estimated to grow 6 percent from 2016 to 2026, according to the U. S. Bureau of Labor Statistics.

Melissa Cogswell, owner of The Glass Fox, a store adjacent to the craft show venue, said “I think people are just looking for things to do.

In Williamston they have a closed Facebook group called the Williamston Community Update for people who live in town,” Cogswell said. “The local people find out what’s happening in town through there.”

Davina Kent owns Eve’s Apothecary. At this show, Kent was joined by three of her children who often help her at shows.

The kids helped make sure the booth was set neatly and would ask customers if they had any questions or needed help.

“Our body creams are both handmade, and homemade so they can also help with making things at home,” Kent said. “This is such a great way to teach your kids lessons about business and life.”

Shows like this generate a sense of community, said Kent. “It’s just really hard to beat face-to-face interaction and communication.

“Especially in this Amazon era of convenience and two-day shipping, I think it’s just great to get out and have to interact with people.”

It was her first time at this specific show, but she said, “It has been a great day, I will definitely come back next year.”

The other vendors are so kind to each other and almost always willing to help, Kazee said. “For example, if the show is about to start, and someone else’s table is not entirely setup, other vendors will often come over to give you a hand, and help you get your booth ready before the show opens,” Kazee said.

Overall, the vendor community is kind and friendly, Kazee said. “I think it’s very interesting because not only are the vendors selling their own products,” Kazee said. “But every vendor also has their own story.”

For more information regarding upcoming markets follow the Williamston Pop Up Art and Craft Shows page on Facebook.