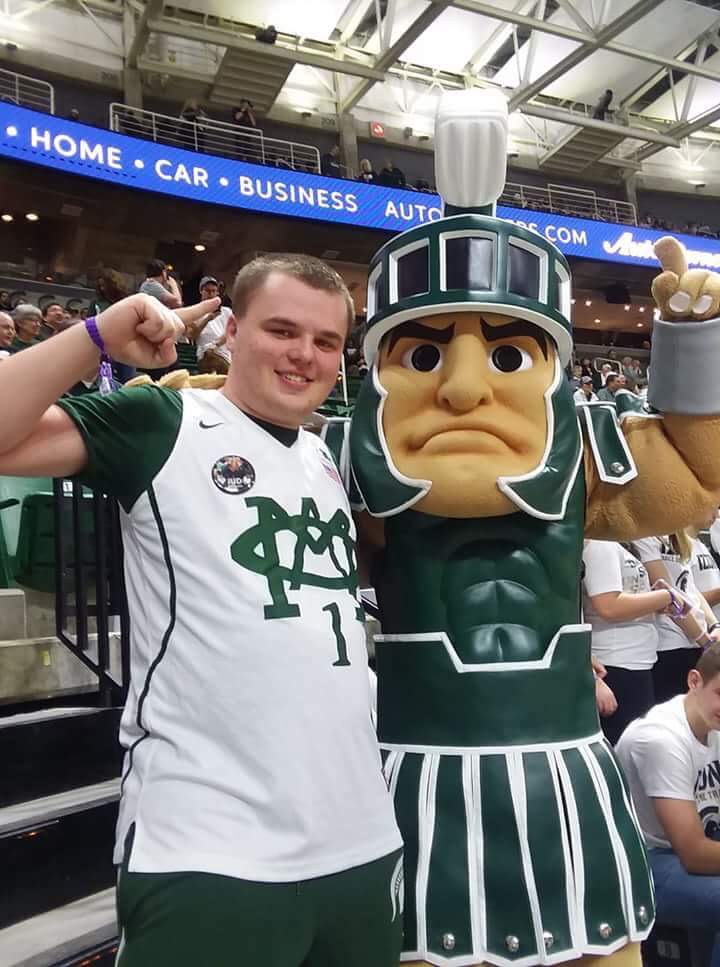 The sounds of 15,000 fans fill the Breslin Center on game days. While the voices of those fans can be an advantage for some players, they can also put added pressure on student-athletes.

Will the fans support athletes when they need it? What if a player has a bad night?

Former Spartan basketball player Delvon Roe, who made an impact in the 2009 Final Four in Detroit as a freshman, said he always handled pressure without issue. Roe is now pursuing a career in acting.

“It wasn’t hard to stay focused when fans expected certain things because usually you expected the same out of yourself,” Roe said. “The focus level isn’t affected by the fans.”

But that doesn’t mean student-athletes can always easily shed fan criticism — either on the court or off — despite efforts to shield athletes from the worst fan behaviors.

Roe said the popularity of social media means there is less room for athletes to make mistakes. On- and off-the-court activities now can easily be spread to thousands or millions of people in seconds.  In 2012, then-redshirt freshman Cardale Jones of Ohio State made headlines with a Twitter post criticizing academic requirements for student-athletes.

“Everyone watching your every move, so kids can’t make too many mistakes or it might stick with them for the rest of their lives,” Roe said.

The Izzone — the MSU student section that fills part of the lower and upper bowls of the arena — is well known for creating an atmosphere to give the Spartans a home-court advantage. Izzone section leader Nick Ignatoski has heard many things in his time as a member of the Izzone. Ignatoski said it’s the sections job to make sure the opposing team struggles to communicate.

“I believe that the Izzone absolutely does put a significant amount of pressure on opposing players and coaches,” Ignatoski said.

Ignatoski, who typically sits behind the visiting bench, said he has never heard players being called out by members of the Izzone by name. Part of his job as section leader is to monitor use of bad language and to keep personal attacks on players from happening.

The Spartan men’s basketball team has more than 420,000 followers on Twitter, and sometimes it is hard to keep criticism coming from fans away from players. It isn’t only the team that monitors what is being said on social media platforms, the Izzone also watches. Ignatoski said he agrees with head coach Tom Izzo that social media can be a negative distraction for players. Nick Ignatoski (second row, left) and fellow Izzone section leaders prepare for the “teal out” in the Izzone on Jan. 31 to raise awareness about sexual assault. Part of the job of an Izzone section leader is to make sure no one is using bad language or saying anything about players on the court. Section leaders can remove students who violate those rules.

“Obviously, Coach Izzo is very vocal about this,” Ignatoski said. “I tend to agree that the less noise players are hearing from the outside, the better.”

As part of his duties as a contributor to Spartan fan pages on Facebook, MSU graduate student Mike Sterner said he is vocal to other members about limiting what is said about specific players.

“I am dedicated to making sure that the pages I run are done so in a manner that promotes a positive representation of our Spartan teams and fan base,” Sterner said. “Constructive criticism is OK at times in my opinion, but the use of personal attacks are not OK.”