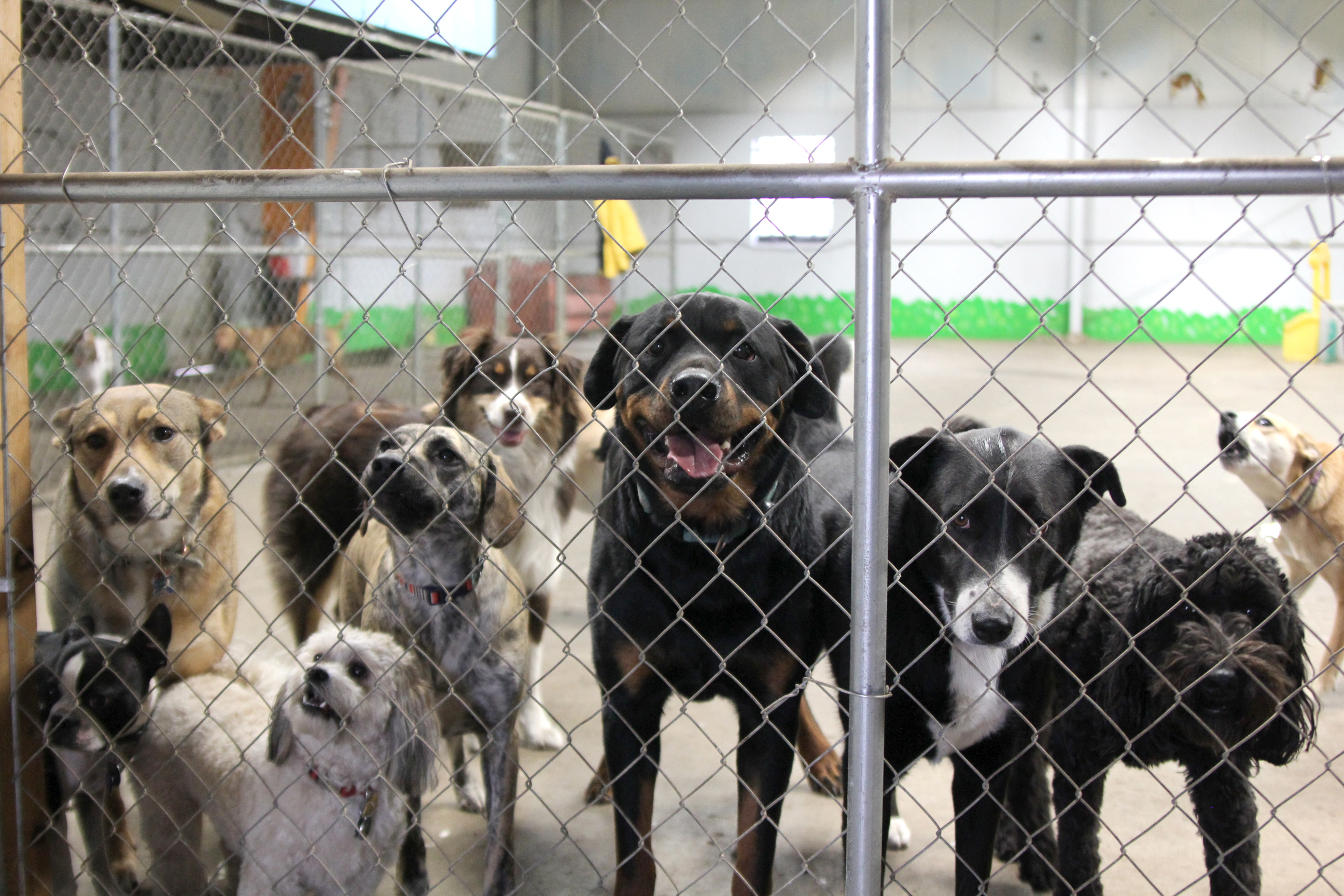 The Mutt Hut opened its doors in December of 2014. Owner Adam Schiedt originally ran his classes out of his house. 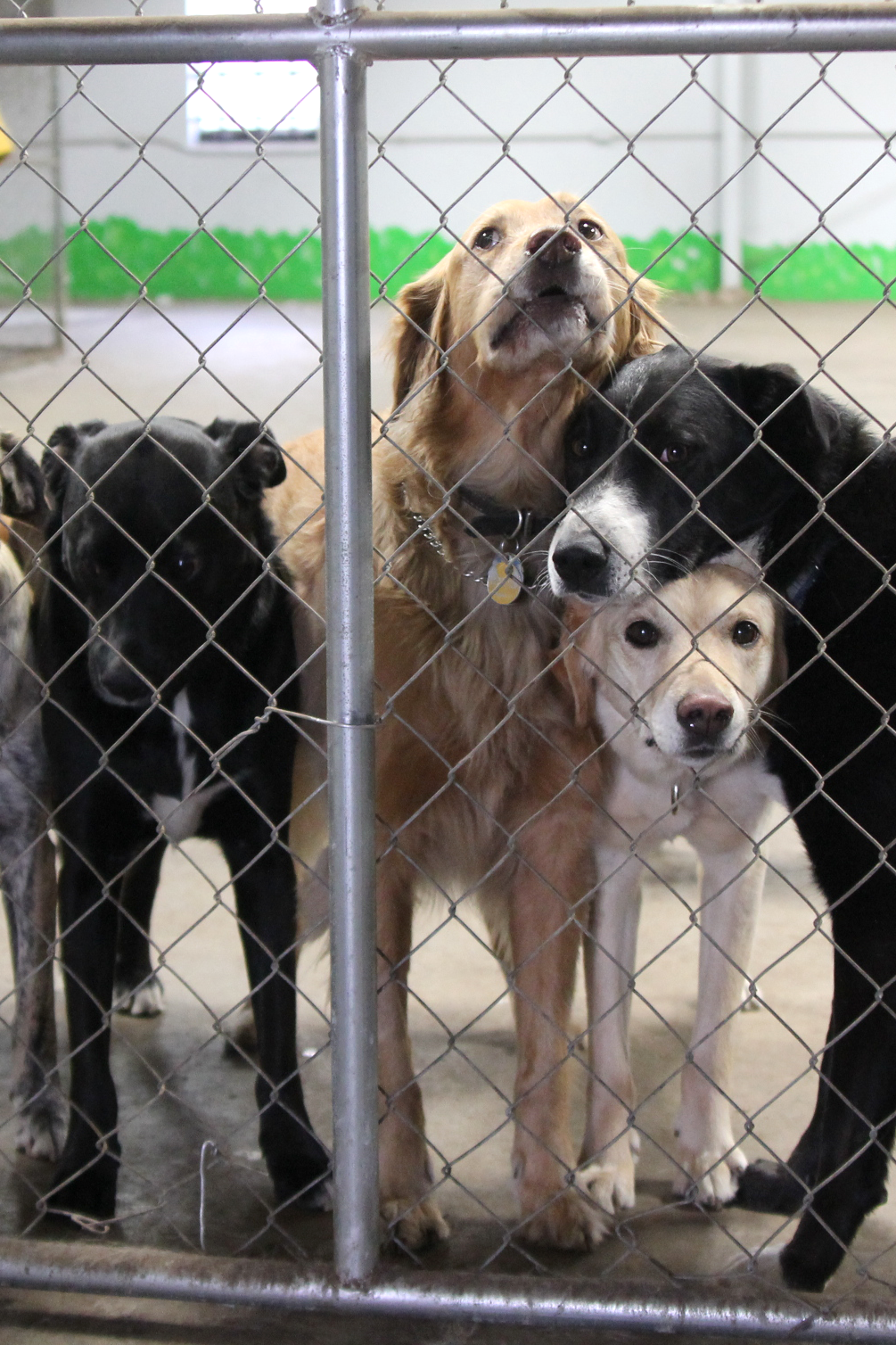 The Mutt Hut owner says a lot of dog rehabilitation has to do with boosting their confidence and putting them in situations where they can thrive and have fun. 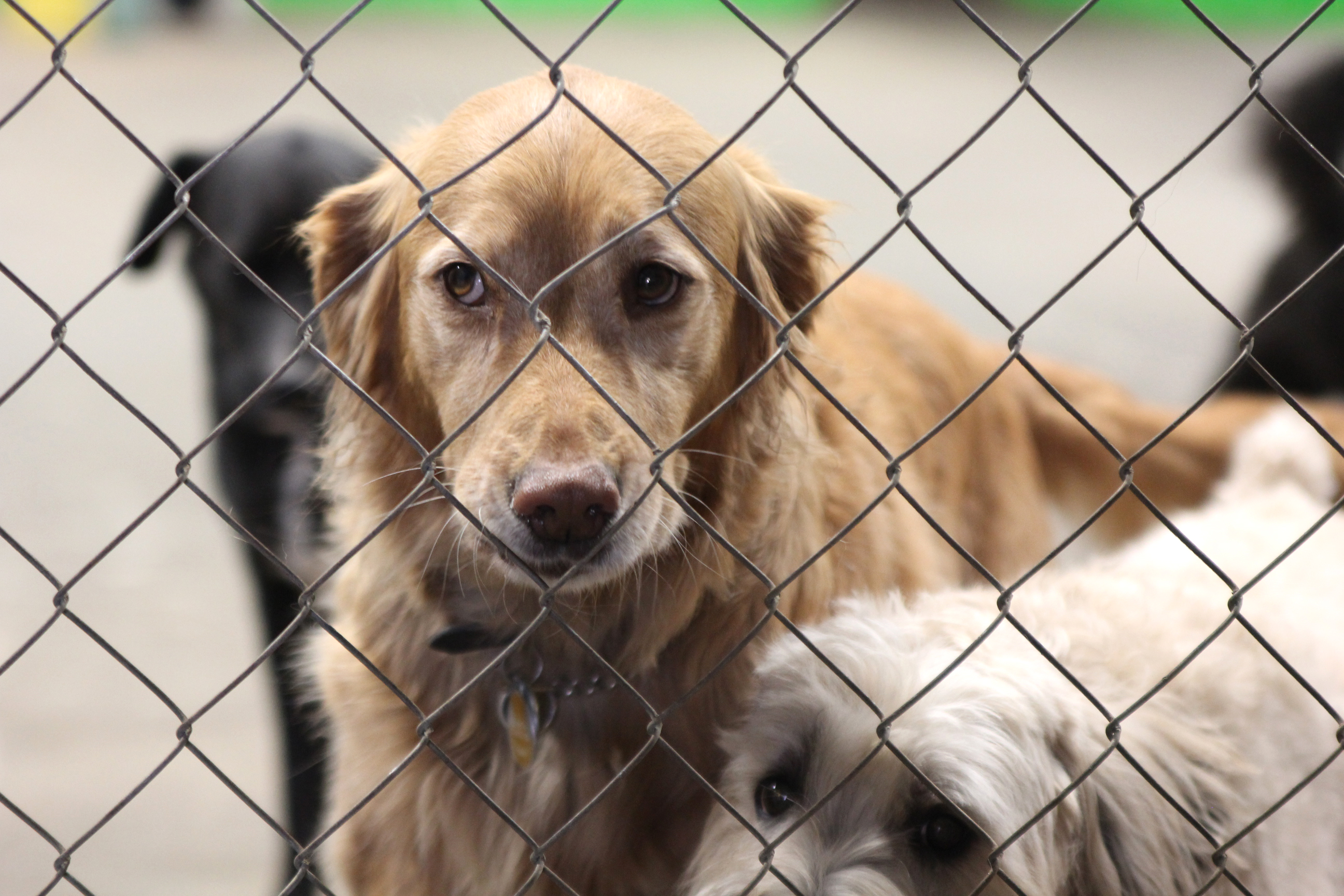 The Mutt Hut in Lansing is a dog day care, but owner Adam Schiedt also does dog rehabilitation.

The Mutt Hut is owned by Adam Schiedt, previously working at Western Michigan University’s satellite location in Lansing, he decided to open the doors to Mutt Hut four years ago. Before the hut opened, he and his wife had adopted a 100-pound collie from the Livingston County Humane Society.

“This dog had no training, no anything,” Schiedt said. “We think he was kept out back and chained up to a fence or tree, and then had neighborhood kids riding by kind of teasing him or something because he had some issues.”

After working with him for a long time, Schiedt’s brother-in-law recommended that he make a business out of helping animals. A few years later, he sat down with his wife, and she encouraged him to take up the project. His wife continues to help Schiedt by being the main point of contact through Facebook.

This is important for Schiedt to meet the dog, run around a little bit, and see how they react to the environment.

But most of the time, Schiedt said it’s the human that need to make adjustments or some changes — not the dog.

“We tend to look at our dogs and our pets as little kids, and I do that from time to time too,,” Schiedt said. “The problem is, is that they’re dogs. So the language, the way they respond, it doesn’t work out as well.”

He said being consistent and firm with commands helps a lot with training.

One of Schiedt’s first dog clients was a mixed-breed named pepper. She had issues with leash aggression and interaction with other dogs. Four years have passed since their first meeting, and now Pepper comes in, runs around and plays with everybody.

Schiedt said part of his process was giving Pepper what he called her first cup of coffee in the morning. He would bring Pepper into her own area where none of the dogs could get to her, then slowly introduce her to other dogs one at a time. Today, he uses Pepper as a measuring point of other dogs with the some issue.

“She was sort of my starting point,” Schiedt said. “She’s my buddy. She’s a sweet girl.”

Schiedt said rehabilitation is about building a dog’s confidence and putting it in situations where it can thrive and have fun.

“It’s more of a positive experience for them, and the more they can do that, the more they can associate fun and positivity being around these other dogs,” Schiedt said. “They tend to accept it and get comfortable, and from there, they sky’s the limit.”

Emily is passionate about photography, as well as diversity and inclusion topics. She is a writer for Spartan Newsroom and a fan of art history.