It’s not hard to find 304 River Edge Lofts while strolling through downtown Williamston. The four-story brick building stands out in the mix of old-fashioned buildings because of its newness and modern aesthetic.

“A lot of the in-town people worry about how high the pricing is,” Franklin said. “The reason we have the price range is because it’s a great location; it’s walking distance for everything.”

The apartment complex is owned by Craig Moulton and his two business partners (who prefer to remain anonymous.) The business owners, who were friends long before the project began, were inspired to build 304 River Edge Lofts in downtown Williamston because the town hadn’t seen new development in years.

“There wasn’t a lot of housing to rent, and my goal was to fill a void in the Williamston community,” Moulton said.

In order to build the apartment complex, Moulton and his business partners had to get their project approved by the Planning Commission in Williamston. A series of steps led up to that approval.

According to community development director Mario Ortega, the applicant meets with city staff and the city engineer to discuss zoning and engineering requirements before submitting a site plan to the city. Once they submit the site plan, Ortega and the city engineer write review letters summarizing the project proposal and make recommendations to the Planning Commission. The Planning Commission, which has seven members, reviews the proposal and decides whether or not the plan needs to be revised. If the proposal needs to be revised, the applicant presents the final site plan at another Planning Commission meeting. After the plan is approved, they can start building.

Ortega said the process to get 304 River Edge Lofts approved was faster than most.

“This applicant was very well prepared,” Ortega said. “They had a professional architect and an engineer and they prepared their plans ahead of time.”

Planning Commission meetings are open to the public, where residents are slotted a certain amount of time to voice their opinion regarding new developments in the community. Ortega said “There wasn’t a need for an official public hearing.”

As for whether or not anyone disagreed with building 304 River Edge Lofts, Ortega said he can’t recall anyone opposing it. Moulton is grateful for the community’s support.

“What’s awesome about this experience is that there was absolutely zero negative feedback from the Planning Commission, City Council or community,” Moulton said. “We had many people come and speak for us at the council meetings we attended. The whole development process was amazing.”

Every apartment comes with a dishwasher, refrigerator, additional storage, a garbage disposal and a balcony. It’s pet friendly and featured amenities include a picnic and barbeque area, an elevator, fitness center, central air conditioning and private assigned parking.

“I’ve been getting a lot of traffic coming in,” Franklin said. “I think I’m going to have another couple move-ins coming up in the next couple weeks.”

Moulton is confident the apartment will be fully leased by the middle of May or end of June, especially because “We have leased almost 50 percent of the building during the worst weather months and now we’re moving into good weather.”

Franklin is busy spreading the word about 304 River Edge Lofts.

“I’ve been going to local businesses in Williamston inquiring, kind of showing them that ‘I’m the manager,’ giving them a face to remember,” Franklin said. “We’ve been going to bigger companies around Okemos and Lansing trying to get our name out there, doing everything we can marketing wise.”

Incentives include bringing goody baskets to larger businesses and rewarding residents with a gift card to a local restaurant if they refer someone to 304 River Edge Lofts. Besides that, the apartment complex is also hosting an open house on April 4 from 5-7 p.m.

Another reason Moulton chose to build the apartment complex in Williamston is because “It has a huge professional base.”

“A lot of community leaders, politicians, doctors [and] lawyers in Lansing live in Williamston,” Moulton said. “It’s a pretty incredible place to live. I think for a number of years, people were going after that urban thing. Now people are moving out in the suburbs.”

“People living downtown will appear more lively; that’s typically encouraging for the active community,” Ortega said. “The main way we try and do that is by encouraging the mix of uses downtown. We’re trying to encourage people to visit downtown so it can help supplement the businesses [and] help them have an established customer base.”

Although there aren’t any new site plans submitted at the moment, Ortega is proud of the new apartment complex.

With 17 empty apartments and continuous effort to fill them, Franklin is confident in 304 River Edge Lofts.

“I’m confident it’s going to work out,” Franklin said. “We just have to get the right people to move in.” 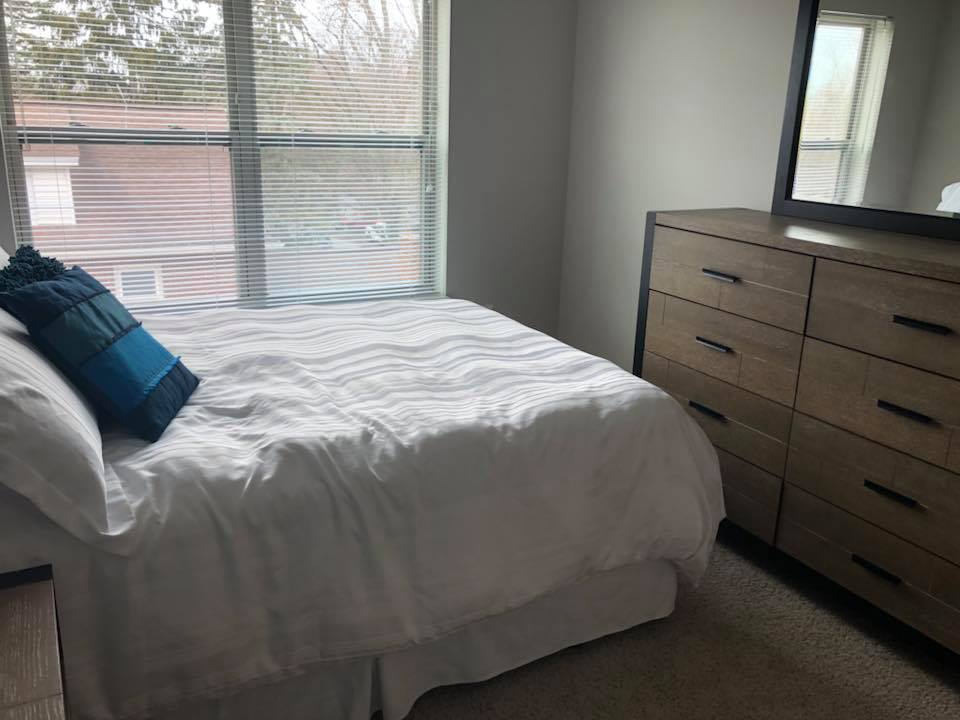 There are one-bedroom and two-bedroom floor plans at 304 River Edge Lofts. Photo by Kayleigh Garrison. 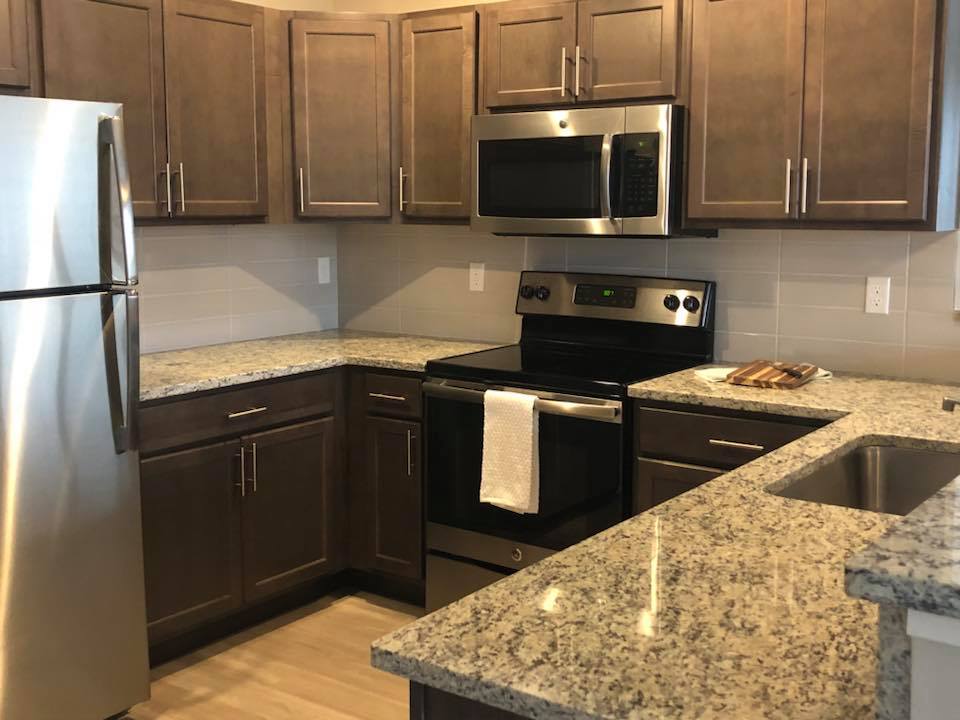 The apartments were built in the summer of 2017 so everything is updated. Photo by Kayleigh Garrison. 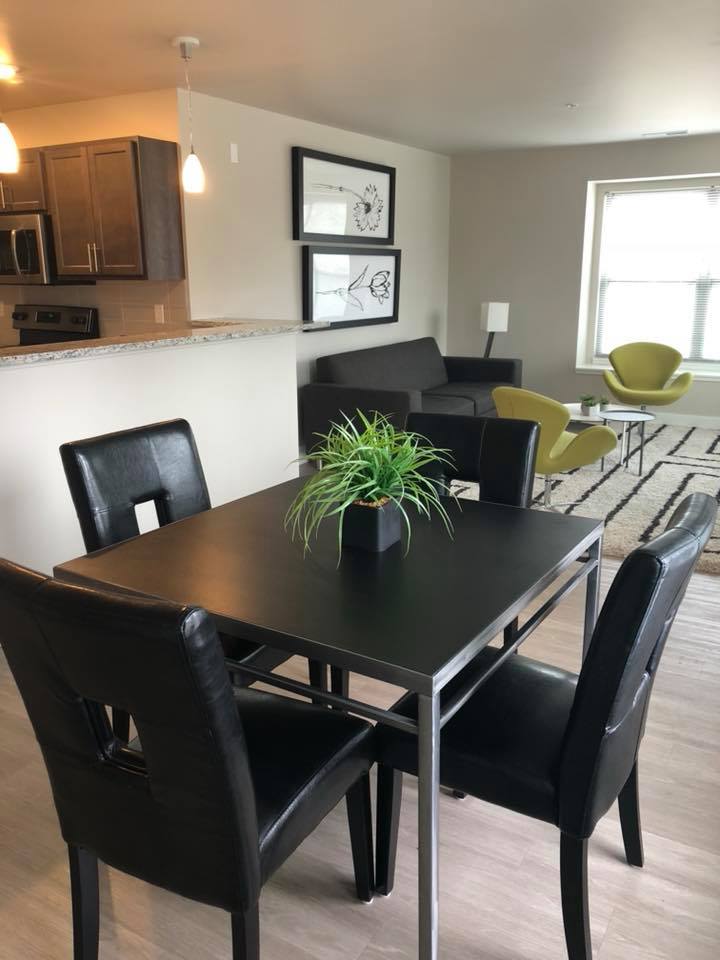 Apartments are not furnished. Photo by Kayleigh Garrison. 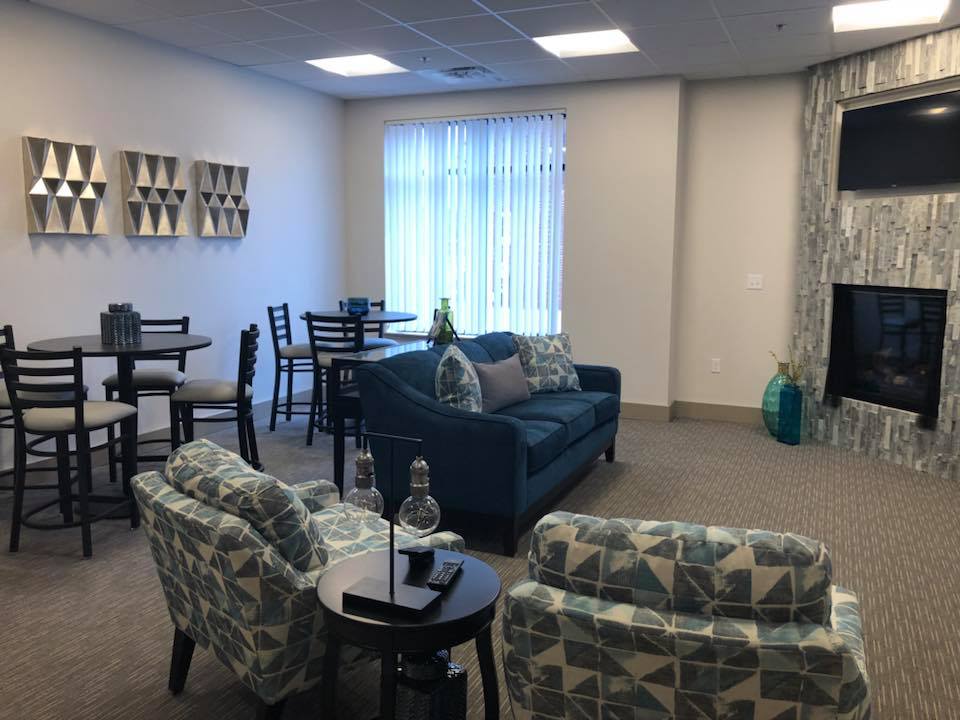 Featured amenities include a community room, a fitness center, assigned parking and a picnic and barbecue area, among other things. Photo by Kayleigh Garrison. 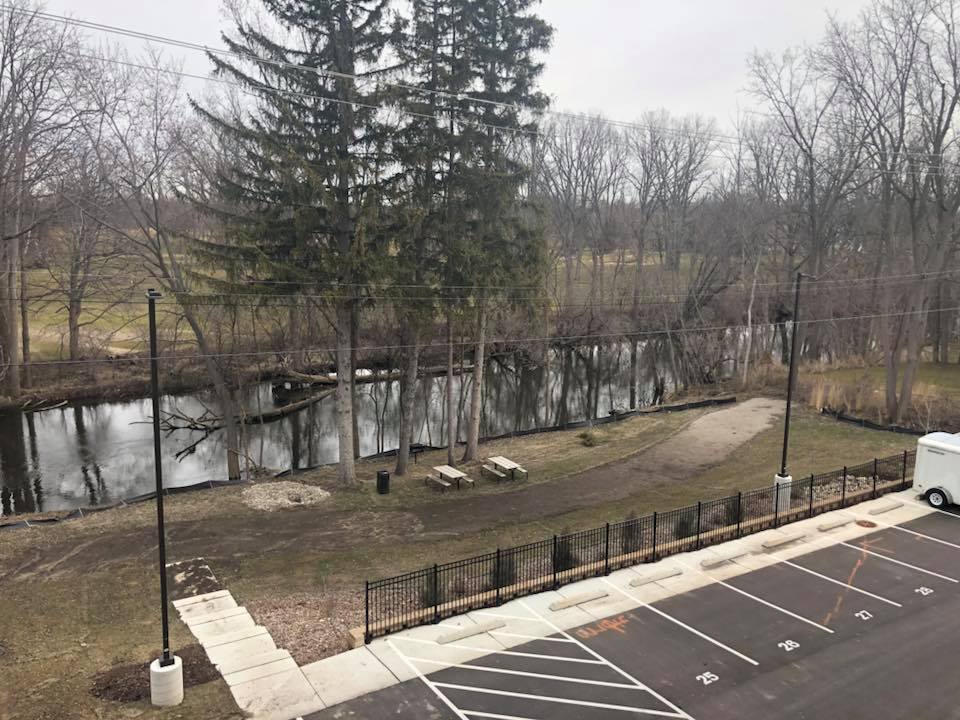 Some apartments come with a river view. Photo by Kayleigh Garrison.