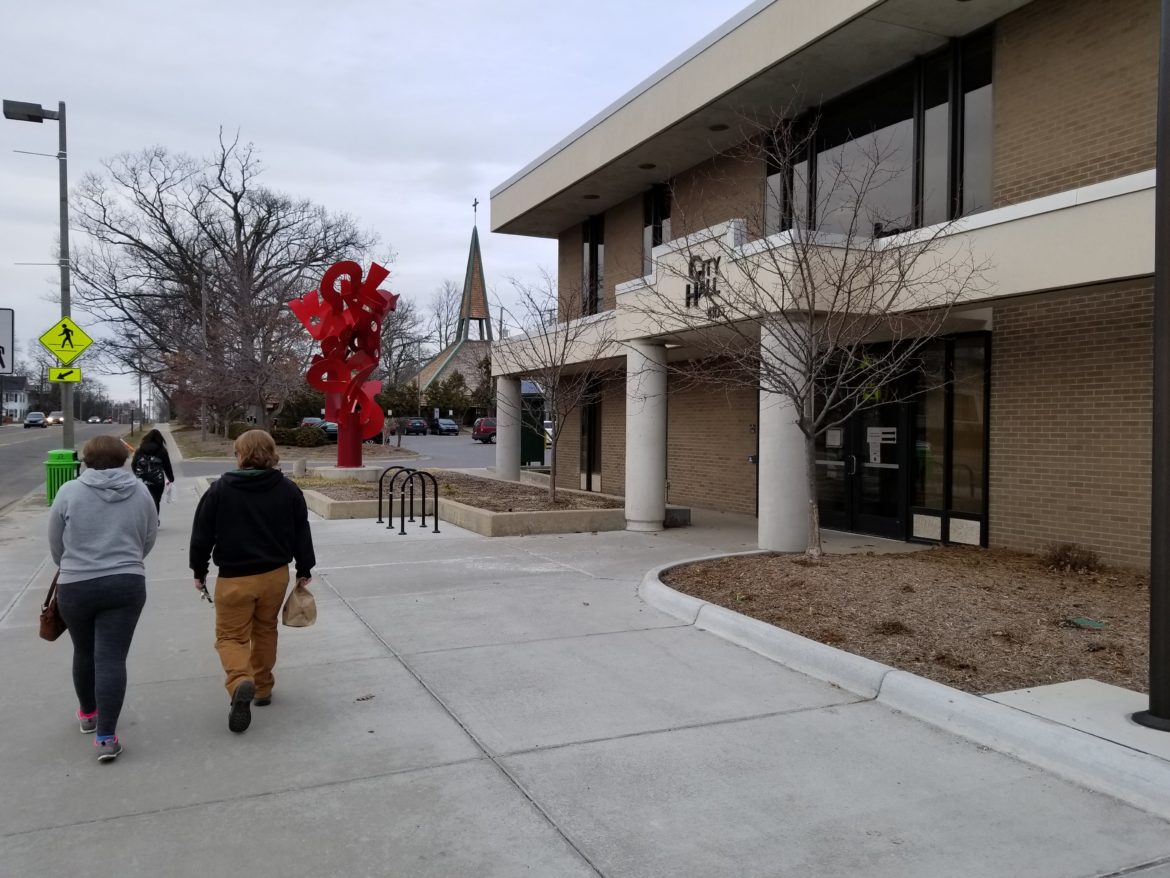 The front of East Lansing's City Hall via Abbot road as students pass by the building.

Communication between a publicly elected government and the people that it is representing is crucial to residents understanding and supporting their local government, from meetings between city officials to emergency warnings, East Lansing’s government is trying very hard to keep its public well informed.

“I think that it’s important that we improve communication in the community I’m not sure that we are doing an adequate job I think we’re doing the job that we can do given the resources that we have at this point and time,” said Mark Meadows mayor of East Lansing. East Lansing has has its own television channel that it uses to communicate with the community around it.

“We have a public access well government channel. It’s Channel 22 and that is something that we use to televise our council meetings and our planning commission meetings. We also have news bulletins that get posted on that channel and ever once and a wail we will post a video or something of that nature,” said Mikell Frey, the city’s communications cordinator.

The television broadcast that East Lansing has currently is a downgrade from what it was back when Meadows was first elected.

“When I was first elected to city council in 1995 we had I think about 6 or 7 people working on our communications. We had our own TV show that broadcast on cable, we still broadcast stuff but we use an outside group to do that now. We only do City Council and planning meetings whereas we used to rotate out all of our boards and commissions so people could see what was happening better and by having our own news station that broadcast things like that we would do a better job of communicating with people,” said Meadows.

East Lansing has a FaceBook Twitter and Instagram page that they attempt to keep up to date with information with new information that can be useful to the residents of East Lansing.

There is more that the city would hope to do with social media and smart technology.

“Now social media is a good way but we haven’t really embraced that very well but we should be able to any time we put something up have it pop up when you go into FaceBook or something,” said Meadows.

When you have uninformed citizens it leads to uninformed questions to city leaders. Communication needs to be improved between the local government and its residents to have a better informed public.

“So we need to beef that (communication between government at general public) up I think that would go a long way towards dispelling some of the wild stories and “fake news” that gets out into the community. We have somebody at the microphone saying we did such and such when we have never done that,” said Meadows.

East Lansing has its own Government TV channel that runs a constant broadcast.

The Communication Department works on releasing news releases for the press that are available to the public on their website.

More annual information is given in the form of a report on spending and other fiscal issues are found in the Annual Report. Other information that is made available to the public of East Lansing is the Annual Report that gives a report of what happened in East Lansing during the last year. The current report that is available is the report from 2017.

Connected with the Annual Report is also the Community Calendar which is a calendar that gives information about events and happenings that are to come in the next year. This calendar specifies days that certain offices are closed as well as days that government run programs are hosting special events.

“When it comes to communication there is always more that you could do, so I guess we do a lot now but improvements on the communication that we do provide for residents, communicating on a more frequent basis we have definitely set goals to improve,” said Frey.