John McAuliffe and his wife were inspired by the sign of the pineapple during the Colonial Era that they named their business after it. Although Sign of the Pineapple in Williamston doesn’t have a pineapple on display outside its store, it welcomes visitors seven days a week.

John McAuliffe said he enjoys managing Sign of the Pineapple because he enjoys talking to people.

“A lot of people live by themselves, they don’t have friends, they don’t go to church and they’ll come in and talk,” McAuliffe said. “We provide a service I guess. It has nothing to do with the financial aspect of the business; it’s something else.”

Although many people would classify Sign of the Pineapple as an antique store for its old, vintage items, McAuliffe said “nostalgia is a better term.”

“There’s no such thing as an antique piece,” McAuliffe said. “Antique is an adjective. You can’t have ‘an antique.’ Most of the stuff we sell is nostalgia. People want something they had or wanted to have when they were 10 years old.”

McAuliffe and his wife started their business in 1975 after McAuliffe returned home from the Army. At the time, his job “did not pay as much as unemployment,” so he and his wife relocated to Williamston, bought a house and opened a booth at a flea market to earn extra money.

When they first started, they sold anything that people would buy. This is a tactic they still use to this day.

“Buying is fun for me, but in order to continue buying, I have to be able to sell it,” McAuliffe said.

Sign of the Pineapple has seven dealers that sell various items in the store, including comic books, tools, dolls and furniture. “I’m more of a painter,” vendor Diana Baxter said. “I’ve never really been into antiques, but I’ve always been into fixing stuff up.” Photo by Kayleigh Garrison.

“We were in one of the other [stores] in town for a while and didn’t really sell anything, so we thought we’d try it here,” Baxter said. “I enjoy working here, meeting people, talking to people and reminiscing about our childhoods.”

While there aren’t strict criteria to become a dealer at Sign of the Pineapple, McAuliffe said he looks for people who are honest and have products that will sell.

“There are some things we know are not going to sell well, and sometimes we’ll discourage people, because you’ve got to pay rent,” McAuliffe said. “I’ll tell people, ‘I don’t think you’re going to make enough selling [these items] to pay your rent.’ There’s no sense in paying rent all the time if you’re not making any money.”

Although online shopping has increased in the past decade, McAuliffe isn’t worried about his store, and he’s certain that nostalgic stores will be around in years to come.

“There are some people who want to touch something or want to see what it’s like,” McAuliffe said. “You have to have a niche.”

Bette Bottaro and her husband visit Sign of the Pineapple twice a year. She has bought something for each of her five grandchildren, and on one particular day, she purchased a set of Peter Rabbit items for her youngest grandson because “Peter Rabbit represents an innocent time in life.” Bottaro is fond of vintage items because they don’t change, but also because they remind her of her heritage.

“The concept that I run by is that if you do not know where you come from, how do you know the direction you’re going to go?” Bottaro said. 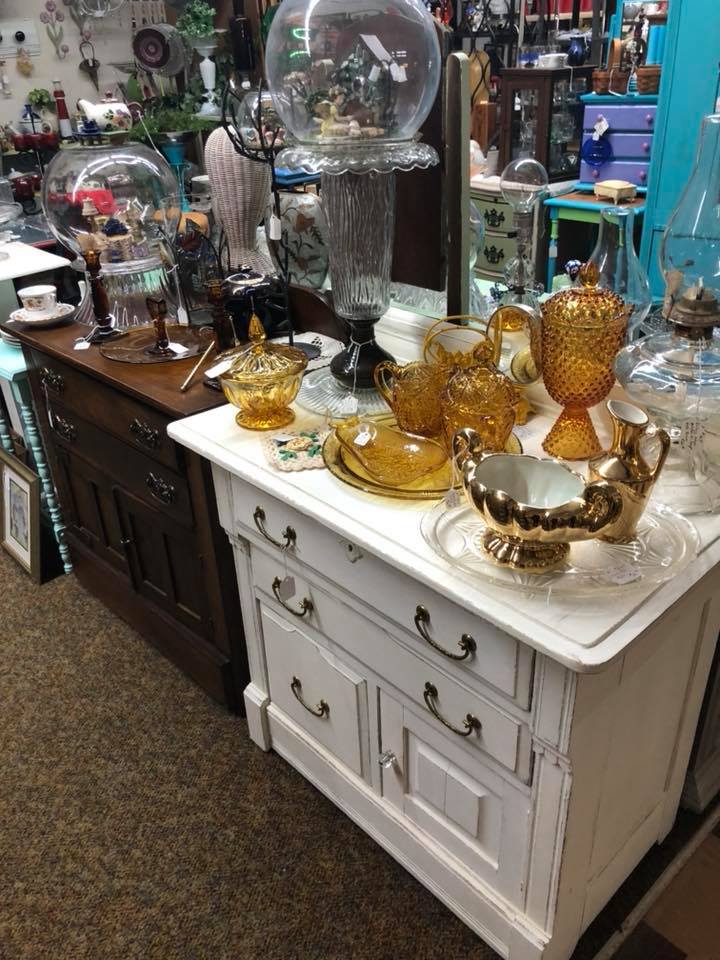 Manager John McAuliffe said it's difficult to predict what items are going to sell well because "It’s a whole different world. There's a whole new generation of buyers." Photo by Kayleigh Garrison. 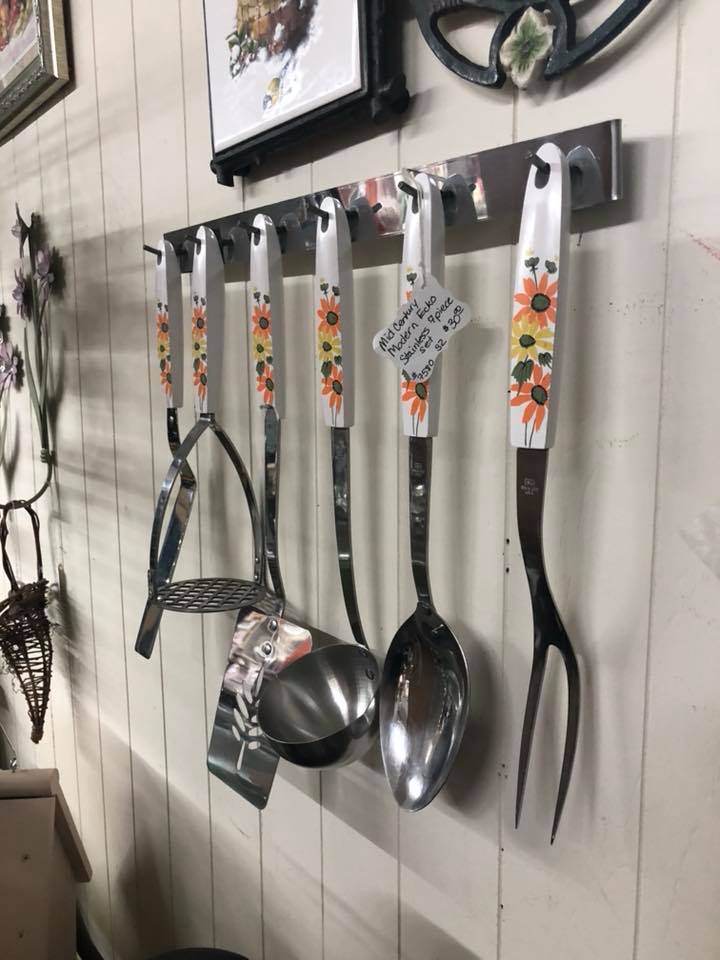 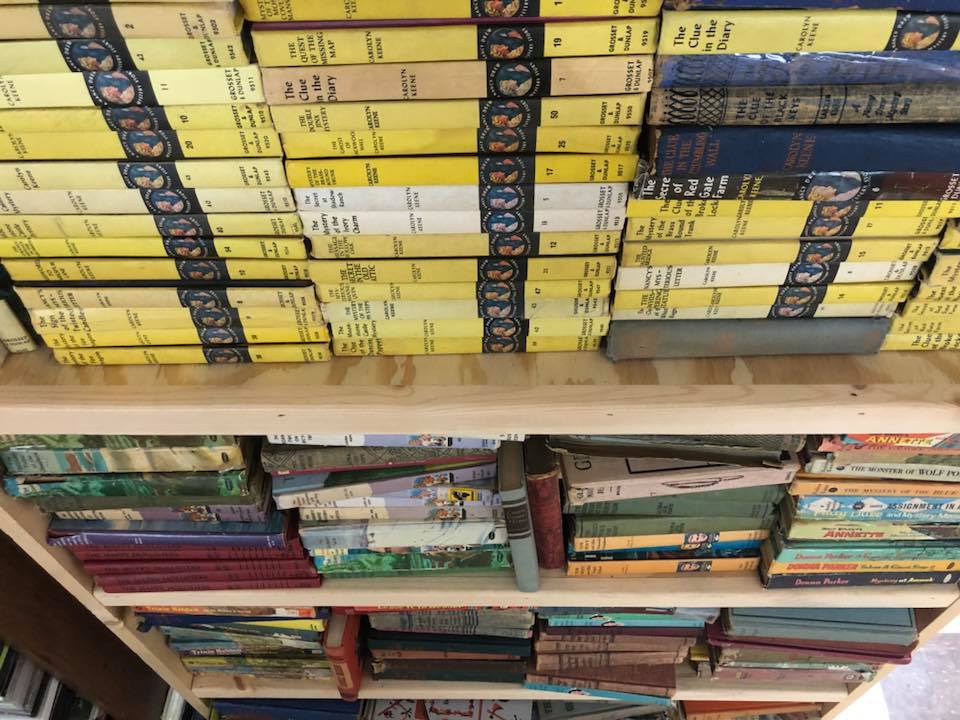 Sign of the Pineapple sells hundreds of books. Some of them are so vintage that people can only buy them in a set. Photo by Kayleigh Garrison. 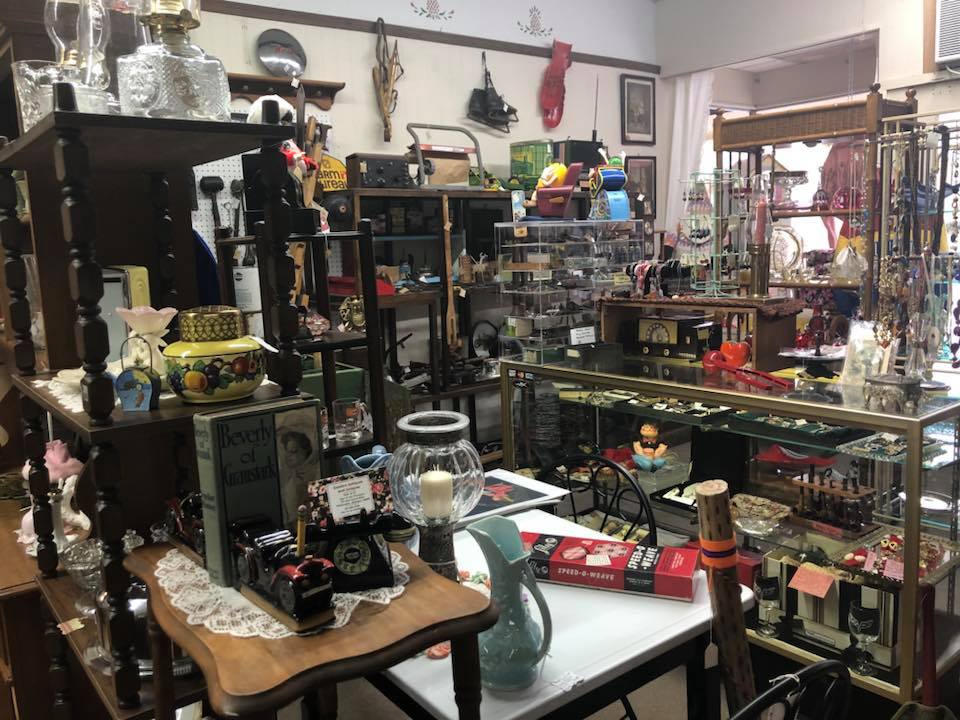 "Nothing in here is necessary," manager John McAuliffe said. "You can’t eat any of it. With some exceptions, you can’t use it. It’s primarily things that people want, not that they need." Photo by Kayleigh Garrison. 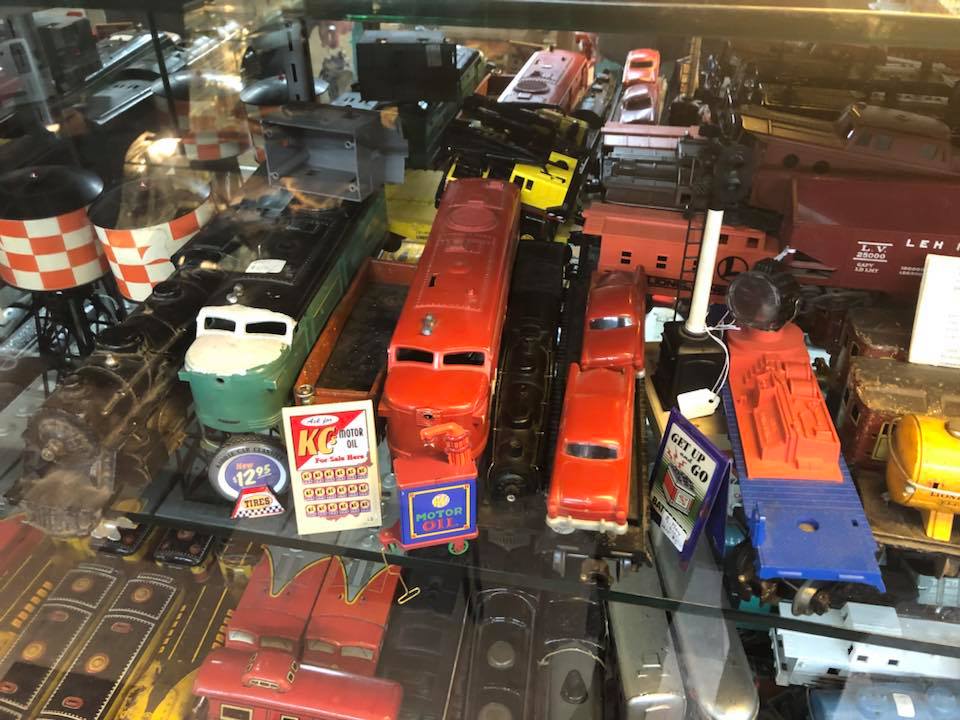 Sign of the Pineapple specializes in toys and trains, but they sell a variety of items throughout the store. Photo by Kayleigh Garrison. 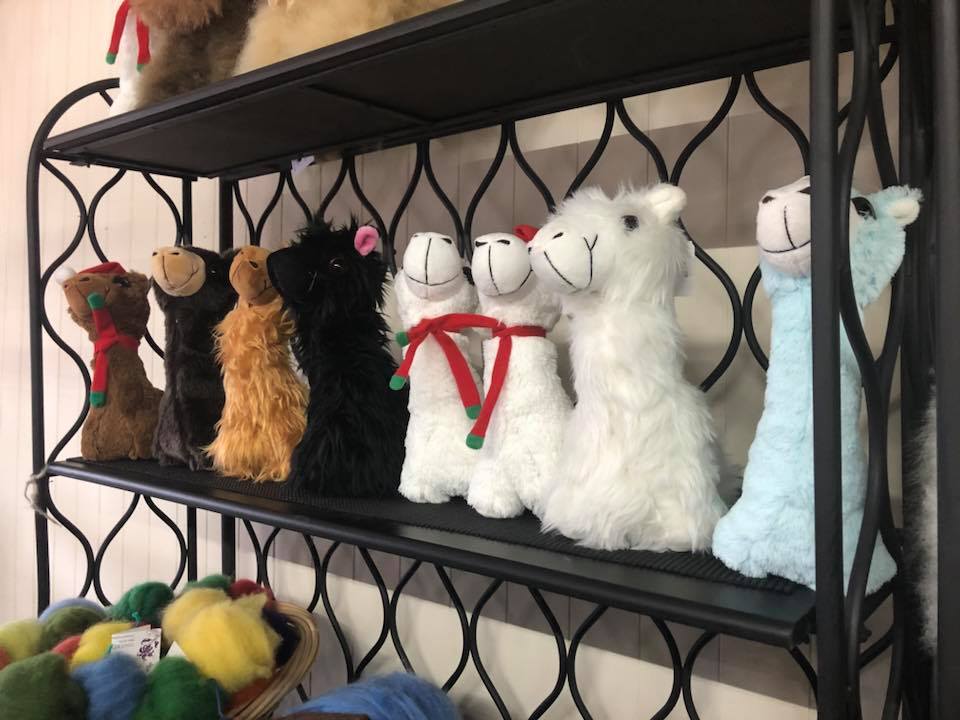 The previous owner of Sign of the Pineapple owns an alpaca farm in Williamston. She sells items in the store made from her alpacas' fur. Photo by Kayleigh Garrison.