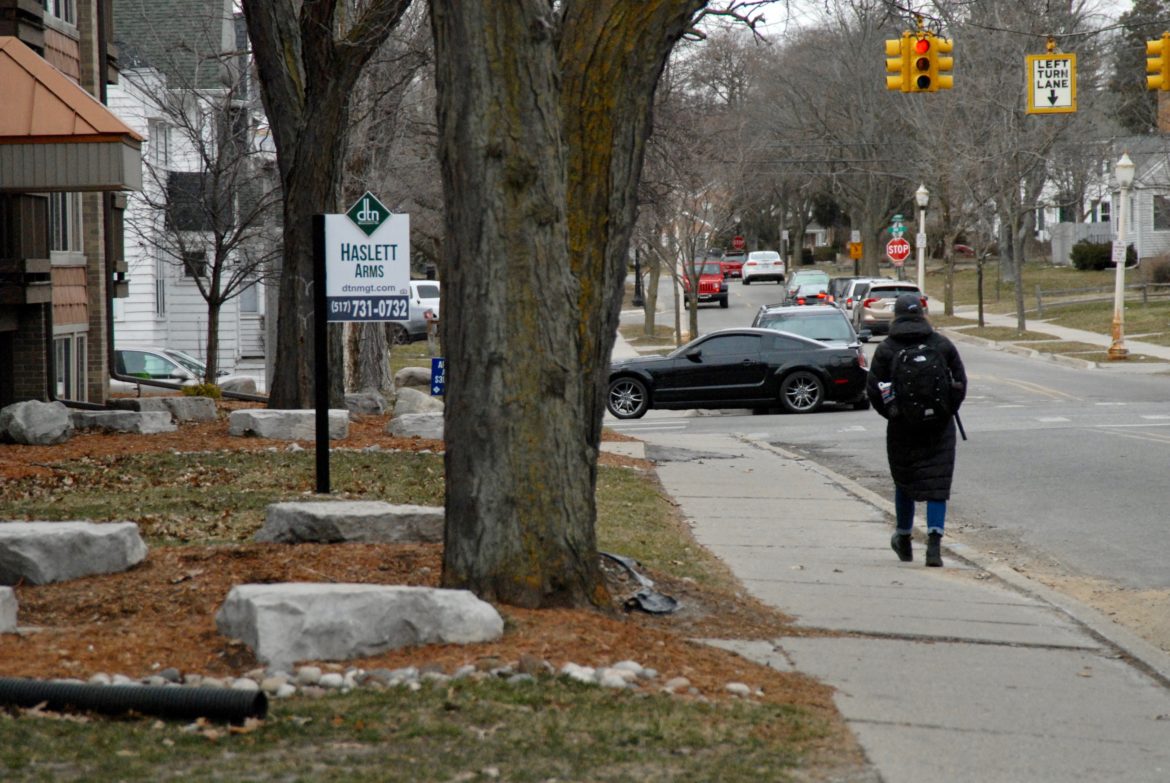 East Lansing has a unique set of needs to meet when it comes to rental housing. The city provides and regulates rental housing units that accommodate a diverse renter base ranging from local college students to long-term residents.

“When you look at East Lansing and compare it to other cities, even other cities in our region, the proximity to the university really plays a major role in what type of housing can be developed here and what type of housing can be successful here in terms of the underlying economics,” said Thomas Fehrenbach, community and economic development administrator for East Lansing. Fehrenbach said that analyzing the local rental market requires taking into account the circumstances that are specific to East Lansing. For example, the fact that the poverty rate, which the U.S. Census places at 44.2 percent, is heavily influenced by the large student population.

“The demographics get really skewed in a really interesting way,” said Fehrenbach. “They’re not apples to apples with other communities that would match our demographic profile because they are students and they’re kind of in a different situation and a different walk of life. Unfortunately, this is where you get into the vagueries of where those numbers come from and the limits of the federal government’s ability to create statistics that are ultimately useful on a granular level.”

When it comes to the unique circumstances of the rental housing market in East Lansing, regulation acts as a key way for the city to ensure quality and compliance.

Annette Irwin, housing and university relations administrator for East Lansing, who serves on the Rental Housing Division, said that East Lansing’s rental properties undergo annual inspections and must remain code-compliant in order to be licensed.

Hagan, whose father began Hagan Realty Inc. in East Lansing over 45 years ago, said that although he has become used to operating within the system, that doesn’t necessarily make it easy.

According to Darcie Whiddon, a landlord with Whiddon Properties, LLC, there is more rental regulation in East Lansing than any other area she has previously been in.

“Overall, it’s been good for us,” said Whiddon. “I think we maintain our houses in a very good condition so it really doesn’t affect us adversely, but I think for some people it’s going to definitely make them shape up a little bit.”

Kim has conducted housing research in the Tri-County area, and recently worked on a Regional Affordable Housing Study that evaluated housing in Clinton, Eaton, and Ingham counties. Her study proposed a collaborative plan for rental markets that could alleviate the burden of providing affordable housing for low-income and student population.

A large portion of this student population is centered around downtown East Lansing, an area that provides residents with proximity to the MSU campus and access to local amenities

According to Kim, recent construction of some rental buildings in the downtown area has targeted mixed-use development.

Irwin said that as of a spring 2017 report, rental units account for 94 percent of housing within Downtown Development Authority boundaries.

“Mixed-use builds off the logic that having land uses of various types–single-family, multi-family, owner, renter, commercial, and retail space–in the same vicinity brings with it certain benefits, like walkability,” said Noah Durst, a professor at Michigan State University’s School of Planning, Design and Construction who specializes in urban policy and planning.

Although renters are a large part of the market in East Lansing, Fehrenbach said that diversifying the housing within the community is also a priority.

“The Downtown Development Authority has a housing policy that really tries to incentivize owner-occupied or other developments that would cater to other demographics,” said Fehrenbach.