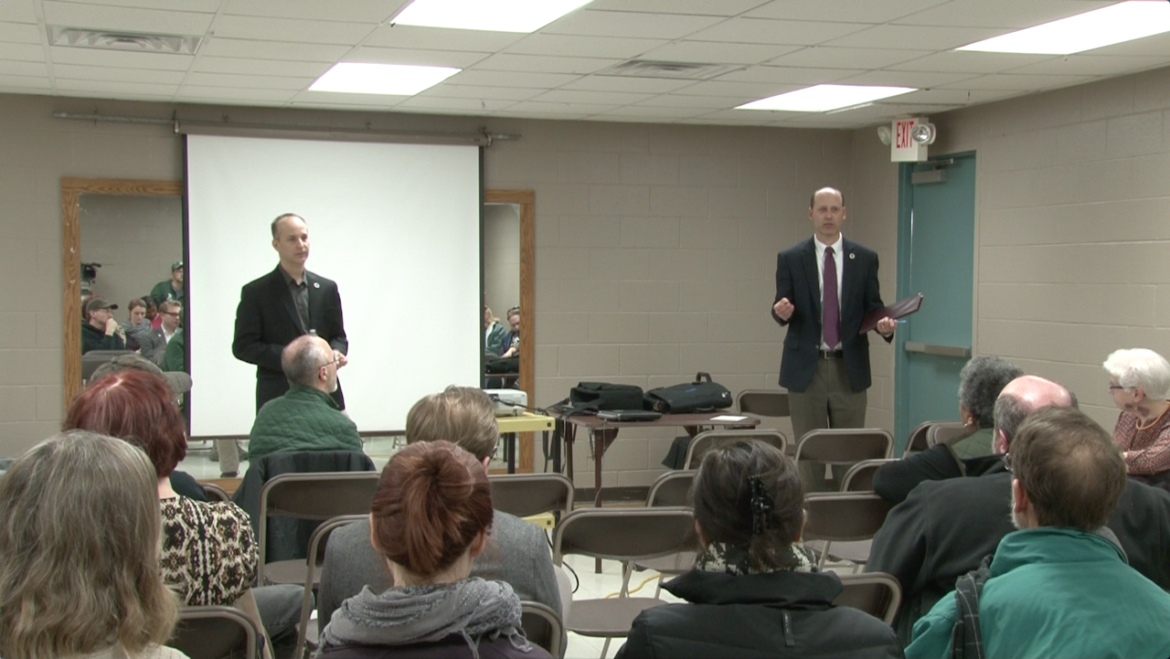 On March 19, the City of Lansing held their first Road Map Neighborhood Tour meeting at Letts Community Center. The goal of this meeting was to provide citizens information about road repair, deliver news about upcoming projects and let members of the community provide input on how road dollars should be spent.

“This is the first time I’m aware that we’ve had meetings specifically around roads in this type of setting,” Kilpatrick said.

According to research done by the Public Service Department, over 75 percent of Lansing’s roads are in a poor state. The roads have increasingly deteriorated since 2012 because of lack of funding.

“Infrastructure across the country hasn’t been funded to the level it needs to,” he said.

The meeting went into further detail about funding for Lansing roads and who pays for road projects. The main source of funding for roads in Lansing comes from the federal gas tax and the Michigan gas tax.

Prior to the increase, Lansing received $9 million per year for road funding. A small percentage, about 27 percent, of property taxes go back to the City of Lansing — with $2 million going towards roads.

Additionally, potholes were one of the biggest concerns among residents, Kilpatrick said. The ideal fix for potholes is in the warmer weather where no snow or moisture can get inside the pothole.

“Once potholes are all over the place, the road has failed and it’s really too late at that point to fix them,” he said..

“Overtime, if we continue to fund our roads at the current rate, our roads get a little bit better,” Kilpatrick said on the $5 million funding for the 10 year plan.

The other two plans have extra funding coming from the Act 51 tax, and show a clear improvement in the roads.

“If we jump to $20 million for ten years, we would be at the top of the fair condition,” he said. “This is where we want to be.”

However, residents seemed a little apprehensive about these plans. Lansing resident, Carl Tielking said he came to the meeting because he wanted to hear more about the conditions of Lansing roads.

“I kind of expected a general, overall view of our road conditions here in Lansing,” Tielking said. “I would have liked to have heard more about what they plan on doing in the future more extensively.”

Cynthia Lockington of Sycamore Park said she wanted to hear more of a structured plan for fixing infrastructure.

“What’s disappointing is the solutions are aspirational,” Lockington said. “I didn’t hear a lot that said ‘here’s our solid plan for how we’re going to get them fixed’.”

Overall, Kilpatrick says this neighborhood tour is a great way to reach out to the community.

“This is a great way to get out in the community, talk to residents, get their input, and hopefully come up with creative solutions to an issue,” Kilpatrick said.

There are three other Road Map Neighborhood Tours that will take place throughout the City of Lansing in the coming months.