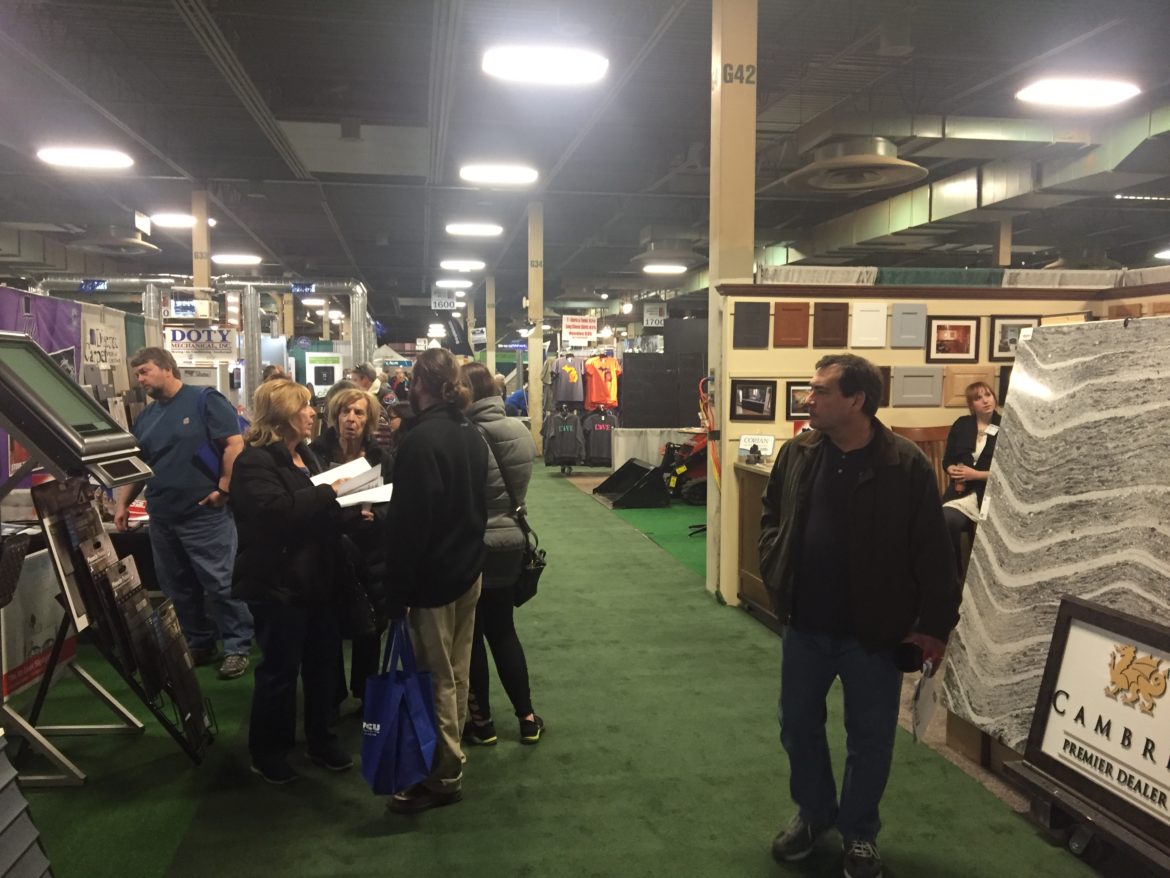 Showspan, a company that produces consumer shows throughout Michigan, brought its annual Lansing Home and Garden show to MSU Pavilion from March 15 to March 18.

The exhibit featured over 300 exhibitors from landscaping and home improvement companies in mid-Michigan, with a large majority based in Lansing.

With over 20,000 people attending the exhibit, show manager and publicist Carolyn Alt said the show is a substantial benefit to vendors looking to display their products.

“To talk to that many people just in four days, it’s a huge opportunity for them to make a lot of connections,” she said.

Much of what was on display at the exhibit were products designed to either improve homes aesthetically or structurally, such as home gardens and roofing installations. Alt said while the show gives exhibitors many opportunities to make sales, not every sale is closed right away.

“They build their leads. I mean they’re not all sales that they’re going to close this week, or even this year,” Alt said. “Some of the projects that people are talking about are significant, and it’s a three of five year consideration. So some of it is, they’re coming away building relationships for sales down the road, and they’re filling their appointment books.”

Rick Schuemann, manager of Weather Vane Roofing, has been going to the exhibit as a vendor for 12 years out of the show’s 22-year existence. Schuemann said each year he’s usually able to set up appointments for approximately 100 potential clients due to the high volume of face-to-face interactions between buyer and seller.

“It’s the amount of traffic, and I don’t know the exact numbers but there’s probably 20,000 people that are going to walk through here,” he said. “All you have to do is make the contacts. We have an approach, in which we stand out in front our booth, rather than sit back and wait for somebody to walk in.” A woman examines a product on display at the Lansing Home & Garden Show.

The opportunity to make sales, however, comes at a hefty price for exhibitors. Each year exhibitors must pay a fee for a booth at the show. The fee differentiates depending on the booth size, and for this year’s exhibit a regular-sized booth totaled out to $1,000.

But Alt said returning vendors from past years get preferential treatment in the form of renewal discounts for their booth spaces.

“As an exhibitor for one year they are offered renewal discounts. They have to renew within a certain time period, and the earlier they renew, the bigger the discount they might get,” she said. “But after a certain point, then they’ve sort of missed out on their preferential treatment and they’re just paying the same price as someone who’s coming in new.”

John Hulinek, manager at Vacuflo, a company that installs central vacuums, had to pay almost $1,200 for his booth despite being a vendor at the show for more than five years. But for Hulinek, the payoff from the exhibit outweighs the losses.

“I have to sell quite a few of them to break even, but it (exhibit) gives you exposure – it backs up the website and all that stuff,” Hulinek said. “If you can’t afford $2,000 a month for space in a mall somewhere, than you do these.”

President of Glass and Screen Company Inc., Jeremiah Blazer also said showcasing his products at the exhibit is well worth it.

“I think we’ve at least benefited from being here. It’s hard to tell because everybody doesn’t tell you if they saw you at the show, but I think it’s worth being here,” said Blazer.