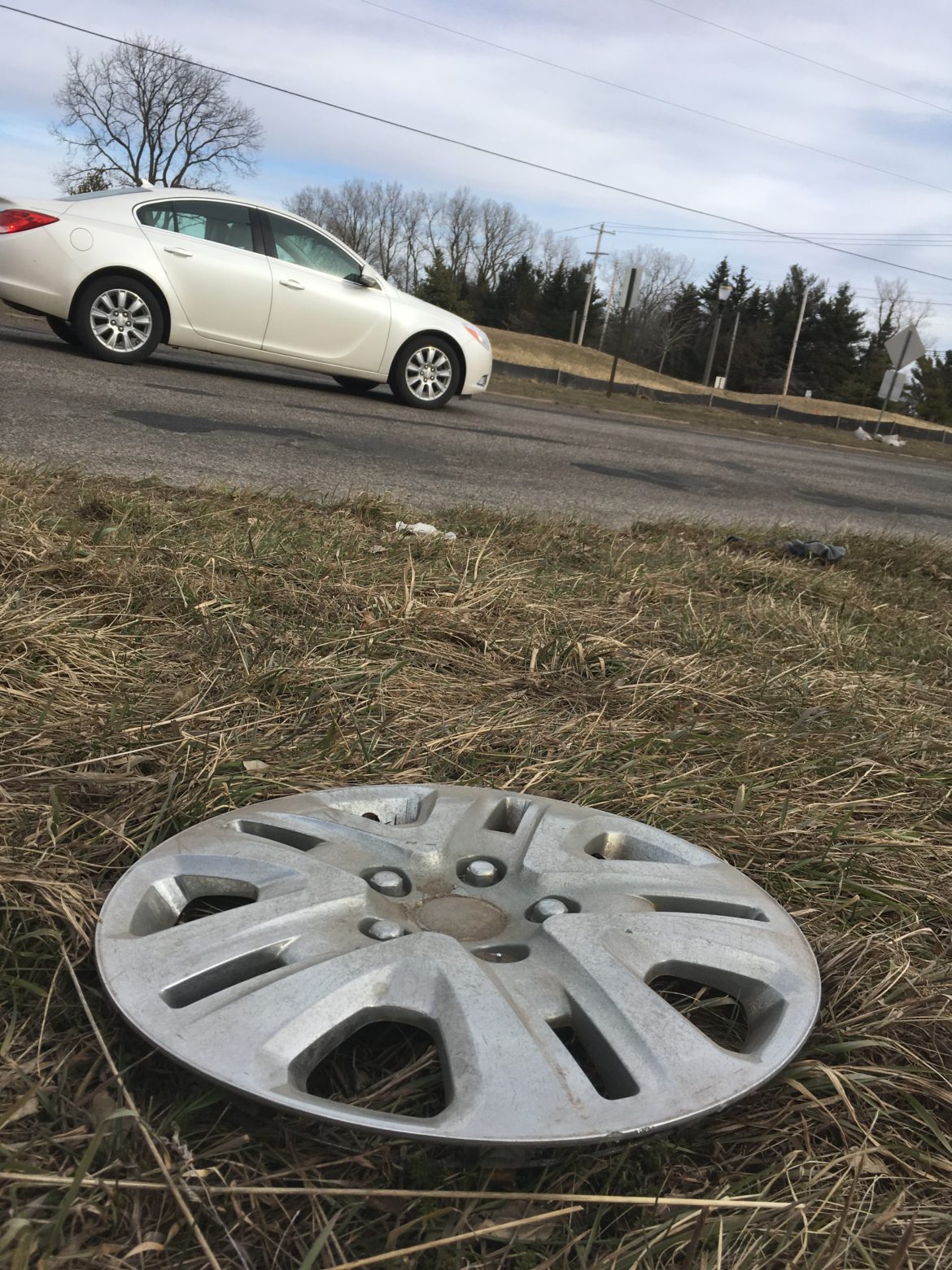 Austin Faulds was driving through Ingham County recently, where he saw the front tires of two different cars completely fly off. The reason for these motorists misfortune? The result of hitting a pothole. Faulds is a manager and delivery driver at Pita Pit in East Lansing, and is among several Ingham County residents who are tired of dealing with the poor road conditions.

Jabreel Naser, an employee of a gas station in Ingham County, has encountered several instances where people have voiced their irritation with the roads.

“Everyone is always complaining about the roads,” said Naser. “Definitely the roads is one of my biggest issues.”

The problem of potholes is one that doesn’t seem to disappear, especially from this past harsh winter and recent flooding. While a lot of potholes tend to get patched up, a lot of new ones seem to form, giving constant work for the road department to clean up. This has cost them time and resources to work on more lasting projects.

“We have had to put a lot of staff overtime and patching materials into the roads, in which we’d much rather save for permanent fixes that we do during regular construction season,” said William Conklin, the managing director for the Ingham County Road Department. Pothole formations on near the intersection of Hagadorn and Bennett, March 21, 2018.

The weather plays a major role in how potholes form and how severe they become. Conklin described the process of formation as a collection of moisture underneath the pavement. That water then expands and freezes, which creates bumps in the road.

Potholes don’t like to give any warnings when they form, as Conklin said that “one vehicle could be driving over the pavement and the very next could be making a pothole.”

Another significant reason why the roads in Ingham County have not stayed in good condition is due to funding.

“From … really the mid 90’s to very recently here in 2017, Michigan did not increase its funding for roads,” said Conklin. He also said that while funding has been raised, it will still take awhile to catch up.

The ICRD has received many complaints from several different motorists this pothole season, particularly during the week of February 19, and early in March. This time frame aligns with the severe flooding Ingham County faced, which gave the roads and drivers on them more trouble. Faulds was one of those drivers who experienced the harsh conditions around that time.

“While the flooding was happening I was driving around and hit a pothole pretty hard and next thing I know I need a new throttle cable for my car because it wouldn’t start,” said Faulds.

Faulds does believe that he has seen significant progress to the streets since the flooding though.

“The roads aren’t terrible since the floods we had,” said Faulds. “I think a lot of parts have been cleaned up already.” Conklin assured that the ICRD responds to pothole complaints as soon as possible, attempting to patch up the requested area within 24 hours.

Within Ingham County, some of the roads that have the worst conditions include Waverly, St. Joseph, Lake Lansing, and Hagadorn roads, particularly from Jolly up to Mt. Hope. Hagadorn is one of “miles and miles of roads” the ICRD is going to be working on this summer, according to Conklin.