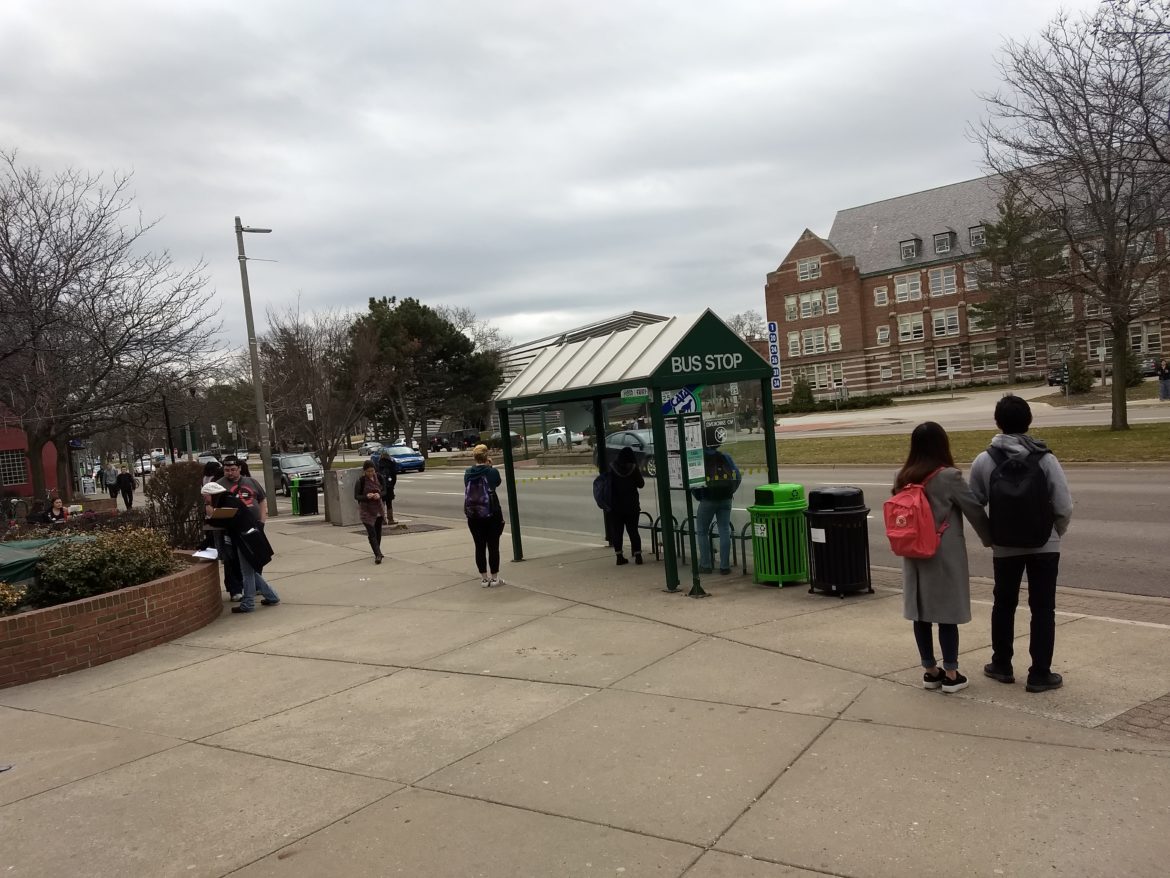 It’s only natural to assume that in a college town such as East Lansing, businesses will cater primarily to students.

There are also major benefits to serving the interests of permanent residents as well however, as these people often times have different interests than students.

Farnoosh Khodakarami, an associate professor of marketing at Michigan State University, laid out some reasons as to why it’s important for businesses to cater to permanent residents in addition to serving students.

“I think the main reason is that as a company you want to build long term relationships hopefully with your customers and the problem with the student population is that they’re in town for at most like four years, so they’re not permanent residents of the town,” Khodakarami said. Students and residents congregate and walk through Michigan Ave. Photo by Jack Kirwan

“(Students are) a good group to focus on but also it’s important to sustain your base of customers and focus on the permanent residents that live in the community and they’re not just leaving after four years of education,” Khodakarami said.

Mayor Mark Meadows pointed out that the shopping scene downtown is ever changing with the times.

Meadows added that there are new projects coming forward that will seek to benefit permanent residents. The 100 block on East Grand River Ave. in East Lansing is where the new Target store is being built.

“There will be a new Target store in the downtown which changes some of the demographic of the downtown in terms of what people might be looking for,” Meadows said.

For some businesses, appealing to older residents is unintentional. Gwynna Lapham is the manager of Mackerel Sky, a contemporary craft store.

“We try to have something in every medium and every price range, so that people can come in and spend five dollars, or they can come in and buy some exquisite piece that you’d never find any place else,” Lapham said. “(In terms of jewelry) We’ve got everything from $20 sterling silver studs to an $800 necklace with Petoskey stones.”

“It’s interesting because we don’t necessarily have a target demographic, the majority of our customers are, you know, older,” Lapham said.

Lapham went on to explain that this pattern isn’t really intentional on the part of the business.

“(Older customers are) certainly not who we go after, we have a lot of students who discover us who come in and they realize that we have cards that they’re not going to find anywhere else,” Lapham said. “We’re a good place for gifts but we’re a good place for stuff for your own use too.” “It’s hard to advertise that we have everything,” Lapham said. “A lot of our customers have been customers for three decades, so we have people who started shopping here when they were students 25 years ago who come back every year when they come into town for football games, so a lot of our clientele is older simply because they’ve been returning for the past three decades.

While businesses may succeed in appealing to permanent residents, housing may be a different story.

Jim Levande, an East Lansing native, explained some of the shortcomings of housing availability for older permanent residents.

Despite this issue being present now, Levande and others believe that steps are being taken to rectify the lack of senior housing.

“The city is working on (fixing this issue),” Levande said. “We have a group in the city working on something called Age-Friendly Communities through the World Health Organization and the AARP, and the city is currently working on gathering information.”

“There’s a senior apartment complex that’s going up over the parking structure that’s being built in association with (the Target) project which changes the demographics of the downtown,” Meadows said.