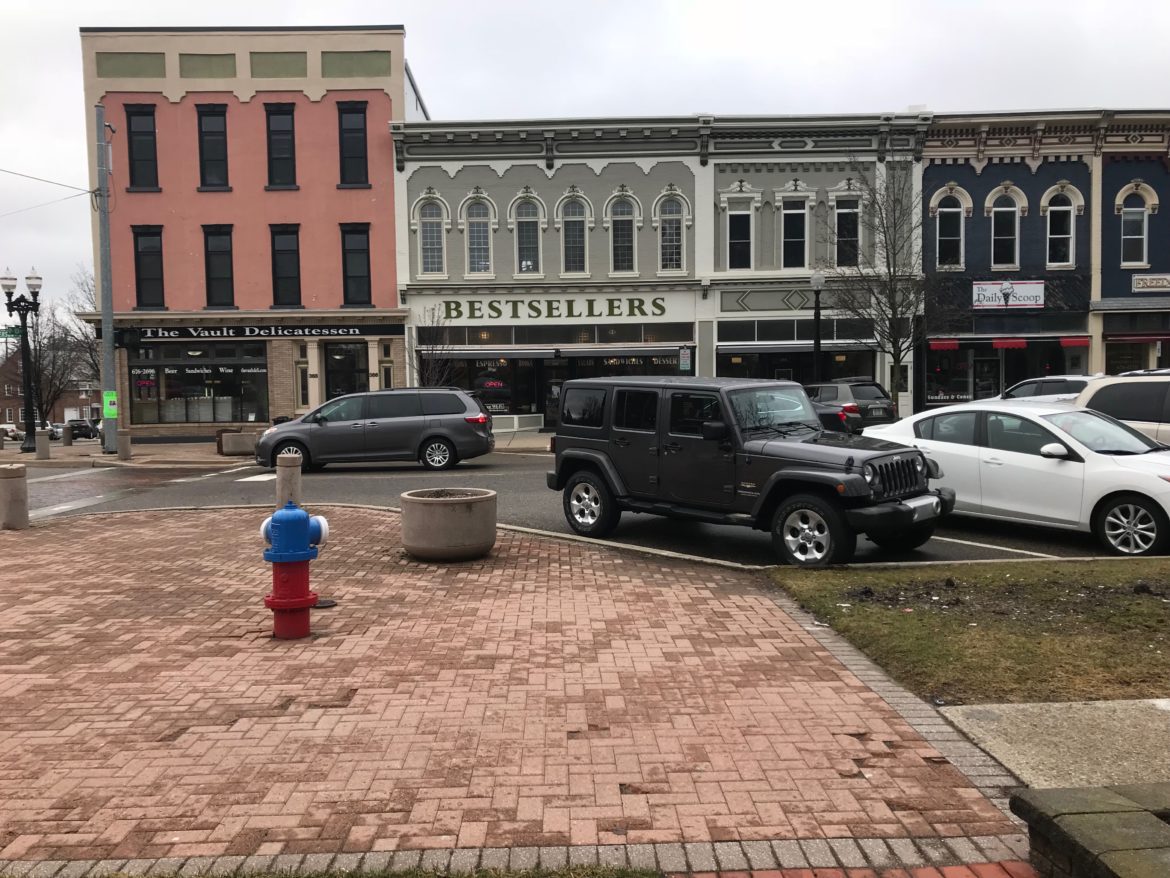 There’s a lot of historical buildings in the city of Mason, many which have been around for a long time. The city is encouraging businesses to remodel and look more presentable.

As one of the older cities in the state of Michigan, Mason has done a nice job in keeping the city a place where people can go and hang out regularly. The downtown area is a major focal point that brings in a lot of traffic and the city tries to get businesses to take pride in their building. Mason residents start the day off at Bestsellers Bookstore and Coffee Company. Photo by Ian Kress.

“What we’ve tried to do in the city, and this started 20-ish years ago, is encourage the building owners to take pride in the way their buildings look and to take some ownership on their part in creating the downtown square that we want to have,” said Mason Mayor Russ Whipple.

Remodeling doesn’t just effect the businesses, but the overall community, expert in urban design and planning at the University of Buffalo, Robert G. Shibley said, “Architecture is culture making, even in the Roman times … if the public pulls together on the quality of their place, more likely the city will support it. If the process in making this place betters the people then the better the community will be.”

Whipple said, “We’ve encouraged some downtown festivals that have been real successful like our Sun Dried Music Festival and Bad Brewing has some of their own private things … we get complaints all the time that there’s not enough parking downtown to which it’s retorted and I’m one of the ones that’ll do it and say isn’t that a horrible problem to have, too many people downtown.”

Many of the buildings are two stories tall with apartments on the top level for residents to stay and the city has not only tried to improve the businesses on the first floor but also renovate the apartments and try to bring in more people to the downtown square.

“It started out as the Ingham County Housing Commission … I think the money came through MSHDA, which is a state agency, that provided grants for remodeling the apartments upstairs above these places. We not only had at a time a number of facades that looked poor but we also had apartments that were in pretty crappy condition,” Whipple said. The Oracle Financial Solutions building located downtown Mason was built in October 2015 and is one of the newer remodeled buildings that has seen an increase in customers since the relocation.

Financial advisor and investment specialist at Oracle, Kurt A. Creamer, who was in charge of the move to a better location said, “We were originally located atop Bestsellers Bookstore and where we moved was an abandoned building that had the roof collapsed and was not in good shape … it’s been part of a long process in Mason, it’s busier than ever at the square.”

Just about all the buildings downtown have apartments above the businesses except for Bestsellers Bookstore and Coffee Company where Oracle use to be, that is used now for companies and businesses to rent out when in need of another room, Creamer said. Whipple said, “We want to encourage people to live downtown because that is, you know, an automatic customer base right? And it creates a vibe, there’s people here … there’s cars all around and so that program (Downtown Development Authority grant program) has been extremely successful in renovating many, many apartments.”

Some businesses don’t have a choice when it comes to remodeling as natural disasters happen at unfortunate times and makes it difficult for owners to invest in a makeover.

Lesa Grantham, marketing manger at Paul Davis Restoration and Remodeling said, “We’ve restored Kean’s downtown from a fire in the upstairs apartments … our office has been around for at least 24 years and the beauty of Mason is it hasn’t changed, the city tries to keep integrity of a look that’s back in time.”

For stores like Kean’s that have been around for a long time, it can sometimes be hard for businesses to remodel because the investment isn’t always worth the reward.

Shibley said, most of the reason why owners don’t remodel is because of the finical return of the investment. Downtown Mason square that attracts the most people. Photo by Google Maps.