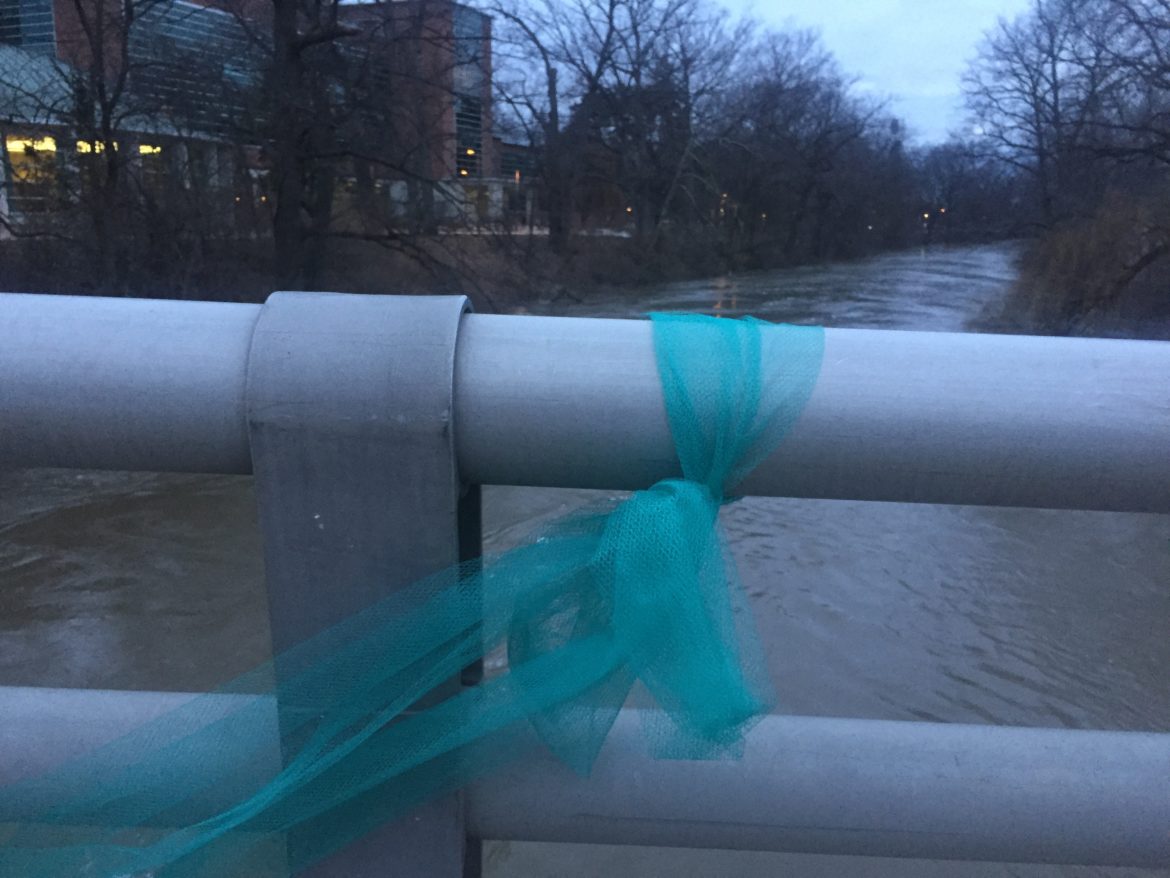 A teal bow tied to the railing just off the Red Cedar River to honor the survivors of Nassar's crimes.

In the wake of Larry Nassar’s sex abuse scandal at Michigan State University, staff members, professors, and students alike are feeling the stress of a university whose future seems uncertain. A teal bow tied to the railing just off the Red Cedar River to honor the survivors of Nassar’s crimes.

Following two major protests on campus, a state and federal investigation, and a vote of no confidence in the Board of Trustees from MSU faculty during a recent televised emergency meeting, attitudes on campus toward the university can be complicated.

“I certainly feel troubled, I feel that MSU as an organization failed and we clearly need to do better. And so we need to all work together to makes sure we will all do better in the future,” Sheridan said. In regard to an open letter expressing no confidence in the Board of Trustees submitted by students, Sheridan was proud of students for using their voices.

“I was really proud that our students took action in this case and that the three colleges were able to work together on this,” he said. “It was incredible to see three different colleges come together and do something meaningful.”

But many are still working toward change.

Sheridan hopes that structural changes to the university’s reporting policies will help ensure that violence like Nassar never happens at MSU again.

“All of us need to be proactive in reshaping the university we want to see,” Sheridan said.

S.F. is a junior in the college of communications. She plays guitar and might occasionally write if she remembers to. See sfmcglone.com for more information.