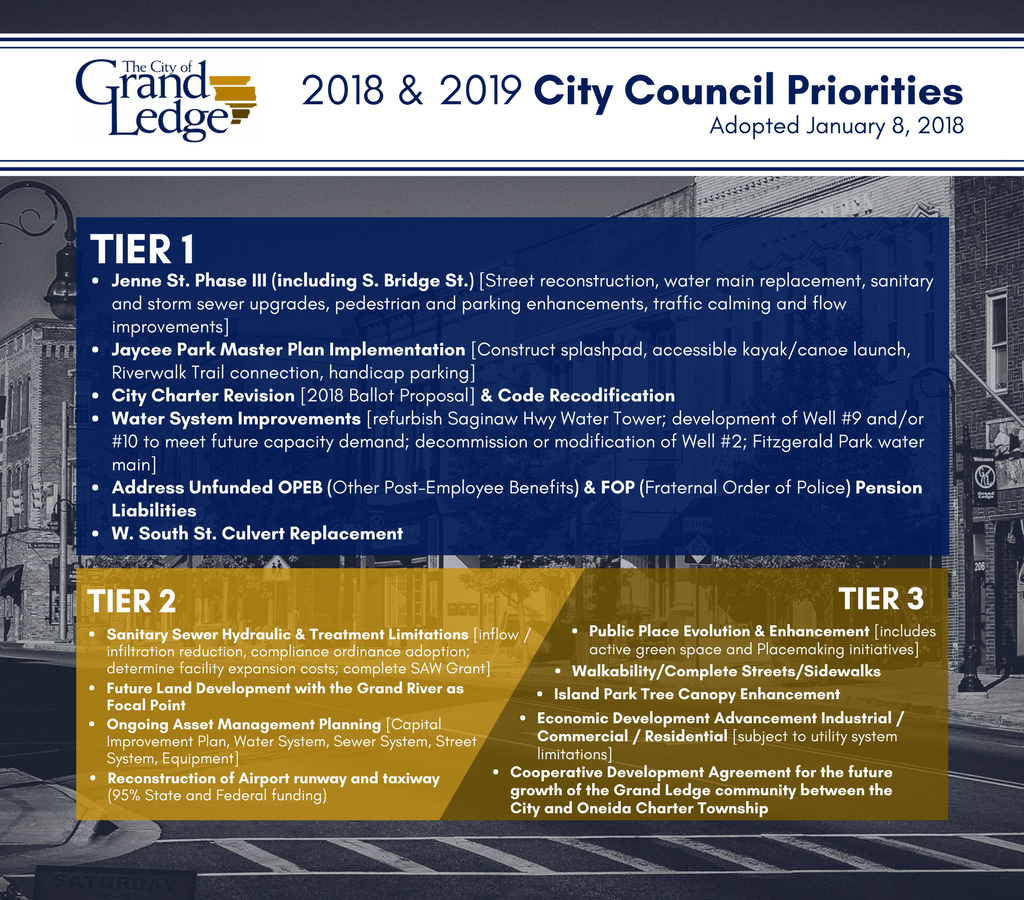 Grand Ledge city officials have put together a list of high-priority community issues to address in 2018 and 2019. The list includes provisions to update the city’s drinking water systems, revise its City Charter and increase funding to several parks in the area.

Members of the Grand Ledge City Council gathered on Jan. 8 for their first meeting of the 2018 fiscal calendar. The City of Grand Ledge’s planning and communications coordinator Hannah Bowman said that that meeting was integral in producing the priority list.

“The priorities were adopted at our Jan. 8 city council meeting, and they were discussed and kind of debated on prior to that, so all the city council members voted and were part of that process prior to adopting those,” Bowman said.

According to Grand Ledge City Council’s web page, goals for making improvements to the community are created every two years. The list of priorities they decide upon, as well as a timeline for the implementation of the projects, are made available to the public on the site.

Several issues frequently talked about by residents in the city’s public Facebook discussion page –  such as the state of Grand Ledge’s drinking water and infrastructure – are addressed in the list. All updates are scheduled to begin later in 2018 and are expected to be completed in 2019.

Mayor Kalmin Smith attended the meeting the Jan. 8 meeting in order to outline topics that city officials would be tackling in both years. He talked about the priority list that he and his fellow council members had created and emphasized that he hopes to see all of the projects on the list to completion.

“Well, I think we’ll feel pretty happy about accomplishing those goals,” Smith said. “I don’t know if we’ll accomplish all of them, but they’re at the top of the list and we’re working on it, so hopefully we will.”

“You can leave word at City Hall,” Jancek said.