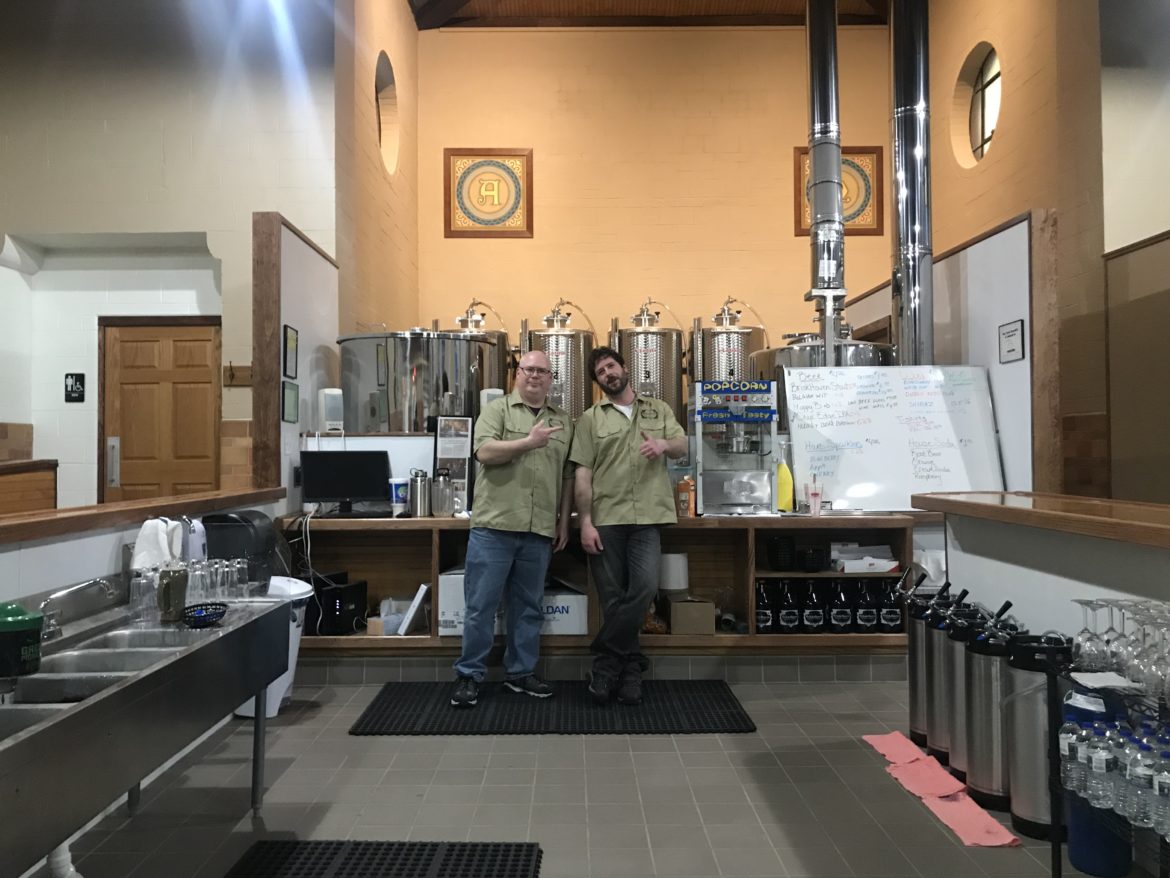 There are many things in life that can make you happy, but sometimes they can be hard to find, or make time for. For brothers Ben and Ed Huston, however, the recipe to a happiness is simple: good beer and good people. Brick Haven Brewing Company opened up on Dec. 8, 2017, after a three-year project repurposing the old building. Now in its second month of being an open, Brick Haven Brewing Company is showing more promise than expected, even by the Huston brothers. It boils down to what the two are most passionate about.

“I’ve always been customer service oriented,” said Ben. “I do it because I like to see the smiles on peoples faces, I want to be a good neighbor, and I want to make peoples days that much better.”

Older brother Ed Huston has had a passion for brewing beer for over 20 years, after an impromptu stop at a microbrewery in upstate New York.

“I went to a small brewery, and tried one of their porters,” said Ed. “I was absolutely blown away, and since then I’ve been trying to make the best beer possible.”

Upon his return home, Ed bought a small home brewing kit and eventually ended up joining the “Red Ledge Brewers” club, a small collection of homebrewers from the Lansing area. Ed was president for a few years.

“It’s about drinking good beer together and perfecting our own personal brews,” said Ed. “Without the brewers’ club, I wouldn’t be where I am today, doing what I love.”

The Huston brothers have plans to expand their brewery in the coming months, with their top priority being a smooth settle-in period to the Grand Ledge community.

“It’s a nice community-oriented place, where people can come in, know our names and grab a beer with a neighbor,” said Ben. “That’s sort of what we’re going for.”

The Hustons have put an emphasis on being an integrated part of the Grand Ledge community by implementing programs such as their “mug club,” which promotes not only regular customers, but supports local Grand Ledge artists as well.

“We have local artists make us mugs for our ‘mug club’,” said Ben. “There are only two restrictions: it needs to be local, and it needs to be an ‘arm swinging’ mug.” Regular customers can come in and buy the mugs for $100 and it stays on the wall for them to use whenever they come into the brewery. Every time they come back in, they’ll be supporting local artists, as well as getting a more generous pour.

Ben and Ed have plans to add food in the coming future, as well as an outdoor patio, expanded seating inside and refurbished top-section for bands to play live music.

“I want to work with the other businesses in downtown Grand Ledge to bring the town together and make people happy,” said Ed. “Nothing brings people together like good food, good music and good beer.”