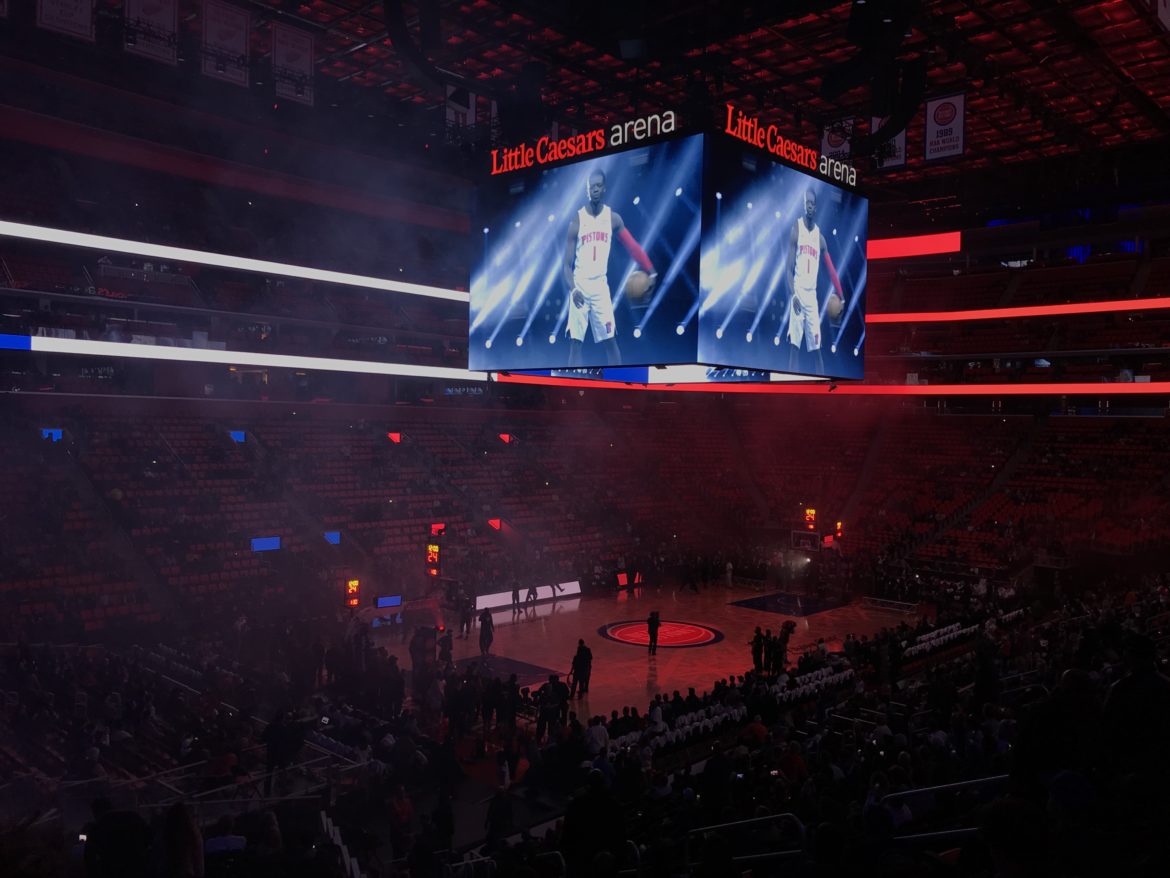 The Detroit Pistons play the Atlanta Hawks on Nov. 10 at Little Caesars Arena in Detroit.

Of the 100 athletes on the 2017 Forbes list of the world’s highest paid athletes, only one is a woman.

No. 51 is tennis player Serena Williams.

“I think the bottom line answer from an economist point of view is interest,” said Michigan State University economics professor Ronald Fisher. “Because it’s the interest and demand that drives the revenue that the league receives.”

Male athletes often get more endorsement and sponsor opportunities than female athletes. Endorsements are a key part of the incomes of the highest paid professional athletes.

Together, the top 100 athletes earned $3.11 billion, including $887 million from endorsements, memorabilia and appearance fees.

Yet, tennis is better than many other major sports. Women who play tennis hold eight out 10 spots on the Forbes list of highest paid female athletes.

Fisher said athletes in Olympic sports such as figure skating, skiing and gymnastics also make about the same regardless of gender.

“In tennis, the earnings at the major events are now equal,” Fisher said. “This was negotiated over a number of years by women’s tennis players and the association that represents them with major tournaments.”

Factors such as endorsements, sponsors, fan support, media coverage and advertisements all play a role in athletes’ salaries.

“Some women athletes get paid substantial amounts of money with not just what they earn in their sport, but from their endorsements,” Fisher said. “Serena Williams earns a very substantial amount of income from endorsements of products that is separate from her earnings as a tennis player.” The Detroit Pistons play the Atlanta Hawks on Nov. 10 at Little Caesars Arena in Detroit.

Salaries in the WNBA and NBA leagues show a greater gender divide.

“That’s true both in terms of attendance at the games and as well as the number of people watching on television.”

Fisher said in the case of basketball, fan interest and watching the games plays a factor in the salary difference between WNBA and NBA players

“TV networks are just not going to pay as much to cover WNBA games as they’re going to pay to cover NBA games,” he said. “So where is the WNBA going to get the revenue to pay those equal kind of salaries? So I think in something like basketball it’s very unlikely.”