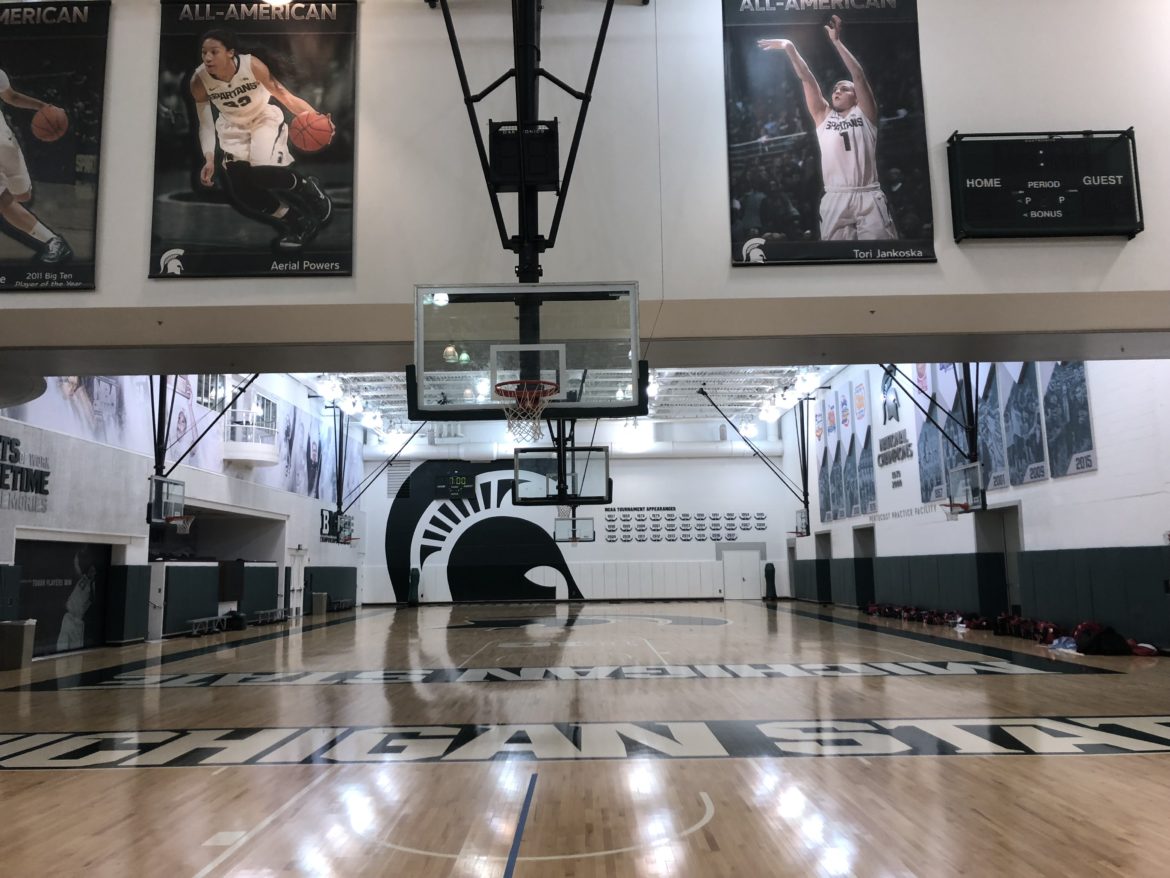 This is where the MSU women's basketball and scout team practice in the Breslin Center.

The Michigan State University women’s basketball team holds annual tryouts for its male scout team. What exactly is the scout team and some of the perks? Spartan Newsroom talked with Jack Dales, a sophomore who is a member of the team.

Scout team members are full-time students and have to go to tryouts, typically in the fall, to make the team.

Spartan Newsroom: What are your general obligations for being on the team? Do you have to learn other teams’ offense/defense? Watch film?

Jack Dales: General obligations include showing up to practice when you’re scheduled and trying to give the girls good competition to prepare them for their games. When we come to practice, one of the assistant coaches will assign us a practice penny with the upcoming opponents’ players numbers, and tell us their tendencies to try to recreate it at practice so the girls can get used to guarding the opposing team before they play them. We don’t have to watch film.

SN: How many times a week do you practice? And how long?

Dales: I usually practice three to four times a week depending on the practice times. Practices can be anywhere from one-and-a-half hours to three hours because sometimes the girls watch film before practice. We aren’t required to lift weights or condition, though. The workload isn’t too bad. Most, if not all, guys don’t practice every day of the week, so there is plenty of time to get school work done between practices.

SN: How did you first hear about the scout team? And what made you want to try out? Scout team players can scan their MSU ID to get into the Breslin Center and certain rooms within the arena.

SN: Do you get free gear?

Dales: We do get free gear, such as two cutoffs, one long sleeve shirt, one short sleeve shirt, four pairs of socks, two shorts and a tracksuit, along with discounts on shoes and backpacks.