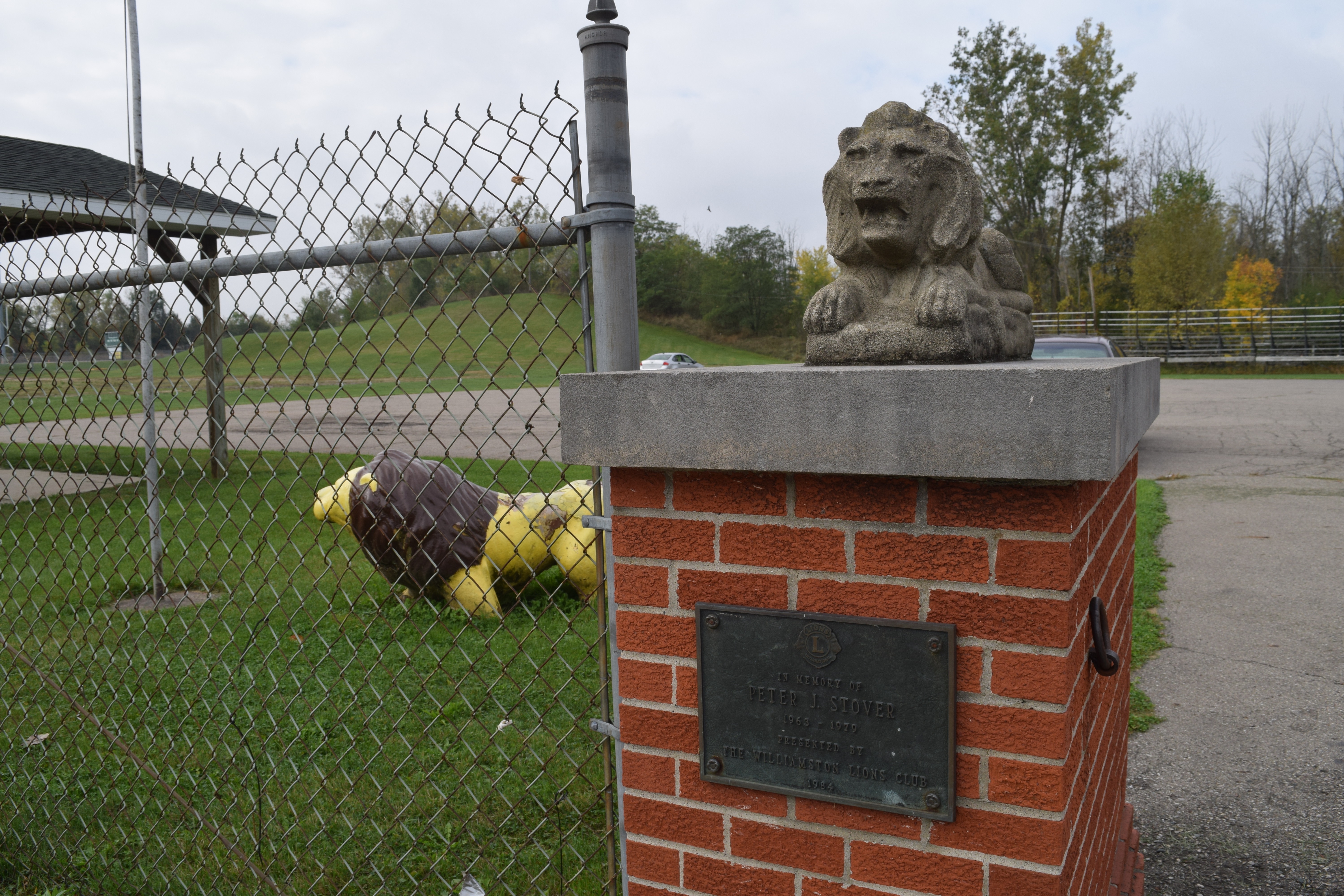 Whealton was excited the plan was approved before Dahlstrom’s family arrives in town for the memorial service. Now they will be told the news as a family. Photo by Mattie Milne 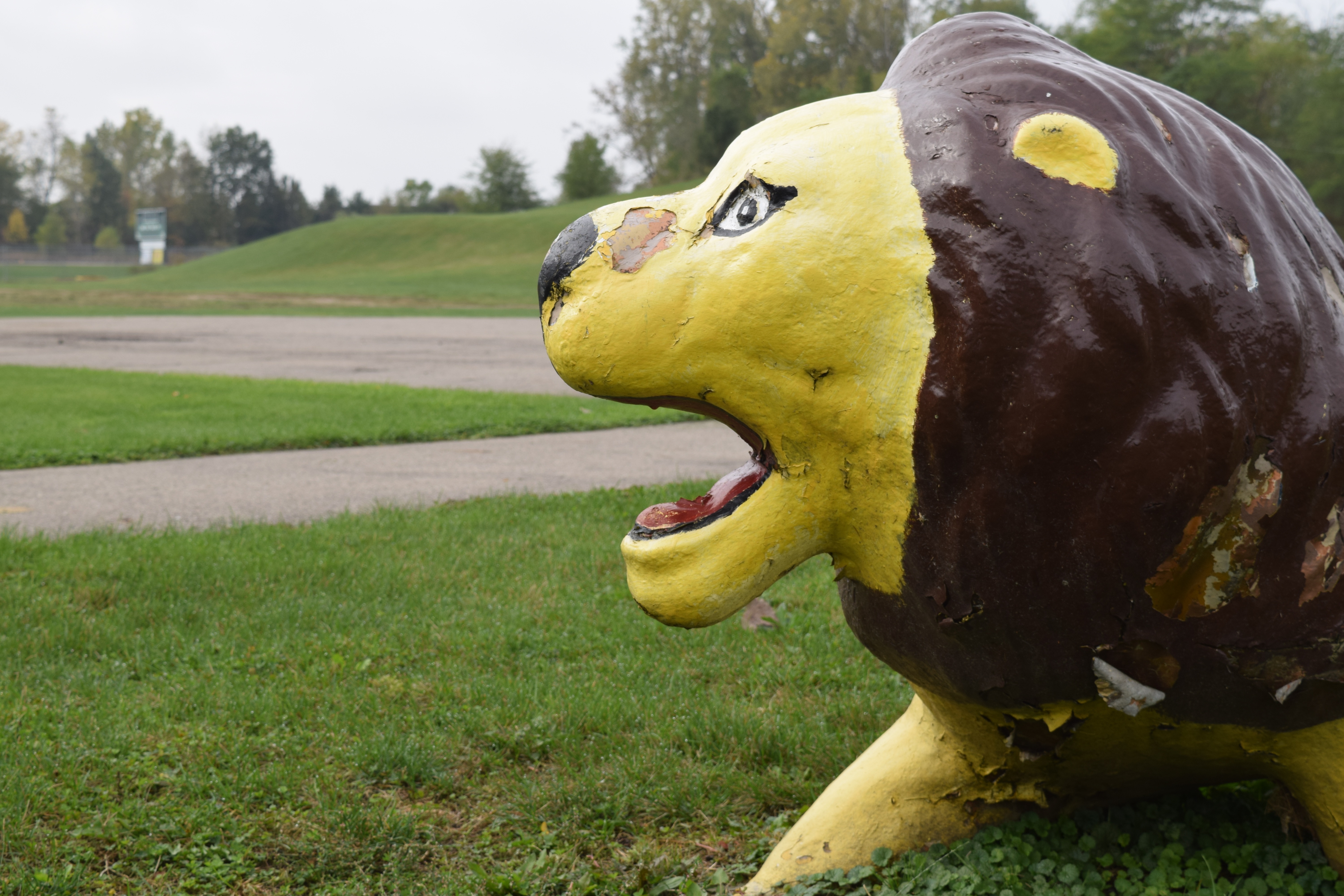 The Williamston Lions Club has a steak and beverage tent located at the newly named Howard Dahlstrom Memorial Park during the Red Cedar Jubilee. Photo by Mattie Milne 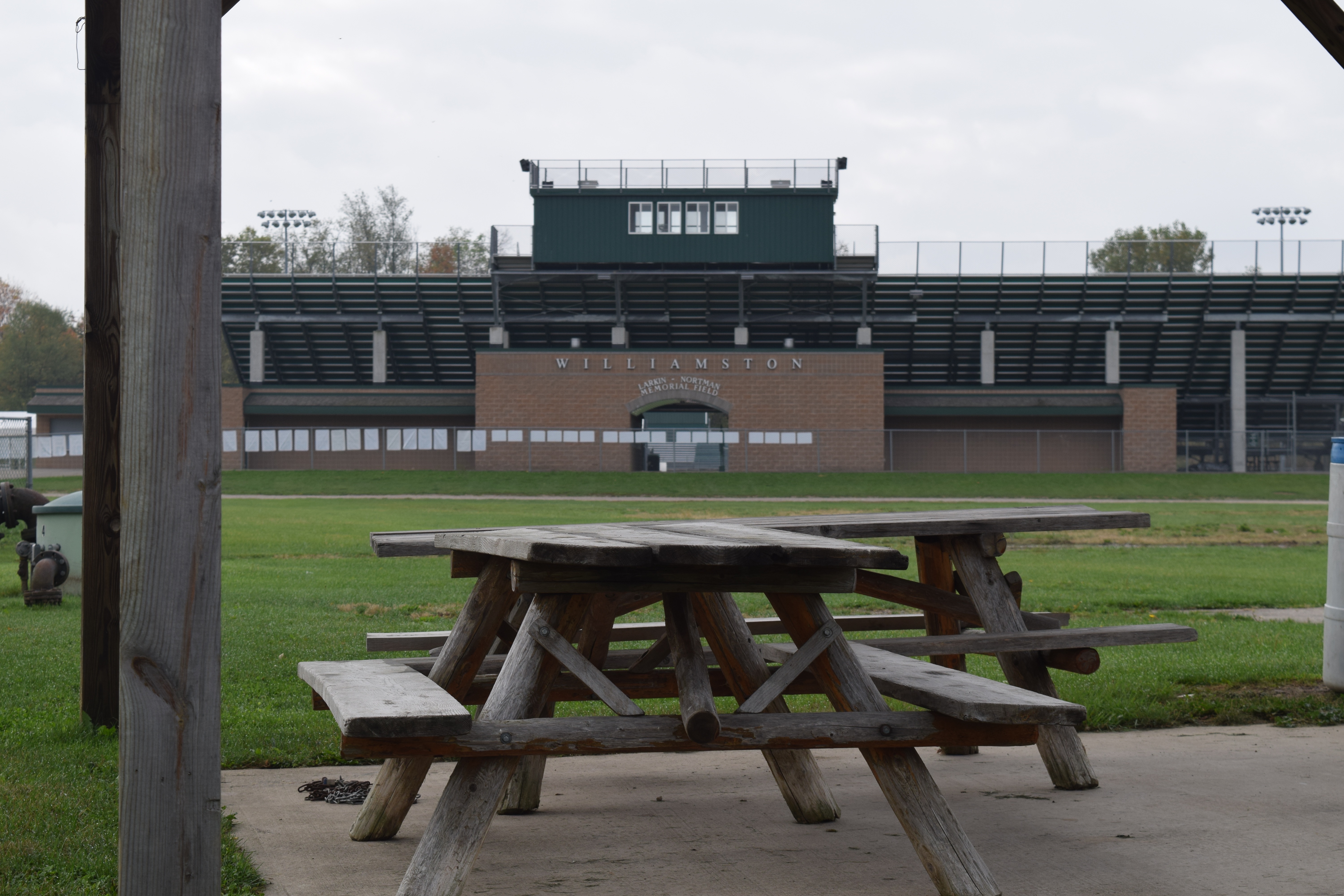 Many have memories of Howard Dahlstrom flipping burgers at the park during jubilee. “He made the best burgers ever. He’s going to be missed. He is missed. I miss him already,” said Whealton. Photo by Mattie Milne 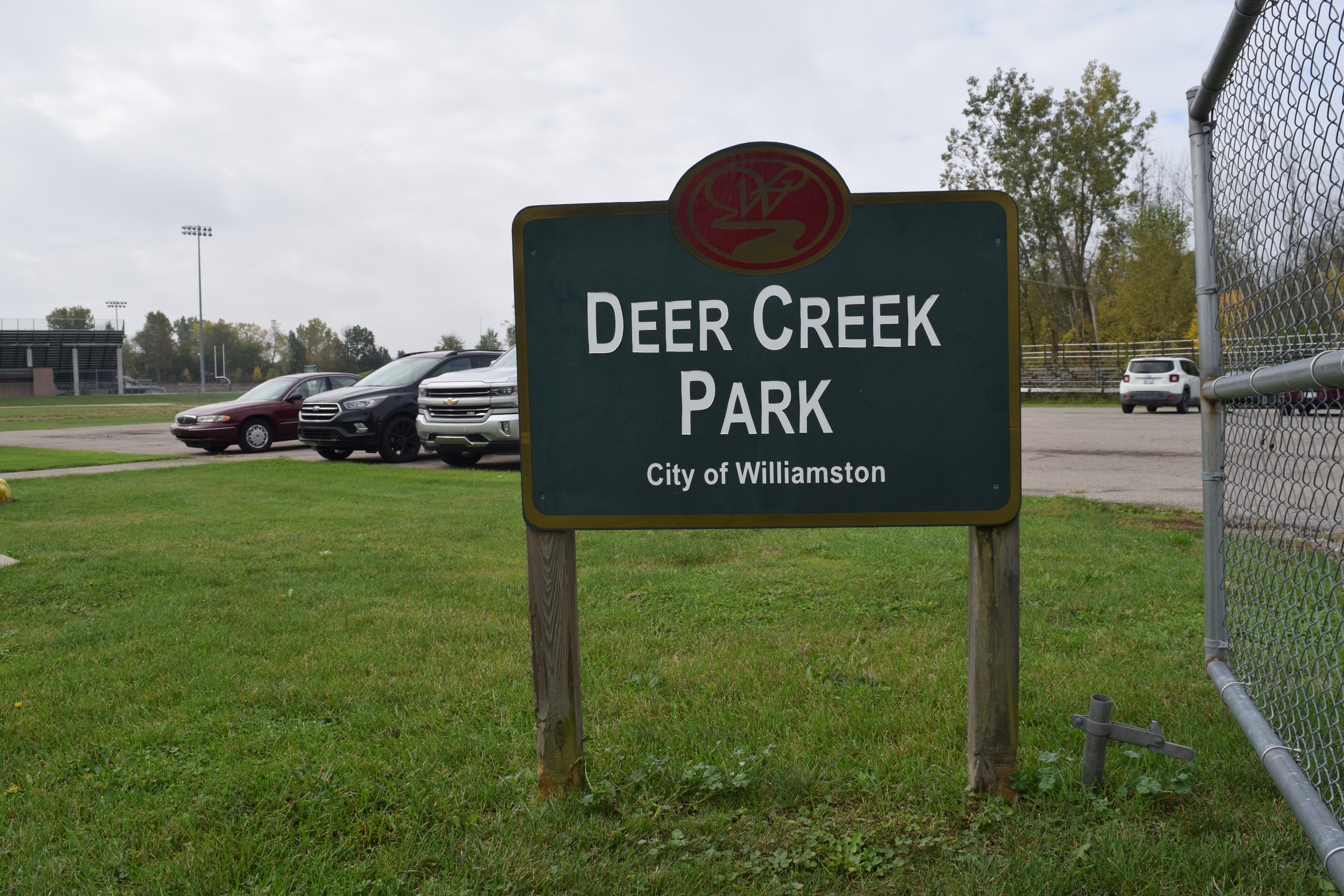 Sandy Whealton hopes to get the new sign designed, approved and set in the park before winter. Photo by Mattie Milne

Whealton was a longtime friend of Dahlstrom, a beloved member of the community who died suddenly on Sept. 22.

The park was originally named after Deer Creek that runs behind the park. However, Deer Creek Park was known as Lions Park by many. The Williamston Lions Club had a tent there during Williamston’s Red Cedar Jubilee event in the summer.

Not only did people often think of The Lions Club when they thought of the park, but also Howard Dahlstrom.

Dahlstrom was an active member in the club and is remembered cracking jokes behind the grill during jubilee.

“Howard was an amazing man. He did so much for this city that really a lot of people didn’t realize,” said Whealton. “He was lion of the year, rotary member of the year, and citizen of the year. He was just honored very much.”

Lions Club president, Kris Horstman, said Dahlstrom not only touched every single service organization in town but anyone in need. He helped the sick and blind. Dahlstrom was there for those suffering from domestic disputes, intrusion problems, financial struggles, divorce and death.

“He was always checking in on people,” said Horstman. “If somebody died he’d bring the whole family enough food to feed them for a month. If somebody was sick, he would go see them. He’s just touched every life here.”

Earl Wolf worked with Dahlstrom on several service committees such as rotary and parks and recreation. Wolf looks up to Dahlstrom for his constant efforts at spending his retired days from the police department quietly working to make Williamston a better place.

“It’s never printed but everyone knows it,” said Wolf. “He was the guy to get somebody out of a really ugly jam that normally might have been on the front page of the paper, but he didn’t want it that way.”

Whealton first introduced the idea of renaming the park to the parks and recreation committee. The committee was completely in agreement with the proposal. Next, she brought the idea to city council and there was a unanimous decision of approval.

Although the vote ended being unanimous, there was an argument regarding precedent.

“If somebody else wants something in town, let them fight for it like I am,” said Whealton. “This is our park. We have used this for 40 years. It’s The Lion’s and jubilee’s. We fenced it and fixed it. Howard was a part of that.”

Now that the park name has been approved, Whealton is working on signage and approving the design. She hopes to have it completed by winter.

“He was amazing and it couldn’t have been named after a better person and I hope it stays like that forever,” said Horstman.