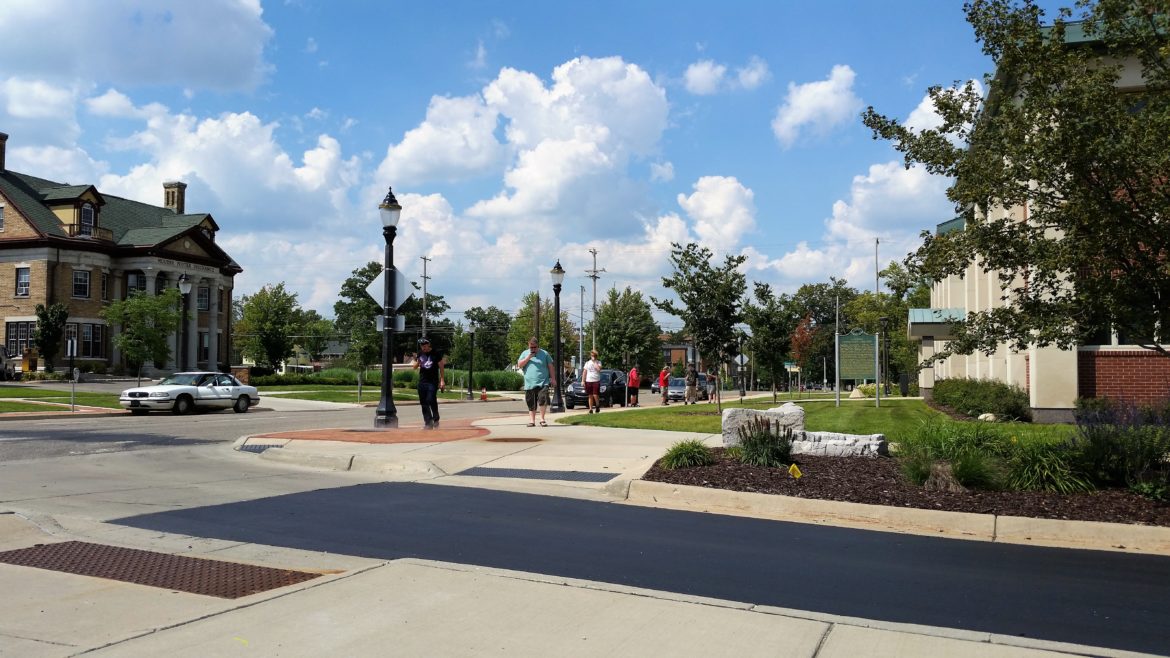 Do local college students spend a significant amount of time in the City of Lansing?

It depends on who you ask.

“I commuted to and from LCC (Lansing Community College) but never stopped and visited the City of Lansing,” said Sarah Baylis, a Michigan State University transfer student. “As an MSU student, I stay in the East Lansing area.”

Baylis attended LCC for two years before transferring to MSU.

“I had taken general requirement and basic classes as a chemistry major at LCC,” Baylis explained. “Enough to apply and transfer to earn my Bachelor’s [degree] in Biomedical Laboratory Diagnostics at MSU.”

Baylis feels her classmates don’t spend much time in the City of Lansing either.

“For the most part, I feel my fellow students stay in East Lansing rather than the City of Lansing because they have friends who attend MSU,” she said. “I also feel there are more college friendly businesses and it’s a short walk from campus.”

“There’s definitely people who will make their way down there,” she said. “But I think most kids stick to East Lansing.”

For Baylis, the City of Lansing experience feels sub-par.

“It seems like there isn’t much to do or see in downtown Lansing,” she said. “I see a lot of people in business suits walking but not a lot of restaurants or shops.”

While Brauer doesn’t visit often, she claims her experience in the City of Lansing has been comfortable.

“I go to Old Town,” she said. “You know, the art district. I’ve been downtown a couple times for interviews, a concert and a restaurant. I like that it feels very homey. I’ve never felt uncomfortable in Lansing, if that makes sense. There are some cities where I go and I feel out of place or not safe.”

For Brauer, the avoidance of Lansing has less to do with preference and more to do with commitments.

“I feel like, maybe if I wasn’t a full-time student, I might go down there more often,” she said.

“I work for both Lansing and East Lansing state representatives at two different jobs, and one of them is going door-to-door for Andy Schor, who is likely going to be Lansing’s next mayor. I spend at least four hours a day going door-to-door in various parts of Lansing,” he said.

Schraft has been an LCC student for almost a year, but he also went to high school in Okemos.

“A lot of people I know are still in the area,” he said. “In general, I don’t think they spend much time in Lansing at all. I think most people my age spend their time in East Lansing.”

Schraft believes students are missing out.

“I think Lansing has a perception problem,” he said. “People see Lansing as kind of a ghetto place and they don’t want to come here and I think that’s a shame because it adds on to Lansing’s problems and it keeps people and families from coming to the city.”

For Schraft, there is a definite draw to the City of Lansing.

“I’d say Old Town and REO Town are pretty cool,” he said. “There are some really nice restaurants and some really cool culture.”