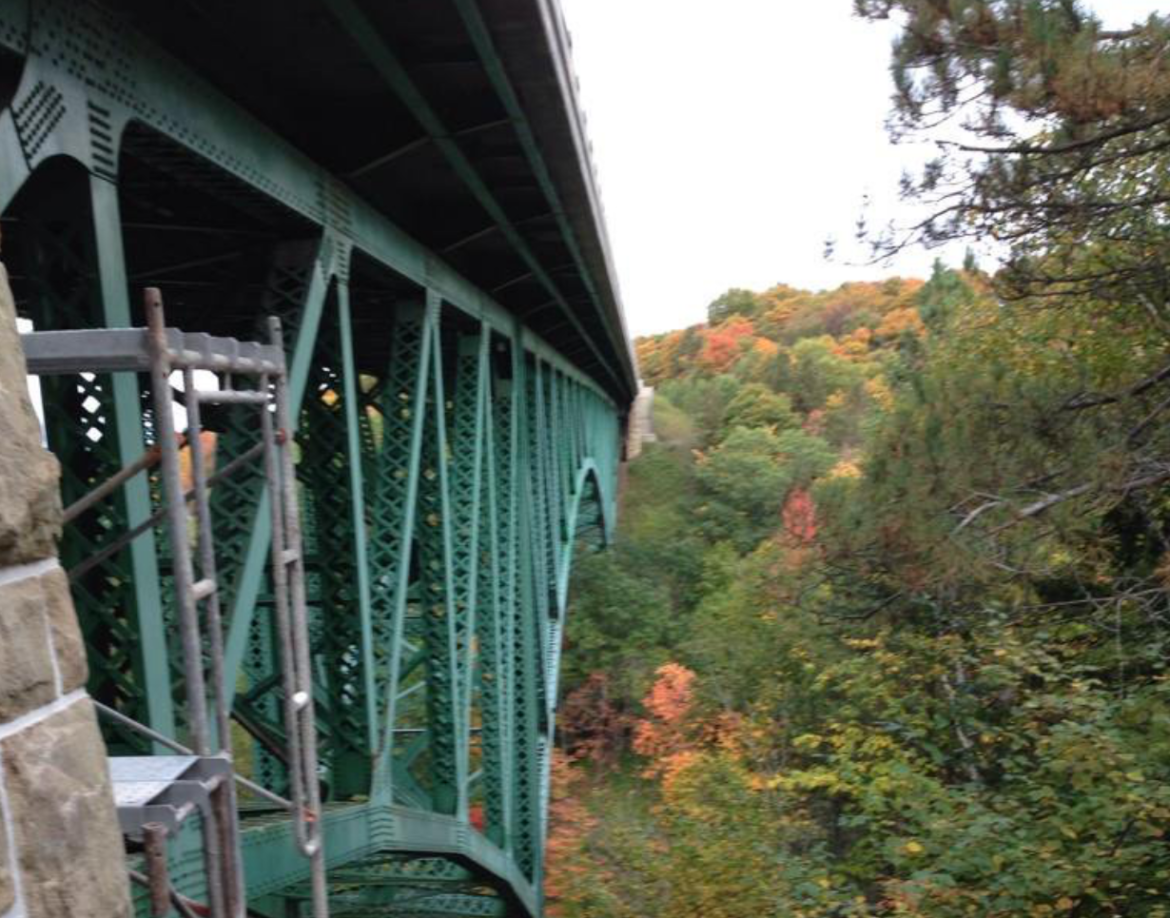 Deciding where to go to college is a tough decision for high school seniors to make. It can be stressful given the fact that it is a new environment, new people, new living space, etc., but what about making the decision on whether or not to go to college and get a degree?

Instead of going off to college after high school graduation, some students decide that college may not be for them and opt out of the decision to attend completely. Other students may decide to try it out for a year or two and realize that college is not for them.

In a world that stresses the importance of getting a college degree in order to find a successful career, how do others without a degree find the same success?

Bob Foguth, co-owner of Pneumatic Restoration, realized that college was not for him.

“I went one year and I knew it was not for me, it just wasn’t in the cards,” said Foguth. “I didn’t think in that point in my life that it [a college degree] was going to get me to where I wanted to be.”

Upon finishing high school, Foguth went to attend Ferris State University for one year and then later dropped out. From there, Foguth moved down to Florida to start his career. “I got an opportunity to go to Florida to work, and I told my dad I was leaving and the best advice I ever got in my life, he told me, ‘Don’t go down there and work, go down there and learn something,'” said Foguth.

While spending his time in Florida, Foguth learned the trade of concrete restoration, the basis of what his business is today.

According to Foguth, he believes that he would still be where he is today if he did indeed decide to finish college with a bachelor’s degree. He knew he wanted to do something with concrete restoration, so if he was to graduate college, he would still have had to learn that trade sometime after college to have the same success he has today.

Julie Hickmott, Medical Surgical Product Executive for Cardinal Health, did the complete opposite of Foguth.

After graduating high school, she went on to attend college where she would later eventually graduate with a bachelor’s degree. The choice though, was not completely left up to her.

“I had no choice, it was my parents decision,” said Hickmott. “It was either go to college or you move out.”

Although her parents left her the ultimatum, Hickmott admits that she still would have attended college and is very thankful that she did, because she would not be where she is today without that degree.

“Oh my god, 100 percent without a degree, I would not be where I am at,” said Hickmott. “You have to have a degree to do what I am doing.”

Foguth does admit that all throughout his career he has been partnered or worked with someone who does have a college degree and that has helped tremendously.

“I don’t think I’d be where I am today without being involved with someone with a college education,” said Foguth. “I’ve always had a partner that had the business end of it and the know how on doing the billing and estimating for the work.”

Guidance Counselor at Powers Catholic High School, Melissa Welsh stresses the importance of going to college and getting a degree and the advantages it will give a student later on in life when searching for a job in their career.

“I think it [going to college] broadens your knowledge incredibly and it could be that you’re taking a bunch of classes that you absolutely have no interest in, you would have never studied any of it, but you’re still going to get something out of those classes,” said Welsh.

According to Welsh, college teaches you important life lessons that have value in the professional world. These lessons include learning how to live on your own, how to meet new people, networking skills, and you learn how to fight for yourself because professor’s are not going to just give you handouts.

Current college student and supply chain major at Michigan State University Kyle Jaggi made the decision to attend college because he believes it is the best investment for his future.

With the career path that Jaggi decided to go with, it would be almost impossible to do without a getting a college degree.

“Some people I work with do not have a college degree and they are kind of limited on how far they can advance in the company,” said Jaggi. “It’s not impossible, but it limits you to some degree.” According to Jaggi, in order for him to excel in his career, getting a college degree will allow him to be specialized enough in one area to be fit for a job and a lot of employers will look for that.

Jaggi admits that you can be successful in a career without a degree, but it is starting to become much harder every year.

“Most jobs are making it required to have some sort of degree, even going for a couple of years can help give an advantage,” said Jaggi.

One thing that Jaggi, Welsh, Foguth, and Hickmott all agreed on is that you must have the determination to be successful in your profession, because without that determination, it can be very hard to find success.

“To me it’s determination, that is the biggest thing,” said Foguth. “If you’re not motivated and not interested in becoming more than what you are today, next week, than that degree doesn’t mean much.”