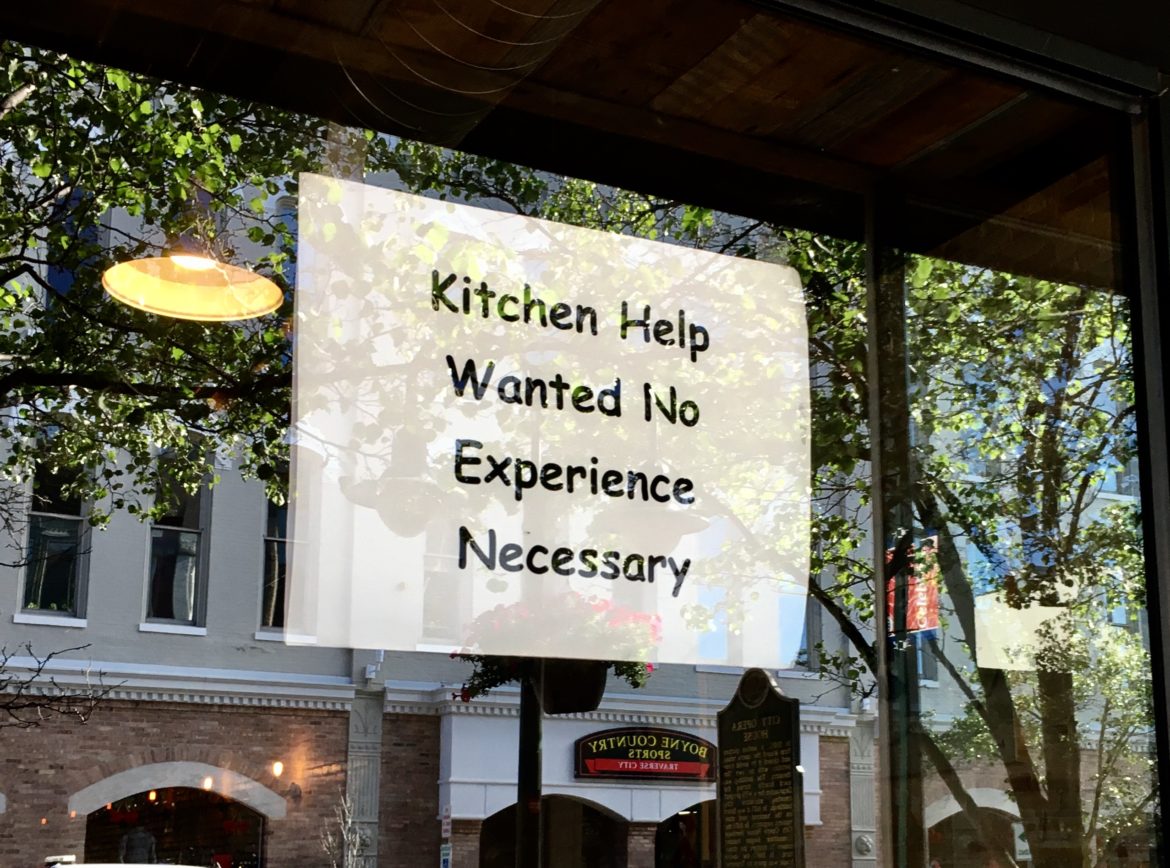 Diane Kimmel, who taught general business at Northwestern Michigan College, says “summer is Traverse City’s tourism time, so early summer and spring are big times for hiring. Traverse City Area Public Schools is one of the biggest employers and so is Munson (hospital). If you think about those two places, the public schools have to hire during the summer and the hospital is pretty much ongoing.”

Kimmel says the most successful way for Traverse City businesses to reach a larger audience of potential employees is by either newspaper ads or employment websites: “If you’re a local person you probably know about the email that comes out every week or every day called The Ticker. You subscribe to it and it’s directly related to businesses in the area.” An example of a business hiring in Traverse City is Panera Bread. Bailey Langbo, who has worked at Panera for one year and two months, says, “We’re technically supposed to have 50-60 employees, so we’re way understaffed. The company needs more than just a sign on the window. There are a lot of times when we don’t have applications available for people who want them, so having them ready when people want them would help.”

The YMCA Summer Camp was also searching for employees at the beginning of summer. Employee Joe Hughes agrees with Kimmel and Langbo about websites being the most successful method for a business, since he found his job through the YMCA website. Michaela Tusan, a resident of Traverse City who is currently looking for a job, says “The hardest part about finding jobs, specifically in TC, is regarding the fact of seasons. Summer in TC is busy, so many places need many people at all times due to tourism rising.”

Being a business owner’s daughter Tusan says that putting signs up and “going the extra mile” is usually successful to find new employees. She adds, “The best strategy for work places to reel employees into their business is when employees let their close friend and family know via social media or directly in person.”