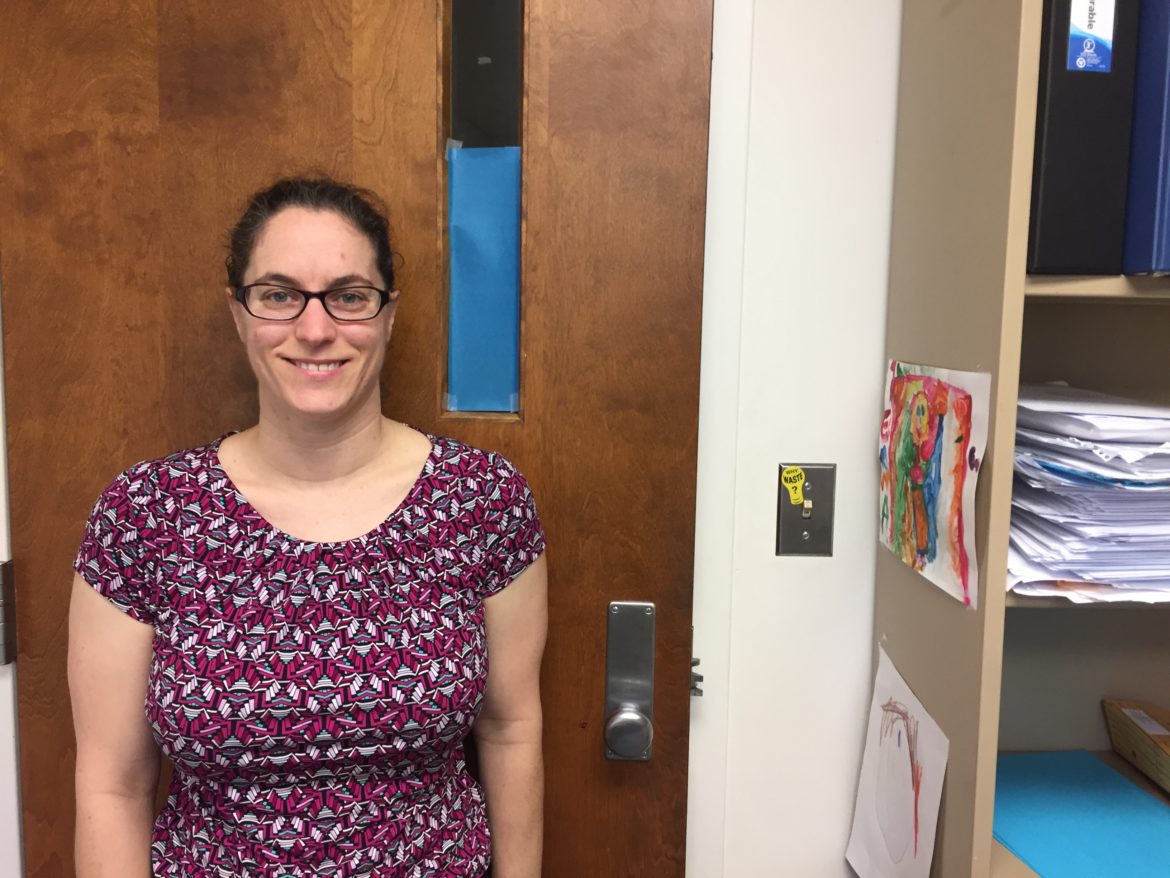 Melissa O'Shea, in her office for political science at Michigan State University on Thursday, Apr. 27, 2017.

But that started to change when Cosand went to college. Adjusting to campus culture also included becoming more politically active.

“Especially in classes, there’s an obvious effort not to talk about politics, or it’s a huge part of class and the discussions we have,” said Cosand, a senior at Michigan State University studying interdisciplinary humanities.

Students and faculty say they noticed political engagement increase during the 2016 presidential race — the first presidential election in which most undergraduate college students could vote.

“I wouldn’t say freshmen immediately find their political voice, but students do develop their views over the length of college most definitely,” said Nicole Steele, a junior at MSU studying special education.

Ryan Black, an associate professor in the Department of Political Science at Michigan State, said “campus culture” is like the microcosm of society.

“Students bring their political beliefs to campus and are able to really develop their ideas,” Black said.

Black said politics are mostly about personal beliefs and values. Once students come to college, they start to become more concrete in their values and opinions, which leads to the ability to handle more intense political debates. College is when young adults are presented with more opportunities to challenge these values and opinions, he said.

Research shows younger generations tend to have more liberal views. Millennials and Generation X are the most Democratic generations, according to a 2016 Pew Research Center survey. Nearly a quarter of millennials and Gen Xers identify as liberal Democrats or Democratic-leaning independents.

Thirty-one percent of baby boomers and 36 percent of Silents described themselves as conservative Republicans or Republican-leaning.

Melissa O’Shea, an associate professor in the Department of Political Science said millennials tend to lean more liberal because of the importance of education to the generation, while older generations often lean more conservative.

Yet, even among members of the same generation, there can be stark political differences.

“There was a polarization amongst our students along both ideological and racial lines,” O’Shea said of the 2016 election.