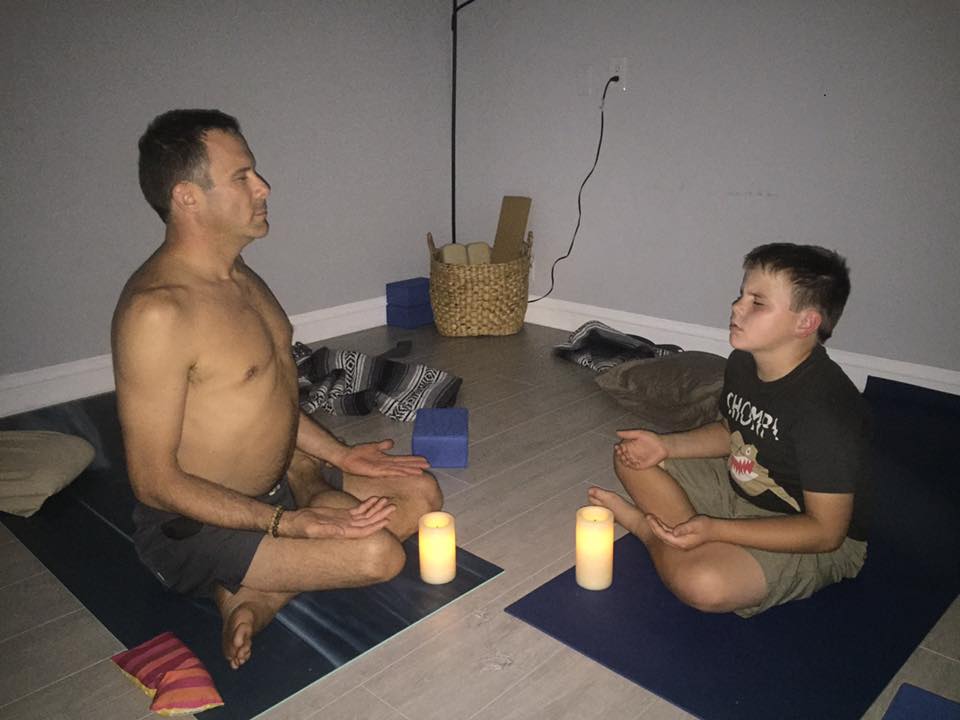 Mike Cerneant with his son, Sage, in the middle of a yoga pose.

With less and less separation between work and personal lives, people struggle with work-related stress. The key to this is maintaining and implementing a positive work culture.

People might often think of work-related stress as normal or just a part of the job, but that isn’t necessarily the case. In today’s workforce there seems to be a higher emphasis on competition and pressure, while managers can be very demanding of their employees. It can be rare to work for a company that actively promotes self-care and wellness. Mike Cerneant with his son, Sage, in the middle of a yoga pose.

According to the American Psychological Association’s (APA) annual Stress in America report, 31 percent of adults viewed work as a very significant source of stress in their lives — which is only beneath money at 37 percent.

The same report, but from a different year, found that more than $500 billion comes from the U.S. economy due to workplaces stress and that 550 million workdays are lost each year due to this kind of stress.

Even the notion of belonging to a hierarchy has links to disease and death, according to an article in the Harvard Business Review. “One study showed that, the lower someone’s rank in a hierarchy, the higher their chances of cardiovascular disease and death from heart attacks,” the article says.

So, this begs the question, why?

Dr. Christopher McCarthy, professor in the department of educational psychology for the University of Texas at Austin, says it has to do with an imbalance of resources, as well as making a distinction between work and personal life.

“Oftentimes there aren’t enough resources to meet demands,” McCarthy says. “The main thing is that people who are giving demands might not be giving a big enough challenge or it could be too big of a challenge.”

There is also the common misconception in the workplace that the more productive someone is or the amount of work they have means they’re more successful, McCarthy says.

“People define themselves by their jobs, which impacts their identities,” McCarthy says. “There is no clear distinction between work and personal lives nowadays.”

A Gallup poll showed that no matter the physical benefits that were offered to employees, such as work-from-home opportunities or bonuses, employees prefer workplace wellbeing. Where does this well being come from? A positive culture.

This is the case with Tricia Landreth, a social worker at Orchard’s Children’s Services.

“They encourage self care to include carving out time for hobbies and time for ourselves,” Landreth says. “They do this by management regularly engaging with us about these things, as well as offering an awesome vacation time policy.”

Even though Landreth is offered physical benefits, her managers still make sure to enforce a positive work culture.

Landreth has struggled with mental illnesses in the past and has even been diagnosed with and takes medication for OCD.

Despite Landreth working for a positive company that motivates her and her employees to take care of themselves, she still makes sure to deal with any stress on her own terms. “I like to read, take walks, do yoga and hangout with my baby to help with stress,” Landreth says.

Some companies don’t encourage this type of behavior and are not as engaging with their employees. However, this can lead employees to come together to help one another out, therefore creating their own positive work culture.

Mike Cerneant, the VP of institutional sales for Global Financial Data, and his colleagues experienced a huge stressor when the CEO of the company, Cerneant’s ex-wife, was put on trial and eventually landed in prison.

“We started going to daily lunch yoga classes to deal with the stress and chaos we were dealing with while my ex was on trial,” Cerneant says. “Yoga has tremendously helped me deal with stress. First, it was to let go of the work BS, but now I use it for a daily way of life. If I’m upset or if something is bothering me I hit the yoga mat, and it literally melts away.”

Since the work-related stress Cerneant dealt with was also a personal matter, him and his son, Sage, go see a therapist every week. Cerneant says this helps with the stress a lot, too.

“I’m not sure that I’d call it a struggle anymore, but I struggled with booze for a long time,” Cerneant says. “Now, I am ten years sober. So I go to Alcoholics Anonymous weekly as well and that helps. It’s a spiritual program, and the yoga ties it all together.”

The key to a positive workplace is to make sure employees take care of themselves, while making sure they get their work done without being too demanding.