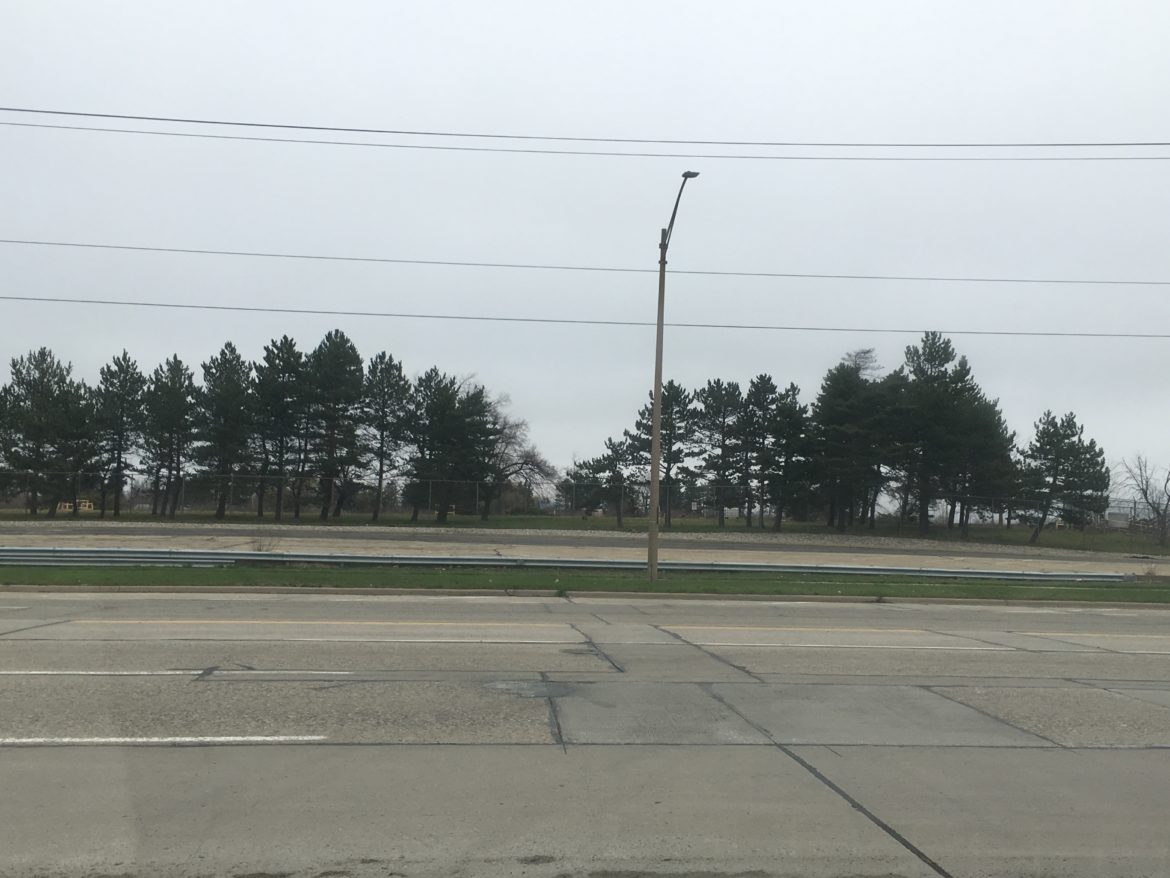 Located at 2800 and 2801 West Saginaw Street, Plants 2 and 3 are currently under contract. Photo by Madison Job Bruce (right) and Trina (left) Palmar have lived on Rosemary Avenue in Lansing Township since 2007. Photo by Madison Job

Plastic bag in hand, Bruce Palmar of Lansing Township walks about a mile a day from Michigan Avenue to Saginaw Highway to pick up cans and various items he finds along the way.

“From Michigan Avenue to Saginaw Highway I walk and I clean all that stuff out and people quit throwing that stuff in there,” Bruce Palmar said.

Trina Palmar who is Bruce Palmar’s wife said once they began to play an active role in their neighborhood, others joined in.

“We started it and everyone in the neighborhood kind of got the idea and they started doing it a little bit more,” Trina Palmar said.

Bruce and Trina Palmar have lived in the township since 2007 and became active members in improving their community and would like to see it flourish. That may soon be happening with some long-abandoned General Motors auto plant sites in the township. According to Lansing Township Supervisor Diontrae Hayes the township will see re-development of the two former GM plants 2 and 3 located on Saginaw Highway.

RACER Trust was created to clean up and position facilities formerly owned by GM Corporations before it’s 2009 bankruptcy.

According to Bill Callen, who handles media inquiries for RACER Trust, NorthPoint Development has made an offer on both Lansing Plants 2 and 3.

On that site, NorthPoint plans to build manufacturing, warehouse and distribution facilities primarily for companies in the automotive sector, according to a press release.

“We’re thrilled by this opportunity and looking forward to completing a project that our team, our tenant companies and the community will be proud of,” said Chad Meyer, president and COO of NorthPoint Development. “We’ve long recognized the potential of these properties for redevelopment and reuse and we look forward to working with community partners and industrial users who can benefit from the strong infrastructure, logistics advantages and strong workforce the area has to offer.”

The deal has not yet closed.

“Currently, the sale is not closed and is still under contract,” Callen said. “The buyer gets a certain amount of months to investigate the property which gives them control over what they’re buying.”

“NorthPoint’s investment will both revitalize these properties and provide a strong sense of renewal to our communities,” Hayes said in a press release. “Our high-quality workforce, infrastructure and services give businesses the confidence they need to invest and grow with us and I’m delighted that NorthPoint saw the value those of us who live here see every day.” There are four Lansing Plants up for purchase from RACER Trust by NorthPoint but only Lansing Plants 2 and 3 are located in Lansing Township according to a RACER press release.

The plan was something the Palmars viewed as positive for the township.

“There’s a lot of people along here that don’t have work or can’t get jobs,” Trina Palmar said. “It will help because it will be a union thing.”