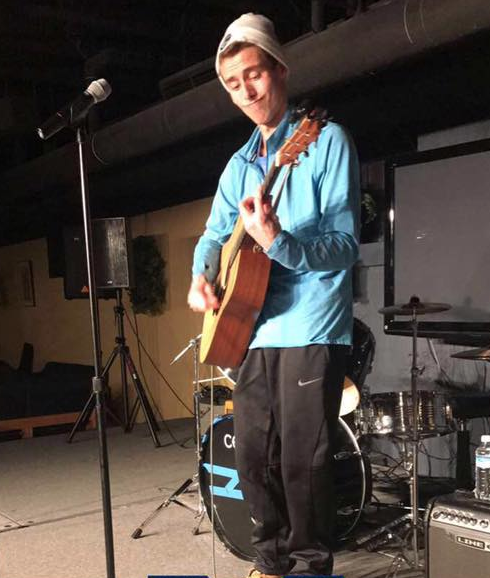 Nye suffers from depression, which began his sophomore year of high school, due to the fact that his body can’t break down folic acid. The breaking down of this acid is crucial in developing neurotransmitters that affect your mood, Nye said.

“For me it’s not I am sad because of anything in my life, I am sad because I wake up every morning,” Nye said. “I could have everything go right in a day and still nothing. I don’t really feel anything.”

Nye said while he is living with his own depression, he is trying to help others. On Feb. 11, Nye’s student organization at Michigan State, Concerts For Cures, held its first event. About 200 to 300 people came out to the Business Complex on Michigan State’s campus to hear Nye and a couple of his friends talk about mental illnesses and play music.

Nye said he started Concerts For Cures to bring awareness to depression and mental illnesses.

“I plan to dedicate my whole life to mental illness kind of stuff because it’s a very misunderstood kind of thing,” Nye said.

He also said it is important to bring awareness to these issues.

“You want to remove the stigma from getting help,” Martell said. “People think that physical health problems are the only things they need to be concerned about when things like depression and anxiety and stress and other mental health issues tend to impact students even more. It’s really important we raise awareness of the severity of these issues.”

Mental illness across the country is a problem for college-aged students, according to a study from Emory University. The study says suicide is the third-leading cause of death among people aged 15 to 24. In addition, one in 10 college students has made a plan for suicide, according to the study.

Overall, 40 percent of students with diagnosable mental health conditions did not seek help and a large part of this was due to concern of a “mental illness stigma,” according to the National Alliance on Mental Illnesses.

Nye said the first concert, Concerts For Cures put on, raised about $2,000 for genetic testing and future concerts are in the works. He plans on growing the student organization into a non-profit this summer.

It is particularly tough to deal with mental illnesses such as depression, anxiety, OCD and ADHD, all of which Nye suffers from, on a college campus, he said.

Nye said he knows there a lot of others out there like him, which is why he started Concerts For Cures.

“I am trying to help people who are struggling with it too because I know there’s other people like me and it’s just a tough thing,” Nye said. “I just hope I can help bring a little awareness to mental illnesses.”

According to the State of Spartan Health 2016, 33 percent of MSU students said they felt so depressed in the past year that it was difficult to function.

Nye’s goal is to get people talking about mental illnesses to start breaking down the stigma.

“Talking about it is the biggest solution, getting people to donate to research on mental illness is another one,” Nye said.

Although it is important to get the right people talking, Nye said.

“You need people to relate to these people with depression and mental illnesses,” Nye said. “I remember being in high school and they brought in some people to speak about suicide and they just talked about it so un-personally. It was weird for me listening to because I felt even more distant.”

Going forward, he plans to stress the human side of mental illnesses to not make others feel like a statistic, Nye said.