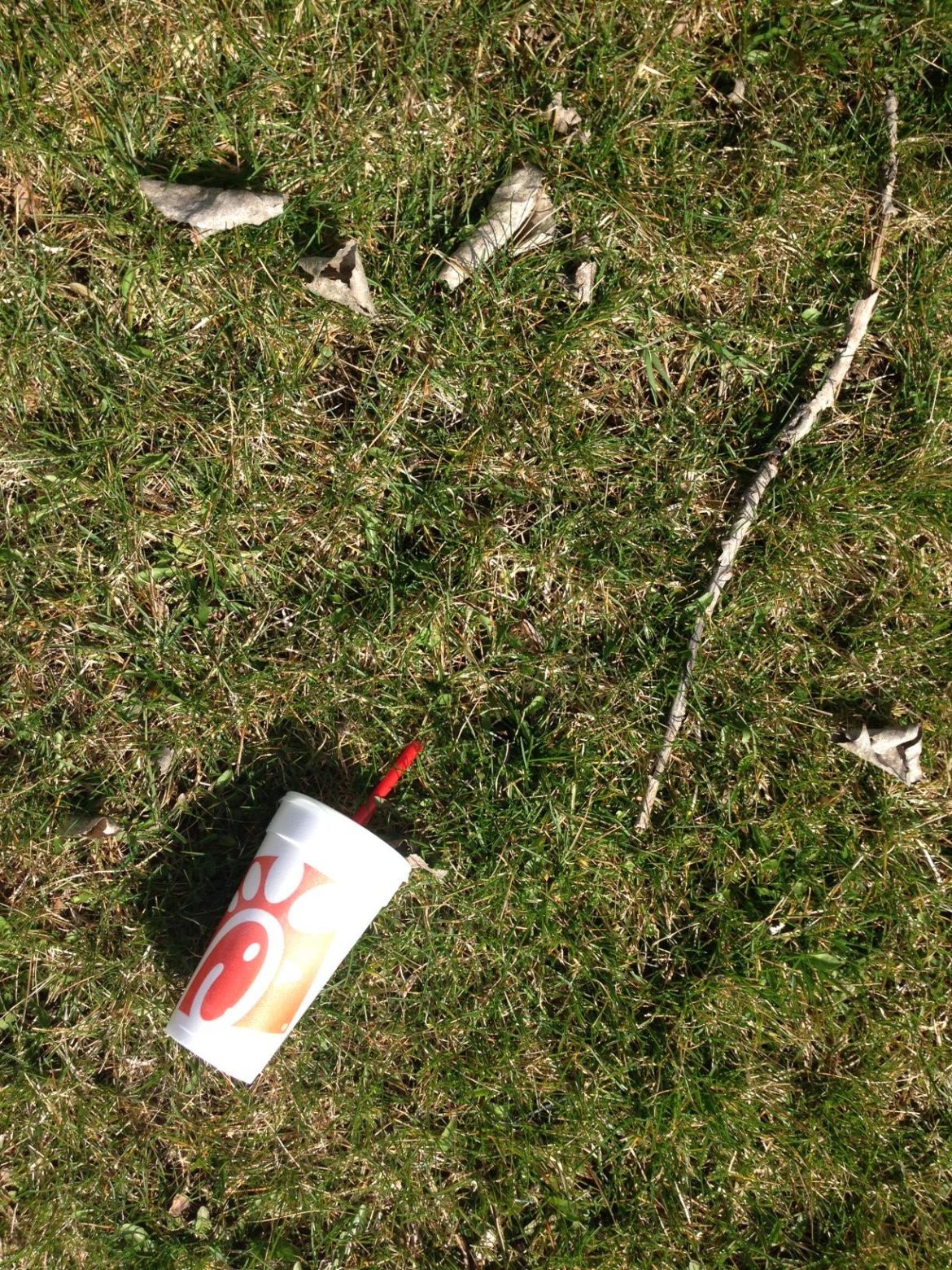 Holt resident Joni Kosloski has a two-mile route that she often walks her dogs through near Holt Middle School. It’s also become her litter pick-up route. “I find litter very disgusting and I found myself suddenly unwilling to keep looking at it and walking past it,” Kosloski said to a community group on Facebook. “I started picking it up every day on my walk.”

Kosloski shared photos of her clean-up experiences after being away from her route of pick up litter in a couple weeks. Show in the photos are cigarette boxes, empty plastic bottles, aluminum cans, and more–and fellow members of her community chimed in once she spoke out against the trash.

“I don’t understand the compulsion to throw something on the ground that belongs in the trash,” resident Cassandra Tate said. “There are several outdoor trash bins in Holt.”

The concerns come at a time full of environmental sustainability focus at Holt. At the Board of Trustees meeting on April 4, township officials reported that they attended a cleanup day throughout Valhalla Park on March 25. Trustee Tom Lenard commented that he personally saw bags of litter being moved out from the ever-popular Holt trail system. Still, township officials say the problem’s not as bad as it could be.

“I don’t think we have much of a litter problem,” Township Supervisor John Hayhoe said. “I live by one of the schools, and it seems like kids, when they’re on their way out there, maybe they run into town to grab some McDonald’s or something and they’ll throw those wrappers out the window on their way. But you don’t see much litter anywhere else.”

Hayhoe said there are plenty of safeguards in the city against the buildup of trash. Holt’s Parks and Recreation department is always cleaning up, he said, and residents tend to take care of their properties. There are ordinances in place to protect the environment from trash and junk in the Holt community.

In the fall of 2013, Delhi Township was one of three Michigan communities awarded “gold” in the Michigan Green Communities Challenge for an “innovative waste treatment system” that saved $70,000 worth of energy in the community. The other communities awarded gold were Ann Arbor, Mich. for solar panel installation and Dearborn, Mich. for establishing a fund towards energy projects.

The township also runs a special deal with Granger, a Michigan trash pickup agency that specializes in turning trash into energy, that focuses on curbside pickup of recycling.