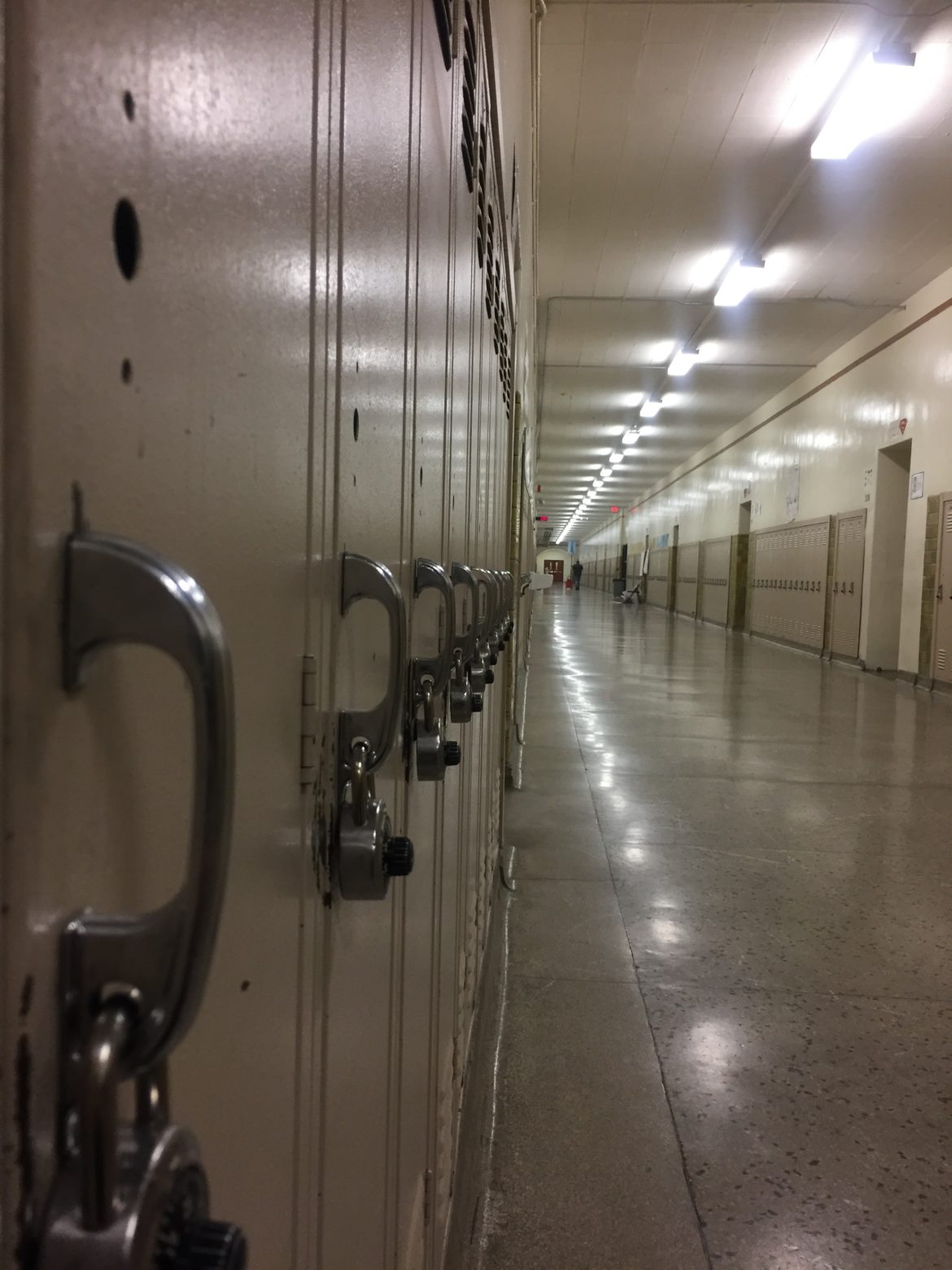 Eastern High School senior Tyler Sauceda works diligently with a few other students on part of the robot they are building for robotics club. The students are working in a small classroom on one of the upper levels of Eastern High School, which does not offer them much room to create what they need to. Senior Tyler Sauceda and a few other students working on a robot in a classroom at Eastern High School. Photo by Emily Lovasz.

In just a few years, the robotics club and all students at Eastern High School will have a new 21st century building to work and learn in.

At the end of 2015 and beginning of 2016, there was discussion of moving Eastern High School to a different location and having an organization buy the land the school currently sits on. Forsthoefel also said the bond would also help pay for renovations before the transition. Sparrow Health System will take over the land that Eastern High School currently sits on, however the athletic fields and buildings are not included.

There will be many changes during the transition, but it will ultimately provide a modern learning space for all students.

Professor at Columbia University and expert in curriculum and teaching Karen Zumwalt said that technology and an updated building would help the high school.

“There is some research that points to K-8 as being a better configuration for students than the typical three level division — elementary, middle, high school,” Zumwalt said. “But even though the research may support such a configuration, whenever there is change in grade configuration there is bound to be opposition.”

Zumwalt said elementary school teachers are trained by grade while middle and high school teachers are trained by subject. This could be one effect of merging the elementary students with the middle years. However, moving to pre-K is a positive thing if it is a true middle school. Seventh graders would be the leaders of the newly merged school and they could influence the younger kids.

Sauceda said that since he is a senior this year the move will not be affecting him, but the technology and new building would probably help.

“It might be nicer just because this is a pretty old building. But this one has so much history to it,” Sauceda said. Lockers in a hallway of the current Eastern High School building. It shows that one of the reasons to move the high school to another building is because the current one is deteriorating. Photo by Emily Lovasz.

Custodian at the Eastern High School Chloe Gray said that lockers are falling out of the wall. It is more of a 19th and 20th century building and it is worn down. That is a big reason to make the move.

Forsthoefel said that they have been patching it up and keeping it together for so long. Students deserve to have state-of-the-art facilities. Looking at surrounding communities with state of the art facilities such as Holt, East Lansing and Okemos, students in Lansing should have the same.

“Eastern students will probably appreciate after the additions happening here, it is going to be a 21st century- and it already is, but it’s going to be even more so- state-of-the-art building,” Forsthoefel said. Current Pattengill Middle Years Program building. This building will be renovated and expanded before students from Eastern High School move over. Photo by Emily Lovasz.

According to Forsthoefel, the 15-month construction process on the new Pattengill Middle Years at the current Fairview school site will begin this month. Pattengill students are scheduled to move in the fall of 2018 and Eastern High School will move to the new and improved Pattengill building in the fall of 2020.

“I think it’s going to be a win-win for my kids going across and also for the Eastern kids coming here,” Forsthoefel said. “So it’s an exciting time here in Lansing, that’s for sure.”