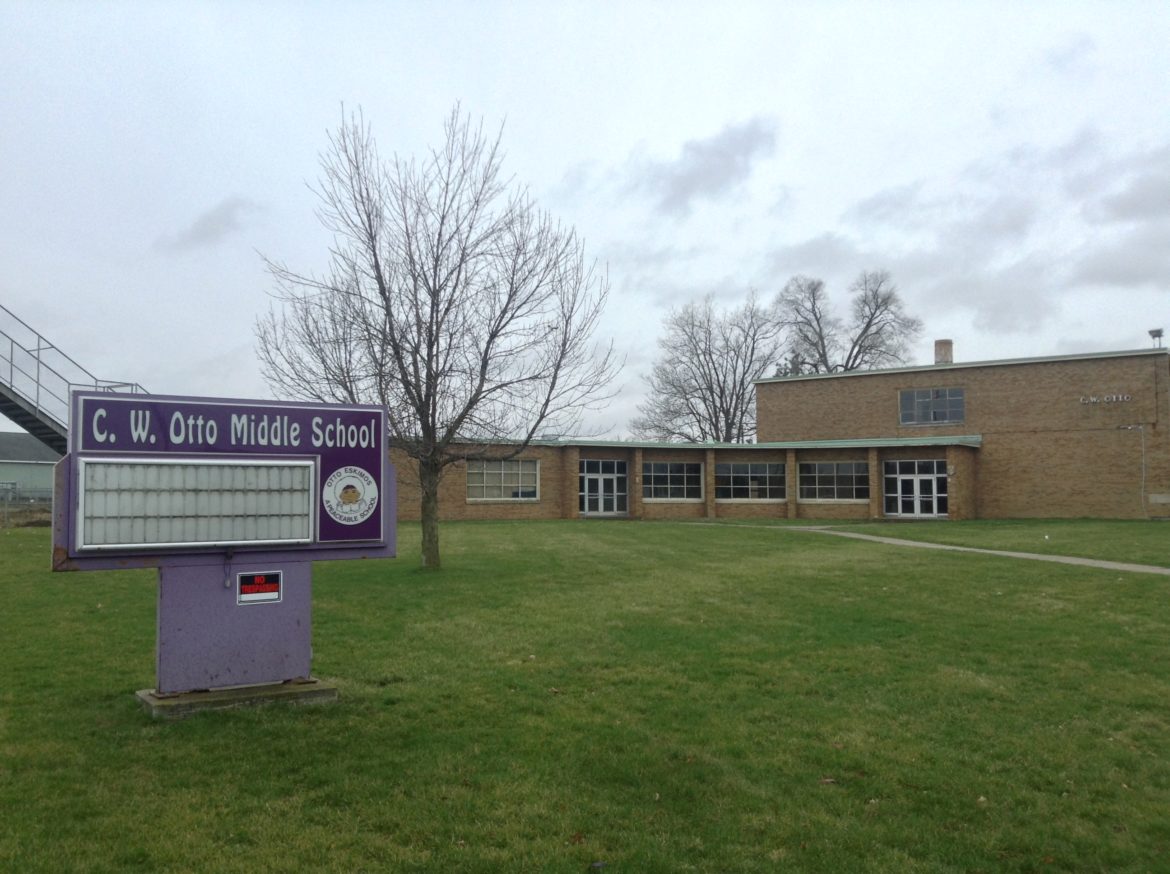 On Thomas Street in North Lansing sits a massive empty building, resembling a factory more than what it actually is: a former middle school.

In 2013, the Lansing School District shuttered C.W. Otto Middle in a move district Chief of Operations Teresa Szymanski says was due in part to declining enrollment. The number of students at Otto had fallen sharply in recent years, from a peak of nearly 1200 in 1993 to less than 600 in 2012, according to Public School Review.

She said the decline, which mirrors a dip of over 13,000 in Lansing’s population from 1990-2010, made closing the school the district’s best option.

“I wasn’t here when that decision was made, but I’m sure it had to do with ‘right-sizing’ for building-student population,” Szymanski said. “It was more efficient to move the kids to the separate schools.”

Students who would’ve attended Otto may now up at middle schools like Pattengill on the Eastside or South Lansing’s Gardner Academy, two schools that have also seen their enrollment drop even since Otto’s closing in 2013. This downturn in enrollment in recent years has left the district with an empty building it has no real use for. The view inside one of the empty classrooms at C.W. Otto. Some classrooms still have posters and old box TVs inside as reminders of past use. Photo by Maxwell Evans

Because of this, Szymanski says the district is actively attempting to re-purpose the building. Its proximity to Old Town and US-127 are primary selling points, and both for-profit and non-profit groups have shown interest in the property, leading to many possible outcomes for the school building’s future.

“Some folks have actually sought us out to tour the building,” Szymanski said. “I personally feel like it would be a wonderful space for mixed use or senior living, apartments, condo type living, or a grocery store.”

Szymanski calls the building “marketable,” but as the property sits idle for a fourth year, these possibilities have yet to show any signs of becoming reality. No trespassing signs hang around the property to ward off troublemakers in the interim, although she says there hasn’t been much need for them; outside of the homeless occasionally using the building for shelter, issues with the dormant property have been minimal. The location of the former C.W. Otto building is in gold. The blue markers are the five “middle years” buildings for the Lansing School District, which receive students from areas Otto once served. Map by scribblemaps.com and Maxwell Evans

Outside of its dominating emptiness, the loss of the school doesn’t appear to be affecting the surrounding neighborhood all too much. North Lansing around Old U.S. 27 is still a sleepy residential neighborhood, with a few established chain restaurants and small businesses lining the main thoroughfare. Residents can send their kids to other middle schools in the district without fear of overcrowding.

Szymanski still feels the loss of any school can affect residents in more subtle ways, but is happy that the phase-out of C.W. Otto, for all of the building’s future uncertainty, did little to affect students’ ability to get a “well-rounded” education.

“I certainly think there’s some sentimental value for [former] teachers and students,” Szymanski said. “A school is just a building, but it’s their building and full of things that make them have pride in it. But for the most part it [was] a smooth transition.”