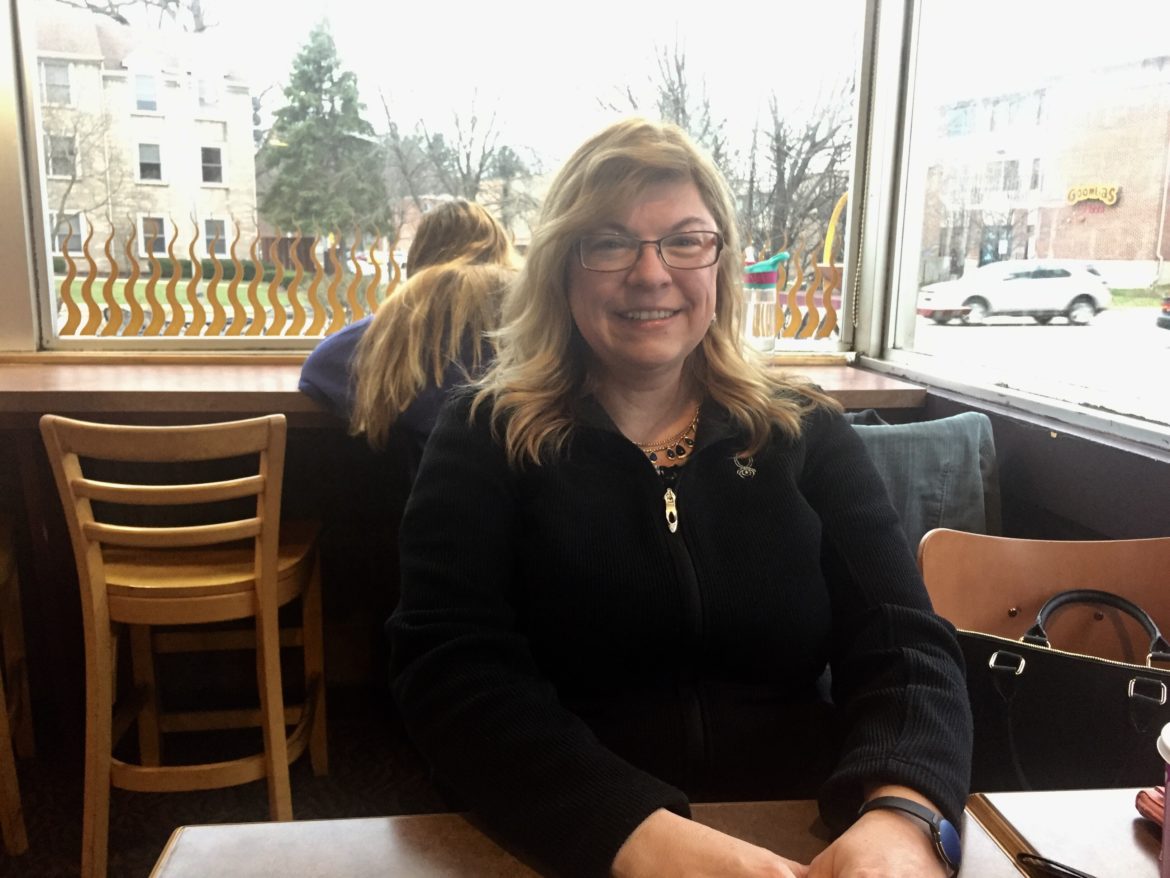 In addition to being mayor, Gilroy works a full-time job at Lansing Community College as a project management specialist.

Gilroy said she has been a life time resident of Williamston and she has family roots in the town that go back three generations.

“I knew that I wanted to raise our daughter in Williamston because it was such a good educational experience for me and I have the family roots there,” Gilroy said.

Gilroy said when her daughter Kelsey went off to college she became driven to give back to her community.

Although she previously never had any political aspirations, Gilroy said she decided to apply for a position on two different boards in Williamston, the Economic Development Corporation and the Tax Increment Finance Authority.

“I spoke with our mayor at the time and he said he would love to have me come aboard,” Gilroy said.

Gilroy said shortly after being seated on the two boards, an article came out saying there were not enough candidates to fill out the ballot for the city council positions in the 2013 general election.

“With less than two weeks until the election, I decided to become a write-in candidate,” Gilroy said. “So for two weeks I hustled and handed out flyers and went door to door. I didn’t win in 2013, but I just decided at that point and time that I am launching a two year campaign for the next general election that happened in 2015.”

Gilroy said she campaigned hard and went out and spoke with the residents about their concerns for the city. Ultimately, she ended up winning the election with the most votes.

“I was very humbled by that whole experience,” Gilroy said. The city council room where Gilroy sits front and center.

Gilroy said when she joined the council, it was already filled with many veterans.

“We have two former mayors that are currently on the council,” Gilroy said. “James DeForest, who has been with city council on and off for 20 years and Noah Belanger, who was the current mayor when I was elected to city council.”

Gilroy said she asked Belanger if he could mentor her for a future role as mayor.

In Williamston, the council is elected through the general election and then the mayor is chosen from within the council, Gilroy said.

After being mentored by Belanger for roughly a year, Gilroy became mayor.

Gilroy prides herself on having a hands on relationship with her community.

“We’re a very open community,” Gilroy said. “I host a bi-weekly coffee hour in Williamston. It’s called Morning Rise & Shine with the Mayor and every two weeks I make myself available for anybody that wants to come sit with me and have coffee.”

“Tammy has been great to work with and she has a lot of good ideas for the community,” Piner said.

“She knows Williamston well because she’s grown up here and basically lived here her whole life and she takes a lot of pride in the community,” Dolley said.

Just months after beginning her duties on the EDC and TIFA boards, Gilroy said she became interested in becoming a reserve officer through a conversation with a reserve officers working at the Williamston ArtFest.

After receiving encouragement and support from those around her, Gilroy said she decided to go for it and begin the training.

“It’s a combined 100 hours of ride along with all of the officers at the different shifts,” Gilroy said.

Gilroy said being the only female reserve officer helps to provide a different perspective to the police department.

“We’ve had certain calls that we have had to go on where a child is involved or there is a domestic issue involving parents,” Gilroy said. “And it’s not that my male counterparts don’t have that sensitivity, but it’s nice to have that female aspect.”

Gilroy said her duties as a reserve officer and as mayor of Williamston do not create a conflict of interest.

“That was actually brought up in my very first meeting as mayor by a fellow council member,” Gilroy said. “Our city attorney went through the Michigan Municipal Codes and found it’s not because the reserve officer is completely volunteer, it’s not a paid position.”

Gilroy said being a reserve officer helps provide her insight on what the community can improve on.

“It lets you know that even though it’s a small town, things can happen,” Gilroy said. “You realize, as a mayor and a council member, Williamston has its problems just like any other community does.That helps me be able to recognize what we need to do to make it a better community for our residents.”