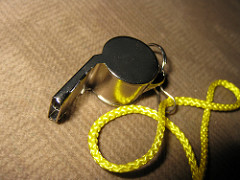 A recent spotlight has illuminated whistleblowing in the media, not only in the White House leaks but in local news and on many smaller scales.

President Donald Trump’s claims of being tapped have been confirmed by a National Security Agency whistleblower.

The NSA whistleblower William Binney, released information about the wiretapping on Trumps phone calls. He also mentioned that although the NSA may not be directly tapping phone calls and emails, they are retrieving the data.

Whistleblowers are employees of companies who disclose about legal or safety issues within their place of work.

“Employees used to always keep their mouths shut because their families were depending on their income,” said Metro Detroit attorney Bob Davis. “How whistleblowing came about was the realization that employees should not be put in the position of choosing between reporting wrongful acts at work versus keeping their job.”

The Whistleblowers’ Protection Act, co-sponsored by Sen. Chuck Grassley and Sen. Carl Levin of Michigan, protects employees who have witnessed violations and report them to a public official outside of the company.

More whistleblowers have been coming forward, and, although they are protected by the act, they are still losing their jobs.

“What the act really wanted to do was protect employees from the retaliation of a company and the wrongful firing of an employee just because a report was made that the public should know about,” Davis said in a phone interview.

Laurent Richard, an investigative journalist from Paris who is now a fellow with the Knight Wallace Fellowship at the University of Michigan, shared his experiences with whistleblowers and his expertise from his work during the Luxembourg Leaks.

The Luxembourg Leaks was the work of investigative journalists who surfaced a financial scandal in late 2014.

“Based on my experience as an editor from my agency in Paris, we are entering in 2017 into a new era for whistleblowing,” Richard said. “For the last five years there were the Snowden files, wiki leaks, Luxembourg leaks and last year there were the Panama Papers.”

Leakages have not stopped there, they were a headlining topic during the 2016 presidential election and now more leaks are coming out of the White House.

In Michigan, whistleblowers are facing termination as well as discrimination. A firefighter, Daryl DuPage of Clay Township, in Clair County, was fired after filing a complaint reporting two issues going on within the township as well as officials whom he worked with.  Another example is a whistleblower from Flint, Leanne Walters, who shared information concerning the Flint water crisis. Her son contracted lead poisoning from the Flint water and since then she has taken a stand. Her husband, Dennis Walters, experienced harassment at work because of his wife’s involvement of bringing attention to the water in Flint.

“Whistleblowing is a part of freedom of speech provided you’re not violating a collective union bargaining agreement and providing you are telling the truth,” Bob Davis said, “The freedom of speech does not cover lies, you will never get protection if what you’re saying is a lie.”

Whistleblowers risk their livelihoods and careers when deciding to stand up.

“The thing is that the life after the leak is critical because once you leak and go public and you admit publicly that you did the leaking it might be difficult to find a job and your life will change,” Richard said. “People need to be aware of that and I think our society needs to help those people who sacrificed their livelihoods for ours.”