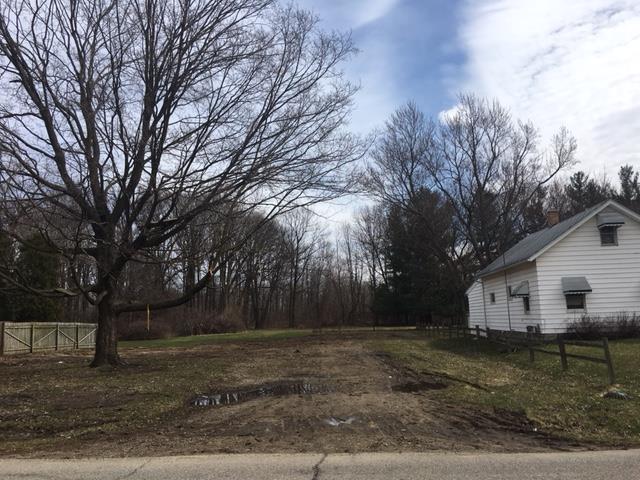 A vacant lot that used to be known as the premises at 507 Stoner St. in Lansing Township, Mich. The Lansing Township Board of Trustees voted to tear down the property as it posed a safety hazard for the general public. Demolition for the house started on March 8, 2017. Photo by Casey Harrison A vacant lot that used to be known as the premises at 507 Stoner St. in Lansing Township, Mich. The Lansing Township Board of Trustees voted to tear down the property as it posed a safety hazard for the general public. Demolition for the house started on March 8, 2017. Photo by Casey Harrison

Homeowners on the township’s west side have one less problem to worry about.

The Lansing Township Board of Trustees decided on March 7 that a rental property at 507 Stoner St. had to be demolished. According to the Ingham County Treasurer’s Office, the 956-square-foot home was built in the 1930s and had been in delinquency since the summer of 2015.

“Buildings in our township are usually torn down because they pose as a safety hazard,” Lansing Township supervisor Diontrae Hayes said. “It was demolished because it was collapsing internally. There were several sections of the foundation that were missing, and there was a family of five raccoons living inside of it.”

With the eyesore it posed for passersby and neighbors alike, it something had to be done so it didn’t have an effect on the values of other properties in the neighborhood. Estimates of the property value for that lot range from the Treasurer’s Office’s appraisal of $23,900 to Zillow.com, which estimated the home at $65,873.

“There can definitely be a negative impact on the rest of the neighborhood,” said Mark Skidmore, an economics professor at Michigan State University who specializes in public finance and property taxation and the effects of falling valuations on governmental tax receipts. “So the idea is if we can eliminate the eyesore and have just a vacant lot, or build something new then it would help stabilize the neighborhood.”

“So the vacant lot has a negative impact on neighboring property values, but it’s not as negative as having a real junky house next to you,” Skidmore said.

Zillow listed several properties on Stoner to be worth six-figure values and three houses on Stoner were appraised for over $300,000.

Roger Weymouth, Century 21 realtor, and president-elect of the Greater Lansing Association of Realtors, or GLAR, said there are a number of homes in the Greater Lansing area that are going up in price due to staggering changes in the supply and demand of the housing market.

“Prices are increased because we’re seeing a reduction from last year,” Weymouth said. “We’re multiple offers on homes and that creates competition. You put your best foot forward, do all your homework, it’s priced correctly, there’s a good chance you can be competing with multiple offers. Right now you want to come in strong, where three or four years ago there was a lot of lower prices and not as many offers accepted.”

In its Market Data Report for February 2017, GLAR found a 30.9 percent decrease in “Active Listing Count,” from February 2016, meaning there was a sharp drop-off in properties available for sale. GLAR also reports a 29.9 percent decline in “Pending Sales Count.”

Weymouth said the low supply culminated with the high demand is a reason for a 10.5 percent increase in average listing price.

Sales for single-family, condominium and townhome properties have taken an even more vast downturn — after a 24.8 percent hike from February 2015 to February 2016, pending sales are down 42.1 percent.

The average listing price of single-family, condos, and town homes — however — are up 13.7 percent since last year, with the average home valued in the Ingham-Eaton-Clinton tri-county area has risen to $185,000.

“There are some things here that support that notion,” Hayes said. “What happens when houses are becoming available in Edgemont Park, in Ravenswood, and Groesbeck, they are not staying on the market for very long.”

So why the sharp increase all of a sudden? Lansing Township’s Eastwood Towne Center may be a part of the high demand. As the economy continues to recover from the 2008 recession, the revitalization of Lansing as a whole could be what’s making the area a new destination.

“I personally haven’t seen a full recovery since the recession,” Weymouth said. “But I’ve seen a lot of good progress, a lot more construction and subdivisions popping up again … We’re cautiously optimistic.”

Said hayes: “You can see a house come up on the market this week and it’s not unreasonable to see a couple of weeks pass by with a sold sign in the front yard

“I think there is a demand now.”