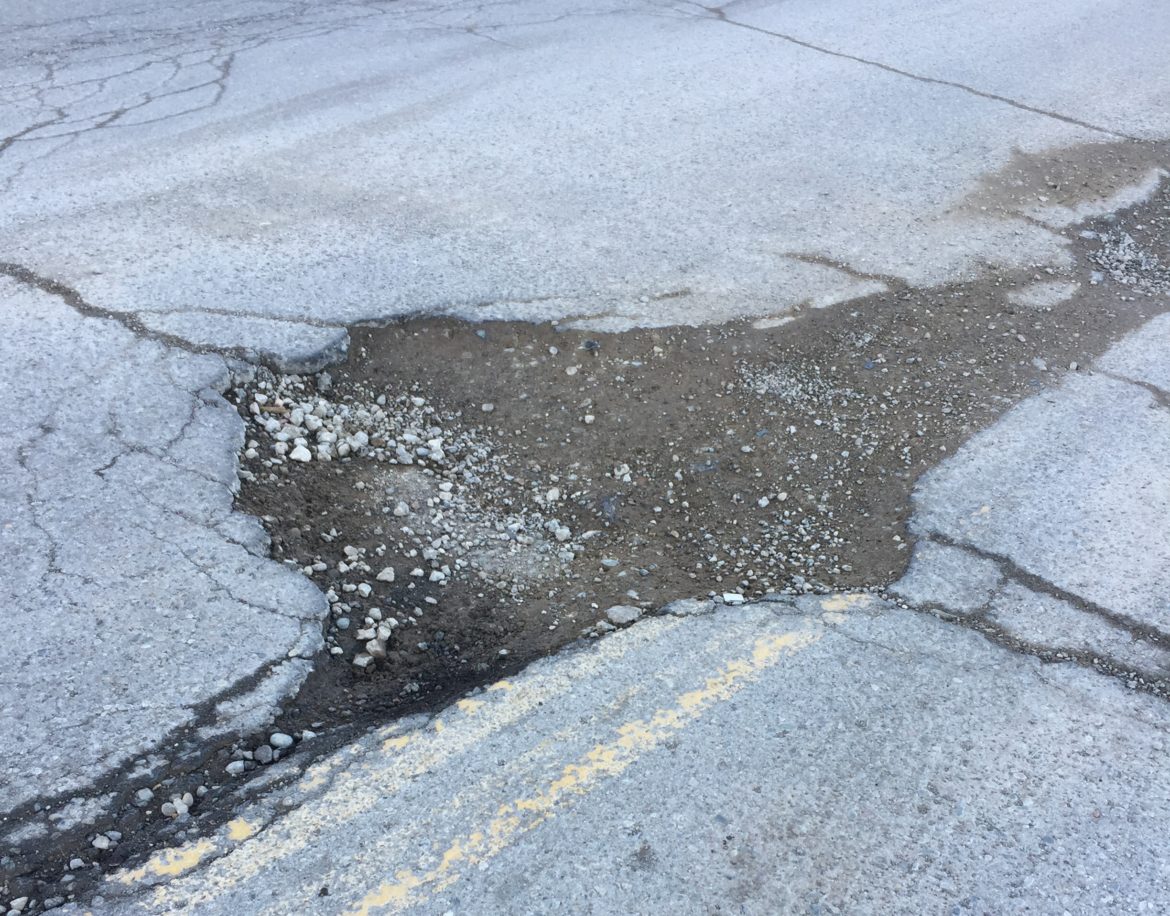 With winter quickly coming to an end, Michigan’s residents face with new hazards as the roads continue to deteriorate.

Alan Dolley, the city manager of Williamston, said it is concerning to see the city’s roads degrading every year.

“The funding just isn’t there,” said Dolley. “When I talk about road repairs in the city of Williamston, it’s not just the surface of the road but it is also the structures underneath the roads.”

You can listen to the full interview with Dolley below.

The renovation to completely fix Williamson’s roads would cost approximately half a million dollars, but Dolley said it is impossible right now for the city to get this whole amount at once.

“This committee has looked at numerous funding options from what the city charter says we can special assess,” said Dolley. “We have put forth a road millage for residents to vote on, city income tax to fund the road and infrastructure was looked at, along with other potential options.”

The problem with road conditions is widespread in Michigan. In 2014, Legislators spent $284 million of extra cash from the general fund budget to help improve road conditions in the state and voted on a seven percent increase on sale taxes to help fund road renovations.

According to the Michigan Transportation Asset Management Council, between 2014-2015 Michigan only had 16.3 percent of their roads considered to be good with 44.48 percent fair and 39.22 percent being poor.

Evan Patton, a firefighter for the city of Detroit, said it is often overlooked how the roads have an impact on him and his job.

“With the roads being as bad as they are, it’s definitely an impact on our response time,” said Patton. “With the city getting out of a bankruptcy, one of the top things I want to see is the roads get better.”

You can watch the full interview with Patton below.

Stacey Patterson, a Detroit native, said it is unfortunate to see a city like Detroit struggle as much as it has over the past decade with roads.

“Detroit roads are what we call a patchwork of potholes,” said Patterson. “Especially after the winter time roads are usually a mess in the summer.”

You can listen to the full interview with Patterson below

Troy Rose is a junior at the School of Journalism at Michigan State University. He is studying to become a writer and sports broadcaster.