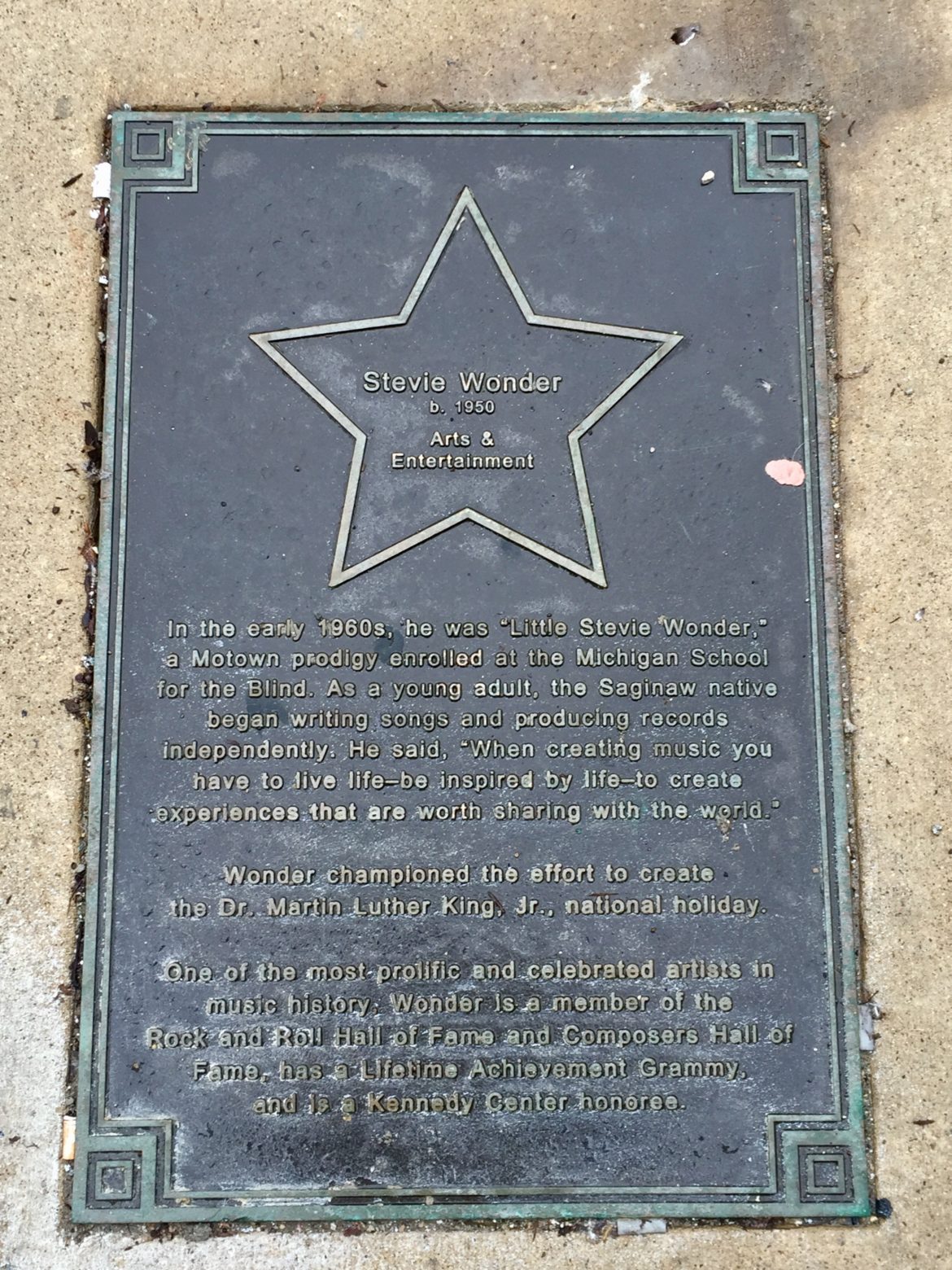 Image of Stevie Wonder's plaque on the Michigan Walk of Fame. Photo taken by Andy Chmura Image of Stevie Wonder’s plaque on the Michigan Walk of Fame. Photo taken by Andy Chmura

From coast to coast, every American has heard of the famous Walk of Fame in Hollywood. You have seen pictures on social media of people crouching down next to the star-studded engravement in the sidewalk with the name of their favorite movie star or musician embedded in the center. But what many people do not know is that there is a Michigan Walk of Fame in downtown Lansing that honors past and present residents of the state of Michigan.

Located on Washington Square in downtown Lansing, the Michigan Walk of Fame consists of 23 bronze plates inserted into the sidewalk, commemorating some of the most famous Michiganders of all time, such as Henry Ford, Rosa Parks and Stevie Wonder.

“Well, we actually had public nominations for it,” said Clark. “So we put it out there on the internet and invited people to nominate people for it. We had several different categories because we wanted to get people in all walks of life, and then we had a panel of Michigan historians, librarians [and] folks that know the state to then actually judge the nominations for us.”

Peter Knupfer, a Michigan State University history professor, believes that the idea of commemorating people of importance in stone is a custom. Although historical figures are honored in this way, Knupfer says that the act of commemorating them is not history in itself. It is the same idea as creating a statue of someone.

“I think of it as a matter of heritage. The act of doing so tells future generations what the memorialists think is worth remembering, a decision that is likely to be challenged in the future by those who either see no special significance to this selection of heroes, or have a new set of famous people they want on the list, or decide that this pantheon needs to be removed or changed to reflect changing values and understandings of the past,” he said.

After completing the complex process of being the first state to have its own Walk of Fame, one would think that the Michigan Walk of Fame would be advertised so that every visitor in Lansing would know what it is. But this is not the case. In fact, there are some people who live right by the Walk of Fame who have no idea that it even exists.

“I don’t think it’s a very large event, and it’s not advertised around Lansing area,” said Ethan Simmer, a resident who lives near downtown Lansing. Simmer, even after being described what the Michigan Walk of Fame is, claims he never heard of it. It may seem strange that someone could walk over the bronze plaques constantly, yet not know what they are. However, they are more difficult to spot than one may think.

The Michigan Walk of Fame is spread out across Washington Square. There is no consecutive line of stones, as there is in Hollywood. The plaques are also shoved to the edge of the sidewalk, where it is difficult to notice unless you are looking for it. It appears peculiar that a process that to create the Michigan Walk of Fame that was described as “rigorous” would be so low-key. But Clark has a couple ideas on why this may be.

“It lasted for two years and then personnel changed, and there was no funding to continue it … The idea was that all of the main streets in downtown Lansing would eventually have those plaques on them,” said Clark. “So they kind of spread them out a little bit, thinking that it would fill in which, of course, it didn’t.”

“I suspect it’s how it is right now, but you never know,” said Clark of the future of the Michigan Walk of Fame. “If somebody were to say, ‘hey we need to pick this up again,’ it would not be hard to pick up again.”