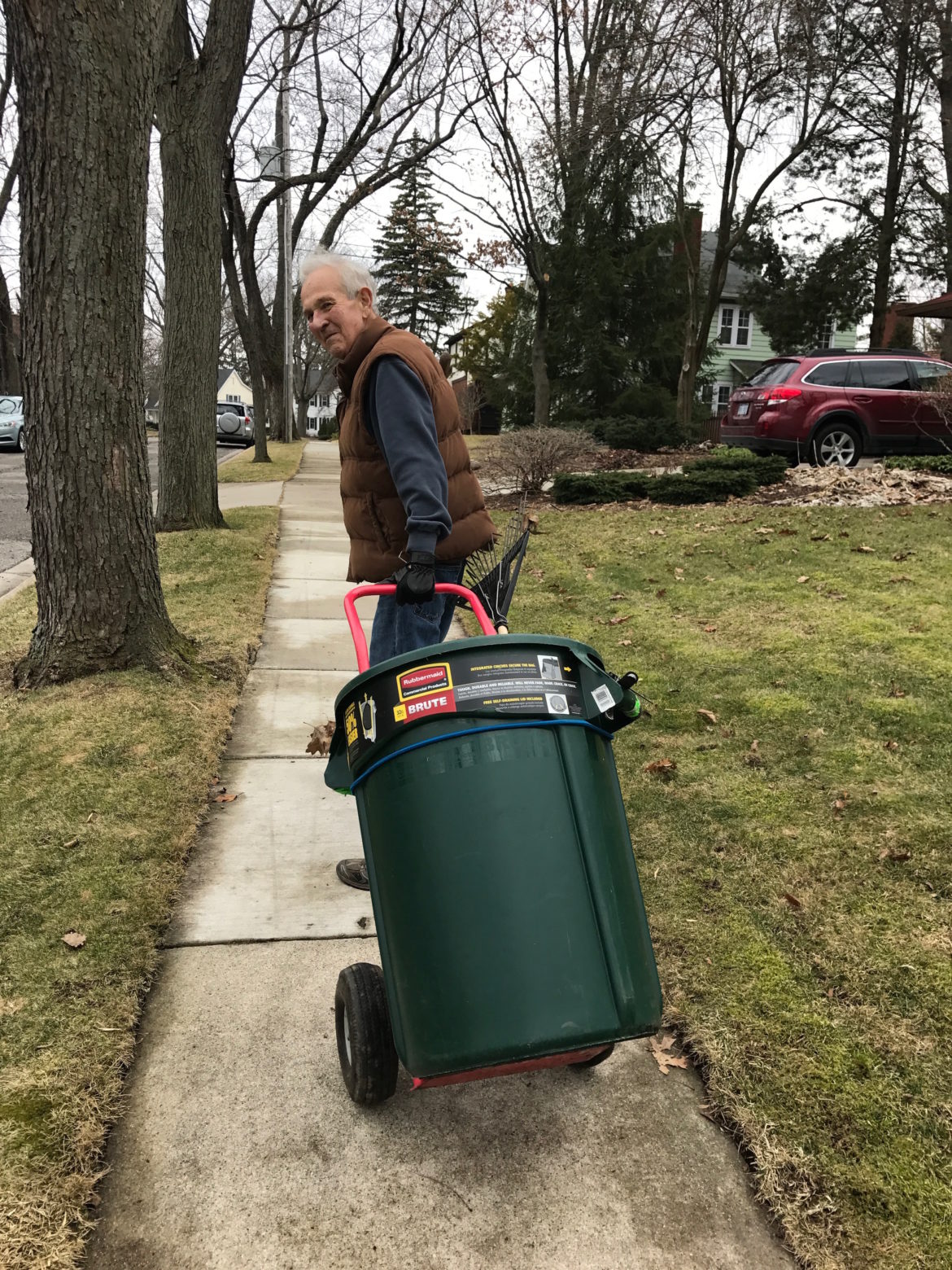 Dave Reinhart enjoys working in his garden during this warm February weather. Dave Reinhart enjoys working in his garden during this warm February weather.

During February, cold weather and snow is typically expected in East Lansing. However, this year in February was different. This past week there has been a warm front in East Lansing, with a record high of 66 on Feb. 19.

East Lansing residents have been taking advantage of the weather. Between walking their dogs, gardening, tossing a football, and partying, there has been a lot to do outdoors.
Drew Murray and his wife took their dogs on a walk during the warm weather. He mentioned that the weather is usually not this nice.

“Typically it is very cold, a little messy, but this is beautiful, early spring weather. We’re excited to get the dogs out walking. It feels good,” said Murray.

Murray finds this to be the perfect weather for getting his dogs out and about and getting himself some exercise too.

“Walk the dogs, take them for a run, that’s about it, not too much. Yard work, go to the dog park. Try to get out and enjoy it. We try to take them out, kind of running, and take them to the field down at the Hannah Community Center,” said Murray.
In a college town, with nicer weather comes more parties, but this doesn’t seem to be an issue for the Murrays.

“We’re 32 now, so we’ve lived in college towns since we’ve graduated. It’s nice to have the campus close, but then have a little separation with dogs and family, so you’ve got to appreciate the students,” said Murray.

Lt. James Campbell of the East Lansing Police Department has found himself and his colleagues busier than normal during this time of year because of the nicer weather. Over the past week they have written 10-12 tickets.

“Yeah, I know the last few days we’ve written more noise violations, and party tickets, including party litter and all of that good stuff because of the crowds that gather at the houses and it’s all because the weather is unreal for February,” said Campbell.

The students living in the residential areas are ready to party, but the neighbors are not prepared to deal with the noise and crowds.

“The neighbors are not too happy because their winter is being interrupted. Sometimes you’ve got to get mentally prepared for the student parties like this and you can’t really get mentally prepared in February. You kind of expect that for the springtime, Final Four time, definitely in the fall for football season, but for February it’s kind of a shock to people,” said Campbell.
Dave Reinhart, an East Lansing resident for close to 30 years, doesn’t mind the noise from the parties and reminisces about his college days.

“You can hear it, but I remember when I was a kid. So people probably felt the same way. I think part of what we have to learn, unfortunately in this society we don’t do very well, is tolerance,” said Reinhart.

“Look at that, that’s a ginkgo tree, and look at the buds on it. Those buds aren’t supposed to come out until April, they always used to, and I have plants, I have witch hazel. Witch hazel typically blooms in February, now it blooms in November. So you can ask people, but look at plants, look at everything else,” said Reinhart.

Reinhart has seen notable changes in the weather over the past 30 years.

“In the last 10 years it just gets more odd and more odd. I mean, that’s why they call it climate change. The scientists, I guess, screwed up at first when they called it global warming because you have cold and warm. You just have odd weather,” said Reinhart.

Even though Reinhart finds that this sudden change in weather messes with his garden, he does find it to be refreshing.

“I go for walks, get the car cleaned, things that people typically do. I went by The Peanut Barrel last night and there were tons of people sitting outside. I don’t typically do that, but you know, just those kinds of things. People get tired of being inside,” Reinhart said.