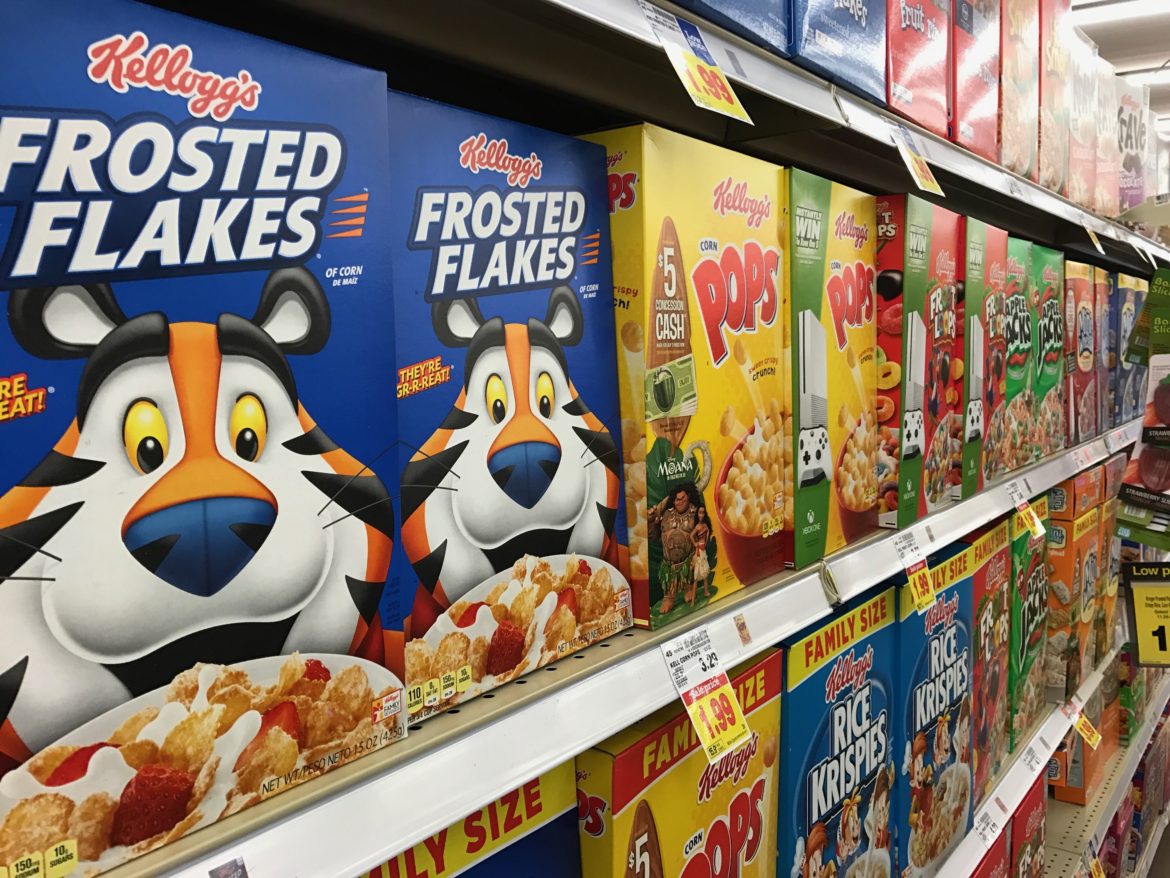 An iconic Michigan brand and a controversially connected news site have clashed in a disagreement that raises new dimensions about advertising, Twitter and free speech.

The controversies began when cereal maker Kellogg Co. announced it had pulled its advertisements from Breitbart News.

Kellogg released a statement saying its values no longer aligned with Breitbart’s.

Breitbart News describes itself as an alt.right news site and one of its founding board members is Stave Bannon. He was selected as chief strategist under the Trump Administration. Bannon’s involvement in the 2016 presidential campaign affected the relationship between Kellogg and Breitbart.

Breitbart News bit back with a campaign titled “#DumpKelloggs” with the tagline “Join the movement against Kellogg’s bigotry.”  Breitbart also launched a petition asking people to boycott the Kellogg Company. In traditional media, it is rare to launch the boycott of a business.

By pulling its ads, a company can try to muffle the press. On the other hand, a news organization that asks readers to boycott a company has the right to do that, but compromises its ability to cover that company.

Julie Van Ameyde, the owner of her own public relations and social media company, gave her expertise on the way these companies handled the matter.

“I think Kellogg shouldn’t have positioned it that way, that they felt that Breitbart didn’t have the same values, half of the U.S. has one opinion and the other half has another, but they all eat cereal,” Julie Van Ameyde said, “They should have said they aren’t going to be doing as much third-party advertising.”

Breitbart’s campaign went live, the hashtag was trending on Twitter. Consumers, subscribers, celebrities and other companies from both sides of the conflict expressed their opinions via Twitter.

The #DumpKelloggs campaign explains, in detail, why Breitbart has chosen to boycott Kellogg.

“They insult our incredibly diverse staff and spit in the face of our 45 million highly engaged, highly perceptive, highly loyal readers, many of whom are Kellogg’s customers,” the Breitbart statement said, “If you serve Kellogg’s products to your family, you are serving up bigotry at your breakfast table.”

While Breitbart subscribers are tweeting out against Kellogg, its consumers are not standing down.

“They (Breitbart News) have the right to say what Kellogg did to them and they can start a hashtag about Kellogg and share that with people, it is part of the First Amendment,” Van Ameyde said.

Kellogg is not the only company that has decided to go in a different direction recently. Nordstrom also dropped a brand name from their spring collection. They announced that they will no longer be carrying the Ivanka Trump collection. However, they had a more professional reason than values. As a company they only buy brands that will sell, and recently the Ivanka Trump brand has not been performing well on the shelves.

That decision drew a Twitter barb from Donald Trump. “It has a lot to do with trends both in the past and prediction for the future,” said Sydney Carpenter, an intern at Nordstrom headquarters, “It is all based on numbers and if it is not bringing in sales then we are going to get rid of it.”

On Twitter, many hashtags are trending, whether it be #DumpKelloggs or #boycottstarbucks.

Starbucks is being ridiculed because of its announcement to hire 10,000 refugees within the next five years.

Companies have the choice to bring in politics to their brands, which can turn off consumers.

“It takes years to create a brand and in minutes it could be destroyed,” Van Ameyde said.