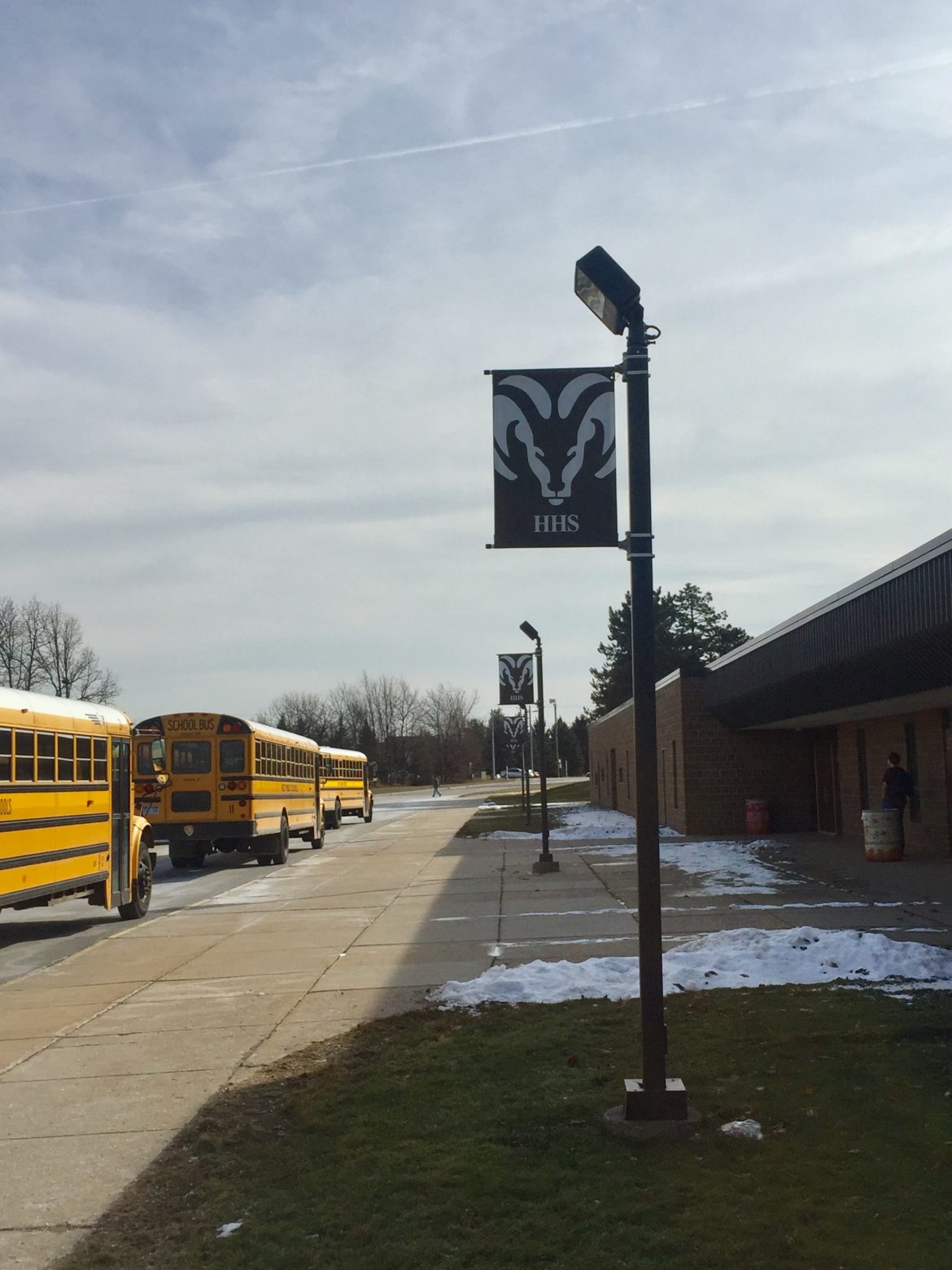 Delhi Township Supervisor John Hayhoe leaned back in his chair at Tim Horton’s gazing out the window listing off the positives of Delhi Township and Holt when he came to a mid-thought remembrance.

“The one thing we do have that’s a nice draw is Holt Schools,” Hayhoe said. “People actually move in to Holt so their kids can go to the local schools.”

Holt High School stands alone in what appears to be an old field. It’s a sprawling structure of brown brick and slanted roofs, reminiscent of multiple supermarkets placed next to each other.

After what Hayhoe labeled as a “tough bill to pass” the bonds were sold through a millage and construction began in 2000 and concluded for the start of the 2003 school year.

To the tune of approximately $66 million a new Holt High School was built, placing the town and its school system into the modern world of grandiose schools meant to attract and keep families in the area.

But even with the grandeur and draw of the new building, does bigger equal better?

Lisa Scholten has one child who attends the high school. Though she didn’t move to the area for the school system she felt it had benefitted her children. As for the size of the high school she added “it’s a little big but I think it’s great.”

Hundreds of others appeared to agree as well as the Holt school system steadily increased its student count by nearly 300 kids from the 2003-04 school year to the 2006-07 school year according to mischooldata.org.

Executive director of finance and business services Kim Cosgrove confirmed Holt Schools had an increase in enrolled students after the new high school opened noting the hearsay of Holt being a choice school was backed by numbers.

Even with the increase in students during the early years of the brand-new high school Holt schools’ numbers have dwindled down to below the 2003-04 numbers as 5,654 were enrolled in the district during the 2015-16 school year.

However according to the 2010 U.S. Census 25.5 percent of Delhi Township, which encompasses the unincorporated city of Holt, is under the age of 18 meaning Holt has retained a steady school age population.

With the birth of a new modern and massive high school, the aesthetic was there to attract new families. Cosgrove contended that the construction of the high school helped spur on the development of neighborhoods

“One of the things Holt has done, and they’re very progressive, is a few years ago they cited they were one of the first schools in the area to start giving their seniors college credit,” Hayhoe said.

Hayhoe further cited the luxuries of the high school which contains “plasma TVs in the cafeteria” and a pool.

Furthermore the high school is split into two campuses with the larger of the two hosting the grades nine through 12 and the smaller being a senior-only campus.

The high school offers a plethora of career-related elective options as well ranging from languages to journalism to consumer education. But for some parents with younger children not yet at the high school, certain aspects of the school system are missing.

“My only issue is gifted and talented because my oldest son, he could use more stimulation,” Holt resident Christen Lott said. “Other than that we’re pretty happy with the schools.”

But have the different routes of academia translated into results?

State of Michigan 2015 ACT composite score average registered at 19.9 and 20.2 percent of Michigan students who took the ACT were considered college ready.

The database allows for a look back at scores until 2011 and shows Holt Schools never dipped below a 19.5 average on the ACT during the span from 2011 to 2015. It’s 18.6 percent college readiness was the highest percentage during that span.

Holt High School’s size and attraction however has left it meeting state averages for testing though it doesn’t necessarily the curriculum and the students have been average. Further with a high student count and developing neighborhoods, the increase in population will lower scores overall.

“Holt was willing to put the funds into education of the children which meant a lot,” Hayhoe said. “We’re continuing to grow and we believe in our children’s’ education; I believe that’s why people continue to move into Holt.”