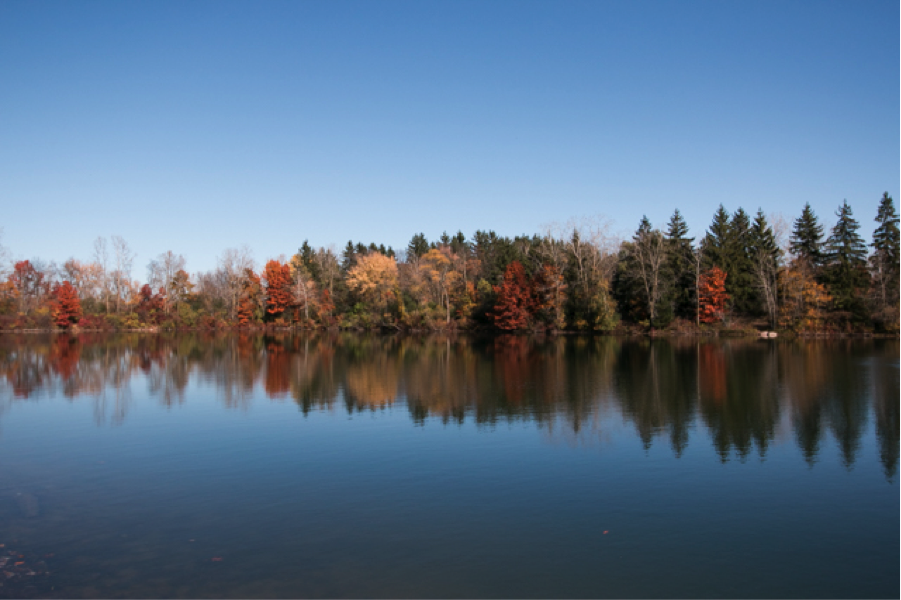 Climate change could make rain and snow unpredictable in Michigan, scientists say, which could affect agriculture, insects and ski slopes.

The consequences could be severe for Michigan, researchers who study climate change say.

Levels of precipitation are likely to become imbalanced, leading to more droughts and floods, making farming more risky and causing insect populations to swell, said Michael Libbee, the director of Michigan Geographic Alliance and professor at Central Michigan University. There likely will be a tick infestation, which will affect hunters, and snowfall may decrease, leaving snowmobilers and skiers out of luck.

A 2016 survey of Americans by Muhlenberg College and the University of Michigan found nearly two-thirds believe there is solid evidence of climate change. But 19 percent of those survey said they were unsure and 15 percent said there is no solid evidence.

What effect could climate change have on Michigan’s economy?

That depends, in part, on what the Trump administration does with environmental regulations, researchers say. Read more

And even among those who do believe there is evidence of climate change, getting them to take meaningful action to do something about it is challenging.

“It’s tough to get a group’s attention in these matters,” Libbee said. “People make a decision based on self interest, which is not necessarily a bad thing. Most people are concerned with their own lives, families and jobs.”

But more people should be concerned, said Aaron McCright, a sociology professor at Michigan State University who researches public understanding and political dynamics of climate science in the United States. A change of 3 degrees warmer or colder could have significant effects on the globe, he said.

“We now are living in this very narrow range, where if we go above that or below that, then we’re talking about oceans boiling over, versus ice covering most of the Earth,” McCright said. “Once Earth passes a threshold – a certain level of heat – then climate change will start accelerating.”

In recent years, McCright said Michigan hasn’t experienced as many severe weather-related events as some other states — or other places in the world — which can make raising awareness about climate change a larger challenge for advocates.

“Climate change does make Michigan’s weather less consistent. We call that ‘global weirding,’” McCright said. “But instability has been much more severe in other parts of the country.”

Organizations like the Michigan Environmental Council believe the state is experiencing the effects of climate change.

“Climate change is not just a future problem – it’s happening now,” Andy McGlashen, a spokesman for Michigan Environmental Council, said in an email. “We need to act quickly to rein in climate change so future generations can enjoy the Great Lakes, wild streams and beautiful forests.”

Despite having protocols in the event of a flood or fire, Michigan State University has little action plan to combat rising temperatures, MSU Sustainability Officer Carla Iansiti said.

Residence halls at MSU are without air conditioning, along with many cafeterias. Iansiti said Michigan State recognizes weather above 90 degrees on campus is becoming more common in summer months — but that hasn’t yet led to widespread remodeling in residence halls.

“Michigan State does have talks about what to do in the future, but no one is actively pursuing when exactly,” Iansiti said. “Until the university sees something like that on a consistent basis, air conditioning will not be implemented into residence halls.”

It is difficult to motivate young people to participate, Iansiti said, because climate is not short term. Climate is not weather. It generally takes a minimum 30 years of data before climatologists will deem it climate. Young people are less inclined to combat climate change if there isn’t a present threat, Iansiti said.

Young people must be mindful of their responsibility to their environment, Iansiti said. Remembering to turn off the lights and water, recycle reusable plastic resources and walk to class are all important in battling global warming.

There are stickers above every light switch in MSU residence halls that remind students to turn it off. This is often a misconception among students, Iansiti said, because the stickers’ intent is to promote social responsibility, not save the university money.

“Michigan State is going to pay the same electric bill one way or the other,” Iansiti said. “They are meant for self-responsibility. It will teach good habits to each generation.”

The Michigan Environmental Council thinks the 2016 presidential election and local elections will play a factor in global warming. The key for young people, they believe, is to become electorally involved.

“Young adults should vote for people who acknowledge that climate change is a serious problem and who support aggressive action to avoid its worst impacts,” McGlashen said. “Those local actions can show what’s possible in a way that profoundly changes the conversation at the state and federal level.”

Charles Anderson, a 37-year education professor at MSU, said developed countries like Japan, Australia, China and Canada recognize climate change as a problem. The United States, however, is divided on the issue. “The only major party in an industrialized country that denies climate change is the American Republican party,” said Anderson, who leads an environmental literacy project that teaches young people about climate change. “There are conservative parties in other big countries, but they all agree that climate change is really happening and really being caused by humans.”

During the campaign, President-elect Donald Trump threatened to pull the United States out of the Paris climate agreement. In an interview with “Fox News Sunday” on Dec. 11, Trump said he’s open-mined about whether climate change exists, but also said, “Nobody really knows.”

Those who are involved in combating climate change are likely motivated by personal beliefs, said McCright, the sociology professor who studies public understanding of the issue.

“It’s a question of politics, morality and justice. If we think we are all part of the same world and we should have ethics toward other people, then people will believe in it,” McCright said.

“For those who aren’t motivated by that, think about the Michigan economy. For the last 40 years, it’s been dying. The auto industry will never be the same. Michiganders have to find a way to become competitive in the 21st century. They should harness the industrial know-how and be the intellectual property headquarters of this century, and solve problems like climate change.”