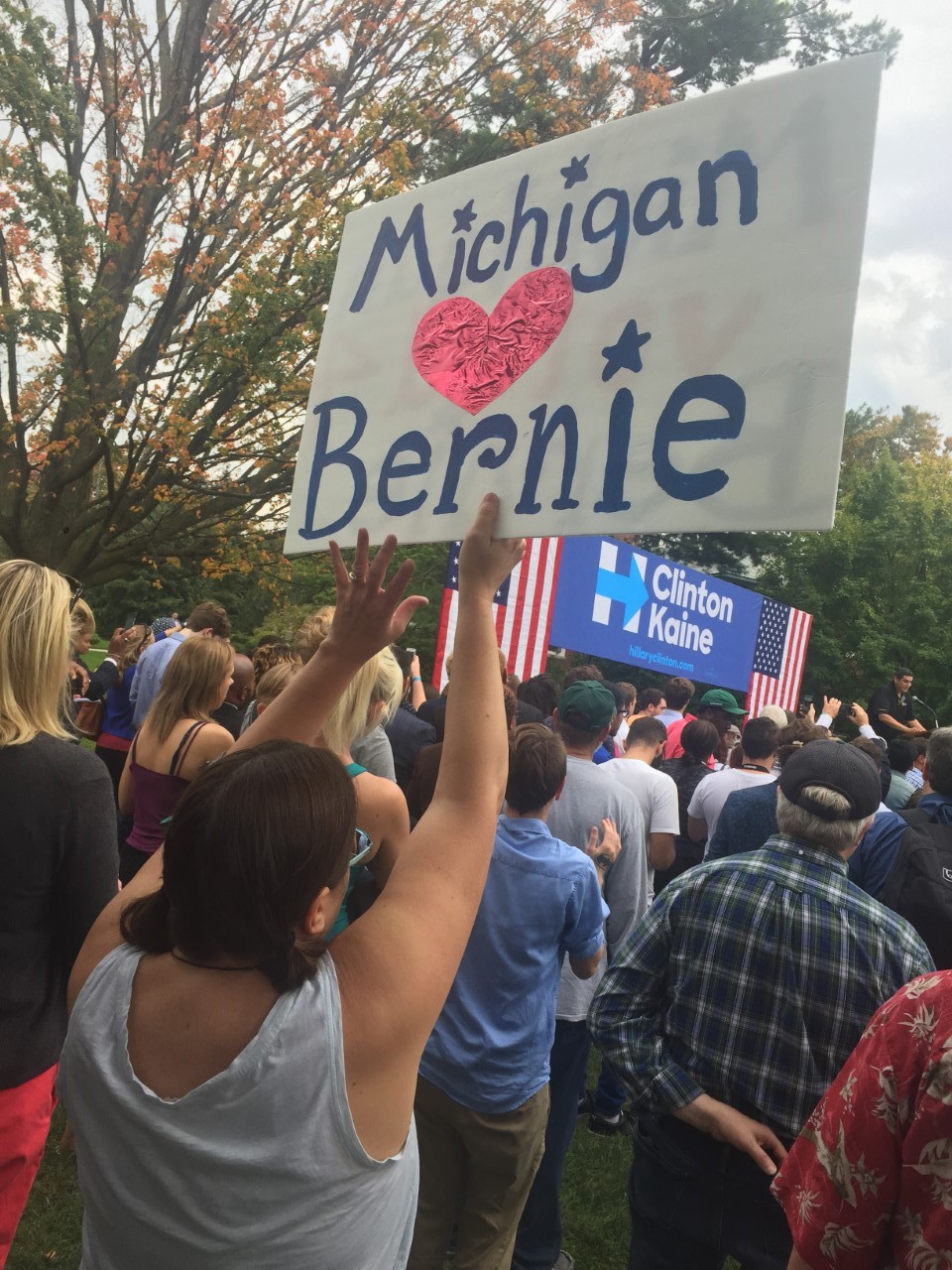 A supporter of Bernie Sanders holds up homemade sign during a rally at Michigan State University on Oct. 6. 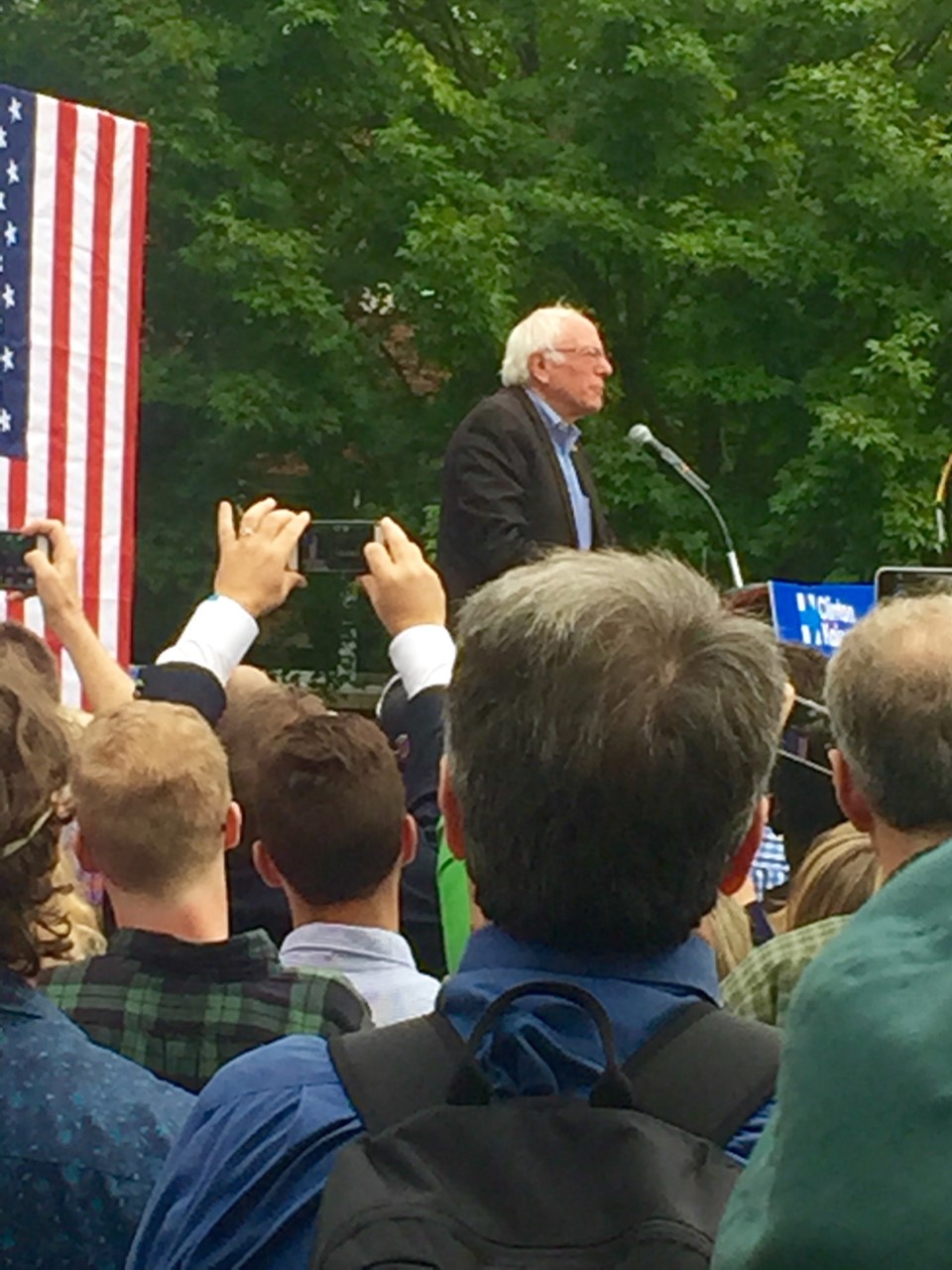 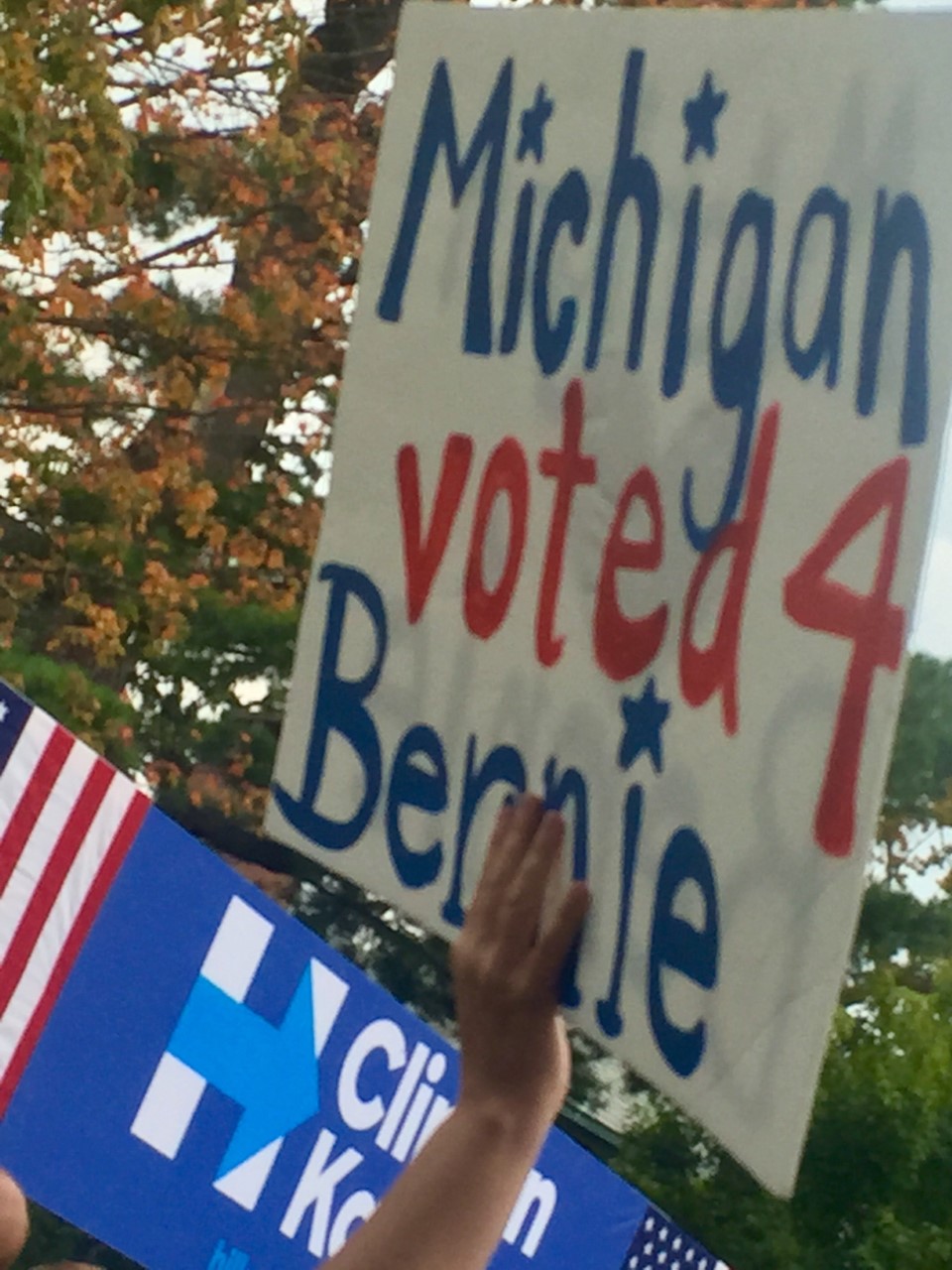 Sanders told the audience at Michigan State University that this November, the election is about repairing income equality between men and women as well as restoring middle class America.

“This election is not about Donald Trump. It is not about Hillary Clinton,” Sanders said. “It is about you and your families and the future of the middle class in this country.”

Sanders campaigned at MSU as a candidate in March and thousands of his supporters went to the Breslin Center to hear his speech.

“I voted for Bernie Sanders in the primary and I decided to come here to hear him speak one last time,” MSU student Tom Yazbeck said. “I know he’s going to be speaking in favor of the Clinton campaign and I’m okay with that.”

On Thursday, several hundred people gathered at Adams Field to listen to his 13-minute speech in favor of another candidate.

Sanders also attacked presidential candidate Donald Trump. He urged the audience not to vote for a political candidate who is “running for president on a policy of bigotry.”

Sanders spoke directly to voters and urged them to realize that Clinton stands for the same issues that he is known to support.

“We believe that you are the future of this country and we believe that it is absolutely absurd that  hundreds of thousands of bright, young people who have the qualifications and the desire, cannot go to college,” he said.

However, many are still reluctant to accept that Sanders is no longer in the running to be the next president.

MSU student Christian Martin said he was “bummed out” to find out he was out of the race.

“I’m here to see Bernie and not to back the Clinton campaign,” Martin said.

Several people in the audience said they voted for Sanders in the primary but now showed support for Clinton.

Yazbeck stated that he personally would rather have Bernie be the nominee over Clinton but figures that Clinton is probably the best candidate to vote for in the election.

A considerable amount of audience members stated that they were Clinton supporters as a last resort.

An undecided Bernie supporter holding up a sign showing support for Sanders says she understands why Bernie believes the American people should support Clinton but doesn’t believe she truly holds the values the Democratic party should stand for. She says she regards Clinton as being the “lesser of two evils.”

“To ensure that there isn’t a Trump presidency, he’s going to have to back Hillary and get other people to do the same,” MSU student Caitlin Taylor said.